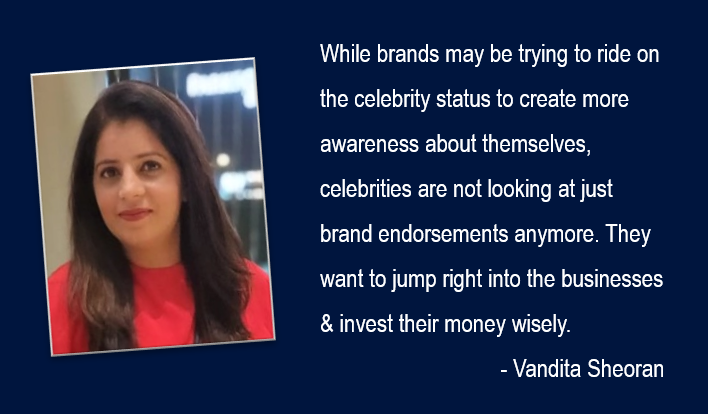 I’m so excited to be writing on this topic, as I really enjoy the start-up space and been following it for a while now. And not only because I have had the opportunity to work with some good brands in the start-up space in the past but I like to follow what brands are doing, who has acquired who? Who has invested crazy loads of money? Who’s trying to stay ahead of the competition? It is an interesting space to be in and what’s even more interesting to see is how our Bollywood celebrities have now suddenly taken a liking for start-ups.

The latest to join the bandwagon is Aishwarya Rai, who has recently invested in an air purifier start-up called Ambee. Now, how many of us had actually heard about this brand (considering it has been into existence for over two years now) before it got the funding from Bollywood Alister. I wonder if the brands are trying to ride on the celebrity status to create more awareness about themselves. But one thing is for sure, celebrities are not just looking at brand endorsements anymore, they want to jump right into the business and invest their money wisely.

Just over a month ago, we heard another Bollywood celebrity – Arjun Kapoor, investing in a food delivery start-up, which is also looking to empower women. Whereas, Malaika Arora, who herself is a known fitness freak, has invested in a fitness startup called SARVA – which has also received funding from global Icon Jennifer Lopez. What’s interesting to see is that some are just following their passion and investing into businesses they strongly feel for. Some of the other top Bollywood celebrities who have invested in start-ups include Deepika Padukone, Alia Bhatt, Akshay Kumar to name a few.

Though we are seeing a growing trend amongst our desi stars to invest in new start-ups recently, but the case hasn’t been the same for their global counterparts. Some well-known celebrities like Ashton Kutcher and Beyoncé have been entrepreneurs as early as 2010 and making millions of dollars today. One such celebprenuer (not sure if this really is a term :P) is George Clooney, who founded and then sold his tequila brand – Casamigos to Diageo for up to $1 Billion. And of course, how can we forget Kim Kardashian – who founded an online shoe and accessories company way back in 2007 and is currently in the news for her new shapewear brand ‘Kimono’ and received huge backlash esp. from the Japanese community. So much so that she decided to rename her brand and re-label the already made two million garments with the new name (Now that’s going to cost a lot 😐)

Another interesting case that I would like to share is that of Bumble – a location-based dating app, made by and for women. The dating app was not only being endorsed by Priyanka Chopra, but also saw her investing in the app. It was recently reported that its parent company – Badoo, founded by Andrey Andreev (who owns a majority stake in Bumble) was being questioned over conducting drug-fuelled parties and objectification of women. Not sure how true the news is but the incident was being reported by some of the ex-employees of the organisation. Well isn’t it funny that more often than not we end up hearing such news from former employees only.

Most of the start-ups, be it an Indian or a global, have at some point in time gone through some or the other not-so-pleasant news being written about them. How true are those stories, do start-ups really promote an “open and un-ethical” culture? What really happens is something that only an insider can tell. But I hope these celebrities are doing their due diligence before getting associated with any brand. I honestly too have heard and experienced some horrifying stories of what goes inside these start-ups, something that I wouldn’t be sharing here.

How’s the start-up game going to fair for all, only time will tell. Meanwhile, I’ll just get back to thinking if I too could come up with an interesting idea for my own business someday. Now who wouldn’t like to be their own boss. 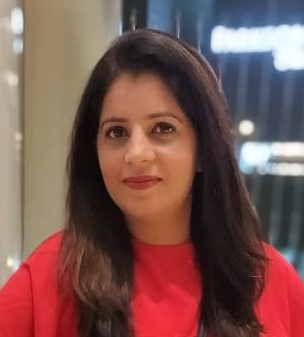 Vandita is a communications professional with 13 years of work experience in brand building, influencer marketing, crisis management and marketing communications.

During her tenure she, has had the opportunity to work with some of the largest corporations in the start-up, Information Technology, luxury, broadcast and FMCG sectors. As an experienced communication specialist, she has worked with brands to help build their communications strategies and objective to achieve their business goals.
SHARE TWEET PIN SHARE

Be the first to comment on "Are celebrities bitten by the start-up bug too?"

SPECTRA 2021: Storytelling for Business in the New World