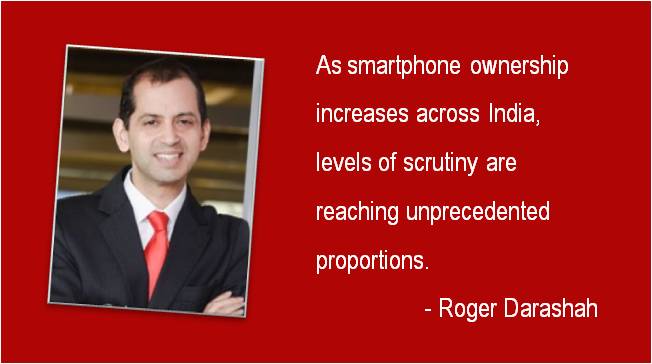 Nearly half the Indian population will own a smartphone by 2018, according to the latest figures from industry analysts, Zenith. The commercial and societal opportunities have been well-documented; from real time retail (so-called ‘impulse shopping’), to personalised services delivered on demand. But, this bonanza will come at a price; increased access to consumers will be matched by increased ease with which the same consumers can critique a brand’s behaviour.

2017 may remembered as the year the corporate crises went viral, from United Airlines’ forcible removal of a passenger on an over-booked flight from Chicago to Louisville in April, to Uber’s alleged ‘frat house’ approach to Human Resources. The speed with potentially incriminating evidence propagated across social media renders almost all PR scenario planning obsolete.

Reality is invariably more complex and nuanced than Twitter, but – in many cases – the reputational damage is already inflicted. The fact that United Airlines did not actually ‘drag a passenger off’ the aforementioned flight (the passenger was manhandled by Chicago Aviation Security Officers in accordance with their own protocols). Uber CEO Travis Kalanick’s ‘heated discussion’ with the discontented driver was perfectly civil until the last few seconds when the latter accused the former of personally ‘bankrupting’ him; a loss of self-control certainly, but one which was swiftly acknowledged in a published apology.

The best quote from this year’s PRAXIS recently held in Jaipur, was from Tata Trust’s newly appointed head corporate communications & public relations, Debasis Ray. He described the role of corporate communications increasingly resembling that of a ‘live reality show’ with every aspect of a brand’s behaviour being analysed in full view. And I believe that this is a wonderful metaphor for the situation facing corporate communicators in an age of 24-hour surveillance.

How to survive such scrutiny?  First, brands (and CEOs, in particular) should recognise that they no longer own the discussion; the era when they controlled media access and could dominate the debate has passed. Any firm that operates in the public domain – i.e. one which operates in the community, employs members of the public, and sells to them – will be subject to the same scrutiny. There are no exceptions.

Secondly, this scrutiny is not necessarily measured, balanced, objective or, even, fair. The United Airlines passenger was actually in breach of civil aviation law by refusing to following the directions of the cabin crew once aboard the plane; the airline staff were perfectly within their rights to summon assistance. This does not justify the resulting treatment of the passenger by the Chicago Aviation Security Officers, but it was the latter whose intervention sparked the crisis. It should be noted that, in the final instance, the Chicago Aviation Chief only issued an apology for this incident, acknowledging its role in the same, one entire month later; during which period United Airlines assumed the full impact of the incident, head on.

The driver who engaged in a discussion with Travis Kalanick was an actually activist involved in collective litigation against the company; one could argue that he was particularly motivated to cause a scene once he discovered his CEO was a captive audience. In fact, the driver’s allegation that Uber had reduced prices for it’s Black (limousine) service turned out to be baseless. But resulting coverage made little reference to this fact; headlines didn’t read ‘Uber CEO confronts activist driver involved in litigation against his company . . . .’, or ‘Uber founder confirms commitment to maintaining Black service prices . . ..’.  The accepted narrative of an aggressive Silicon Valley founder/CEO abusing a subordinate was too good to resist.

Thirdly, the truth can’t always solve crises – brands (employees) – do make mistakes; but verifiable facts can help to mitigate their impact. In my experience across various markets and countries, corporate communications directors who attempt to unpick the fact from the fiction – recognising the former and correcting the latter – are best placed to defend their brand’s reputation over the long term.  Those who simply deny any veracity in criticism – as a default starting point, with blanket denials or ‘no comment’ – risk committing a disservice to their brands (and their stakeholders).

Finally, while smartphones increase the levels of scrutiny to which brands are being subjected to – the so-called ‘reality show effect’ – they also increase the speed with which brands can respond with the facts and their side of the story. If errors have been committed address them, if policies require refreshing, provide milestones and updates, if untruths are being propagated, correct them.

The potential for India’s 500 million smartphone users to be – not merely 24-hour compliance officers – but 24-hour brand ambassadors, represents the real opportunity for any company operating here.

Be the first to comment on "Meet your new compliance officers, all 500 million of them!"

Communication for the new-age company