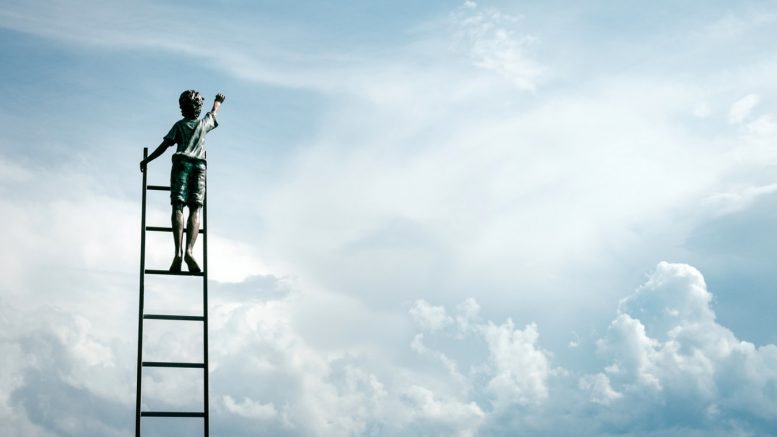 What sets an organisation apart? Who makes an enterprise great? How are remarkable companies remembered? The responses to these questions can vary. In my humble opinion the one-word answers to these three questions are Passion, People and Power, respectively. I have written couple of times about this organisation and it is time to write about it again. There are five reasons to do so now. Two reasons I will come to at the end of this piece. Let’s start with the first three factors.

The organisation completed 23 years a month ago. The enterprise (like many others) went through a roller coaster in the first quarter of the financial year (and bounced back) but most importantly the company was recognised as one of the Top 3 PR firms of the decade in the Asia Pacific region last week by Provoke Media (formerly The Holmes Report). This triggered my curiosity and I did some bit of research talking to present and former employees and few of the firm’s clients. If another media outlet did this ranking, I would have taken it with a pinch of salt, but I trust Paul Holmes and Arun Sudhaman. One must read the citation here written by Mr Holmes himself. What is admirable is that the shortlist of seven firms had renowned names with multi country operations and behemoths like Dentsu and Blue Focus. The other international firms with a major presence in the region may have narrowly missed being on the list. The only two American firms in the list were Ogilvy and Weber Shandwick, which stood first and second followed by Adfactors. So, you may have figured, this is about India’s largest firm that is also one of the youngest among the Top 10 firms and probably the only firm among the Top 10 which is still Indian owned.

I have seen the Adfactors growth passively since 2003 when I first met Mr Madan Bahal in his Churchgate office as a member of the placement cell at my alma mater. I then never met him or interacted with him until 2012. Ever since my second meeting with him I have closely been tracking the Top 10 Public Relations consultancies with operations in India and I can share with confidence ten things that have helped this firm reach where it has today and win this major accolade. So, other younger firms can learn from this and get to a point of being in the same league in order to take the Indian Public Relations Business to become a 3000 crore operation in the next five years (double from around 1500 crore currently).

The Rise: Adfactors was not even the Top 5 PR firms by revenue when I got into PR back in 2003. It was five years old and had created a niche for itself in financial communication. Today, its revenue is more than the combined revenue of the second and third largest firms in India. If Adfactors split its operations across the three major metros all the three units would independently feature in the Top 10 Indian firms by revenue. There are parallels to be drawn with the world’s largest PR firm by revenue, Edelman which like Adfactors is the only independent firm among the Top 5. I will leave that for another column. The tenacity with which Madan Bahal and Rajesh Chaturvedi (both in their 60s) run the firm can put many a 30-year-olds to shame. An interesting piece of trivia: Mr Bahal is probably the only Indian CEO of a Top 10 PR firm who does not use WhatsApp which he feels is a distraction and does not let him focus on being Number 1.

The Numbers: Adfactors had a revenue of INR 45 crores in 2010. In March 2020, the revenue had grown five-fold to INR 238 crores, excluding the subsidiaries. In other words, the firm registered a CAGR of 18% through this 10-year period. The staff strength grew from 300 in March 2010 to 800 in March 2020. That was more than double. The Bangalore office was not even an entity to consider in 2010. They are now a 100 people operation and a market leader in India’s Silicon Valley. Interestingly, early this year the firm hired 60 management trainees and kept its commitment to absorb them all, despite the tough economic conditions.

No Layoffs: While several firms in the India (with global footprints) had to restructure and part ways with employees during the rougher months of 2020, Adfactors was able to tide the crisis by not letting go of any employee. That to my mind is the single big reason that makes some employees of this firm devotees of the organisation. I have had friends from various firms calling to cry with sadness that they faced huge salary cuts or were asked to leave in May this year. Whereas some friends at Adfactors were calling with tears of joy that they were told that their jobs are safe. This was similar to the approach Adfactors undertook in 2009 during the global financial crisis which hit it hard and taught it many lessons. It quickly adapted and diversified to multiple practice areas instead of being highly focussed on the financial services segment.

Dealing with Adversity: It is interesting to note how Adfactors conducted itself during adversity. The firm launched several initiatives to help people deal with the impact of the pandemic. These included a GP, a pulmonologist, and a counsellor on call for medical and stress related consultations. Two-weeks of additional leave for anyone affected by Covid-19 as well as a special leave if the family members were affected. In March 2020 when the first week of the lockdown was upon us several firms in a variety of sectors took a wait and watch approach towards salary cuts. Many had to bite the bullet by end-June. At Adfactors from what I know around 75% of the staff were promised no salary cuts. The remaining 25% were asked to take a one-time salary cut. As of October 2020, barring the leadership of around 30 professionals, full salaries for everyone have been restored. Even under these circumstances, the firm has been on an aggressive hiring spree for senior talent, including some well-respected editors, who have joined recently to bolster its specialist practices.

Philosophy of Change: Culture is a sum-total of shared values practiced by an organization or a society. In 2016, Adfactors added three new core values to its culture – client centricity, continuous learning, and collaboration.  These guide the collective behaviour of the firm. Similarly, an annual change agenda is drawn up every year and shared with all members of the firm at the annual meeting. The firm also maybe the only one in the world that has made it a matter of policy to not work for businesses engaged in alcohol, tobacco, meat processing and gambling. To each their own but these are categories where there is big money to be made in Public Relations since they cannot advertise.

Learning and Development: At Adfactors L&D includes some globally unique initiatives and accomplishments. As an example, during the last 12 months the firm enabled 570 staff members to complete a Post Graduate certificate course in Digital Marketing. The programme which takes eight months to complete requires about 14 hours of study every week. The last batch of 70 people will be enrolled on the 15th of October – these are people who joined the firm in last few months. Another unique example of the firm’s L&D initiative is the ‘Decathlon’, a program created for multiple levels like Account Executives, Account Managers and Account Directors.

Client Wins: In the last decade Adfactors was chosen as a public relations partner by most of the leading conglomerates and corporates of India including the Tata Group, Mahindra Group, Godrej Group, Hinduja Group, Vedanta Group, Piramal Group and the TVS Group. These largely promoter driven businesses are the blue-chip clients that any firm would give an arm and a leg to have has clients. Because they pay some of the biggest retainers for multi brand and multi city campaigns. What is still a matter intrigue is that it works for more than a hundred banks and financial institutions.

Preparing for the Future: The firm is transforming and preparing itself for the post-Covid era of accelerated change and complexity. It is building new practices while preparing to jettison some laggards. The core transformation areas include leadership, digital, strategic communications, and a technology savvy workforce. It claims that it will continue to be a fiercely independent firm.

Generosity: If you recall, in the opening paragraph I mentioned five reasons why I decided to write this column. I wrote of three and kept the two for the end. On March 14th when I began to sense all was not well with the world and a lot of chaos and ambiguity was imminent there were two things riding on my mind professionally. One is the placement of 19 students at SCoRe and the other is how will I sustain a team of five and a tiny office in Gurgaon if we were to cancel PRAXIS – an event that helps us save enough to pay basic salaries to the team. I knew I had savings that I could dip into in order to ensure the team did not have to suffer. I made frantic calls first to all the major PR firms to request for jobs for our 19 students at SCoRe. A couple of them were placed as part of a PPO during the internship, but 16 others had to be placed. I got a call from Madan Bahal letting me know that he would ensure none of our students would be stranded. Later, I got a similar call from Kunal Sinha and Shivani Gupta as well who hired two students each. But all the others had their hands tied even though they were well-wishers because of global policies on hiring freeze. Adfactors committed to hire two and then went on to hire six. We were saved from a major ordeal.

Commitment: Then a week later we made calls to all our key partners to tell them that they did not have to feel burdened about PRAXIS as we were taking the decision to call it off, given the situation. We were basically cutting the branch we were sitting on. Only two partners made an unbelievable offer. They said that while it is a tough time for everyone, they realised our sustenance depended on this one annual event. And they suggested that we should plan online events and they would support us to a great extent. One of them was Adfactors. The other backed out. The rest is history. We survived and later roped in a dozen other partners to create a series of online events. I must place on record here that gentlemen such as Nitin Mantri, Vineet Handa and Mukesh Kharbanda supported us too.

Adfactors has been in the forefront of supporting various initiatives of various media outlets during these tough times and helped keep the momentum going. This piece had to be written because all other leading firms get written about by global trade media. An Indian firm tends to get missed out. The physical celebrations can wait. For now, I think it is imperative as a community to congratulate this firm for standing tall and inspiring a new generation of firms to start-up and stand out.

Be the first to comment on "Reaching for the skies …"

Sir Richard Branson is the Gladiator: Leadership lessons from the Virgin Unity launch!