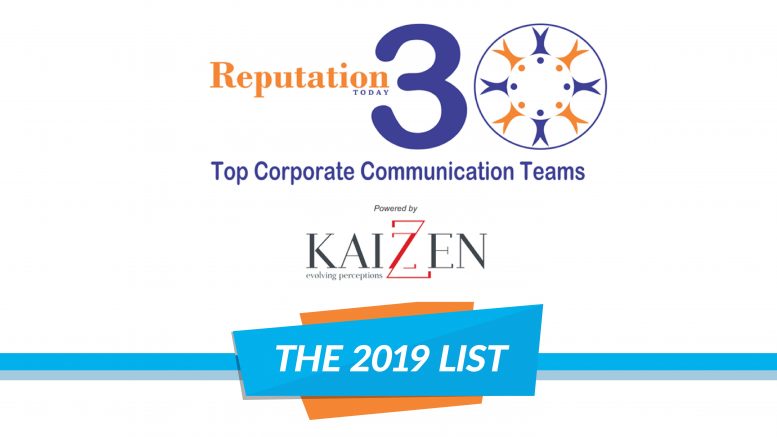 Reputation Today announced the 30 Top Corporate Communications Teams for 2019 on Wednesday, 20th November. Nominations to the list were open in the month of August and September. In October the nominations were evaluated by an independent jury comprising of Farheen Akhtar, Dr Ushy Mohan Das, Pradyuman Maheshwari and Upendra Namburi on set parameters like team responsibilities, team budgets, award-winning campaigns and so on.

Here are the teams in order of merit.

Where is the structure?