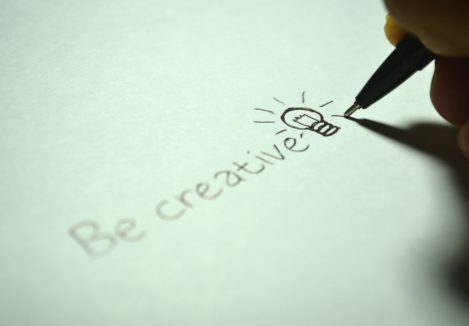 On an inside page of The Hindu, I saw a report on the murder of a university vice-chancellor in Bangalore and how some people were arrested in connection with that. The details are not important here, but for the fact that I had to impatiently trawl through five paragraphs to figure out that it was a power struggle within the university that is believed to be the motive behind the murder. On careful examination, I found that the reporter in question had mostly re-typed a police statement verbatim, not pausing to think on what the reader would want to know, and how much clarity one needs to convey and how. It was yet another instance of a typist-journalist. Hey, they taught you precis writing in high school for a reason, and journalists are supposed to be the best ones at it.  It is important to rephrase and rewrite government-speak and police-speak for the readers. My guess is that The Hindu leads from the front in coverage on social issues, foreign policy and such, but its news desk must be an awfully boring place — made boring by the collective inaction of various kinds of people.

A newspaper is a piece of real estate.  If a builder knows how to use space, the journalist should know how to use the two-dimensional space they call a page. May I add that that airtime on television, or social media spaces, be it Twitter, Instagram, YouTube or a blog, are no different. You are competing for attention, and you had better be a good user of space and time.

Now, after The Hindu, on the same day I saw an excellent example of how space can be put to good use in The Times of India. When I was in Hindustan Times, my editor Sanjoy Narayan introduced the half front-page, a great idea to grab attention, and add a half-page extra that looked like a front page. It was often used for featurish items that stood apart from the news of the day and added layers of insight in a world where the Internet already offered a lot of basic news and quick reactions.

The TOI, never a laggard in stealing good ideas, responded by mimicking HT with its own half front-page. Imitation is the sincerest form of flattery, after all. The TOI half-page often carries hard news and sometimes carries fun stuff. Increasingly, it digs deep into happening news items and comes out with pearls that truly adorn the minds of those looking beyond what they have already seen on Twitter/WhatsApp/Facebook the previous day.

After Infosys was in the news this month over whistleblower allegations of mismanagement and faulty accounting, the TOI devoted the bottom half of its inside half-page to a well-researched infographic on whistleblowers. It covered aspects of the law, the fact that a parliamentary act was being diluted, and some cool data on whistleblowing. I found it rich in detail and presentation. This was an excellent way for a newspaper to stand out in an age where basic news and reactions (the classic ingredients of a newspaper story) are passe in a matter of hours if not minutes.

The two extreme examples I am citing cover substance, style and sensitivity. Research and repackaging are key aspects of digital-age journalism. Just like a real estate builder no longer offers a roof over one’s head but includes conveniences including a shopping complex, a swimming pool, and landscaping with an apartment, any journalistic venture must keep in mind the context in which a piece of media is being consumed.

Be the first to comment on "Research and repackaging make a big difference in digital-age journalism. Here’s why and how"

Continue communicating and engaging with employees

Why is storytelling important for workplace well being?