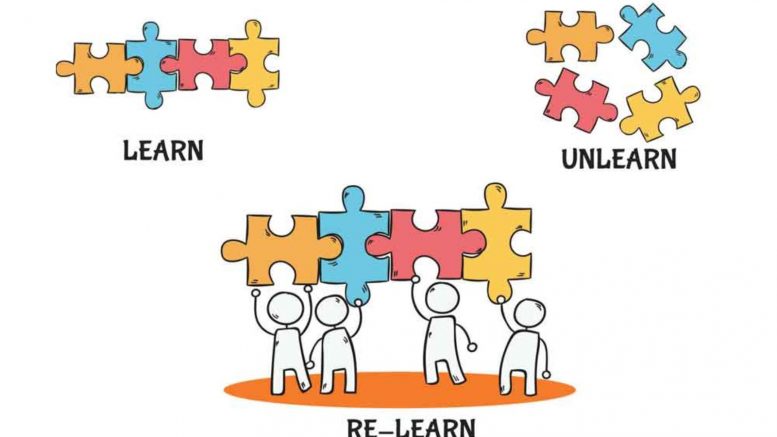 There would be some of you who may remember the textile strike engineered by the late Dr Datta Samant, which forced the closure of all textile mills in Mumbai many decades ago.

The situation resulted in mill owners sitting on large parcels of land, with nothing to do.

The state Govt of Maharashtra then brought about some changes in laws, which allowed the redevelopment of these mill lands for commercial use. And one of the first mill owners to take advantage of these changes in laws was the owner of the Phoenix Mills.

He decided to convert his mill land into a retail hotspot. But, being located in the mill area, not too many wealthy folks were too keen on coming there.

That’s when the MD of my retail company decided to open his most popular format, BB, at Phoenix Mills.

The value proposition of BB was very simple. ‘You won’t get anything cheaper or better than at BB.’

Pretty soon, footfalls at Phoenix Mills started increasing. But these customers were still the middle/ lower middle classes of those who lived in the vicinity. Basically, the catchment area was not growing.

That’s when the MD had a brainwave.

He decided to make two days in a year, the cheapest days to shop, for anyone.

And thus came into being what is now a part of Indian retail folklore – Sabse Sasta Din!

This was a day where shoppers could avail of never before prices on all their requirements in multiple categories.

The first such ‘Sabse Sasta Din’ was widely advertised, both in newspapers and on hoardings.

The Phoenix Mills store was supposed to open at 9 am, if memory serves me right.

However, by 7.30 am, we got multiple calls, all frantic, informing us that the queues outside the store stretched more than a kilometer! That was just crazy, but that was what it was!

The police had to step in to control the crowds. They had limited success, and they told us that they will have to cancel the entire ‘event’.

There were many discussions which took place with the police but they were unwilling to budge, given the potential security threat.

In the meantime, a lot of news channels and print journalists had heard of what was happening at Phoenix Mills, and they rolled in with their cameras and stuff.

Even as the discussions with the police were ongoing, the entire comms team, including me, stationed ourselves at vantage points to ensure that we engaged with the media. Even as we were trying to get things under control, they were actually spiraling out of control.

Channels had by now started covering the crowds, which had grown even more. And to make things worse, there were many more on the way. We also realised that the well to do were not coming themselves but sending their cars and drivers along with their shopping lists.

Pretty soon, we also realised that even if everyone in the queue was taken care of, we would not have enough stocks…another potentially dangerous situation.

And mind you, this situation was being replayed across all the BB’s across the country.

It is when we saw media reports on channels and the crowds, that we realised that this was going to have an adverse backlash.

Discussions with the police were still going on.

Knowing all that we did about the potential lack of stock, the growing queues, we made a suggestion to the police.

The suggestion was to extend this sale to three days from the one day originally planned. Fortunately for us, they agreed, and deployed additional forces to control the crowds. Simultaneously, we had volunteers with hand-held loudspeakers communicating that the sale would be on for 3 days and they would also get the chance of buying goods at the cheapest prices. This was done to avoid a panic mentality and encourage those at the back of the queue to go home and return the next day.

And that’s how ‘Sabse Sasta Din’ became ‘Sabse Saste Teen Din’. We extended the super sale to three days to ensure that no customer went away dissatisfied.

What was truly amazing was that this was a country wide phenomenon. We had other retailers coming in tempos to buy stuff from us at wholesale prices to sell in their own stores; we heard people in the queues speaking to each other saying how they had been saving up for this big day; we had people on wheelchairs waiting for a great deal.

On our part we ensured that those waiting in the long lines in the sun, were given water to drink and snacks at regular intervals. We had ambulances on standby in case anyone fainted standing in line. Separate lines were made for the elderly and those with disabilities.

In short, we pulled out all stops. Multiple teams ranging from store staff, to logistics, to security, to sales, to key suppliers, to just about everyone…all pulled together to ensure that every rule of retail in the book was broken and rewritten that day.

Ever since, retail has never been the same.

As far as the MD went, he was grinning from ear to ear, and doing multiple media interviews. The publicity generated the next day, including media coverage and word of mouth were just mind boggling.

Most importantly, brand BB became a household name thanks to one breakthrough event.

It is a different story that today, there is no BB at Phoenix Mills, which has become an upscale shopping destination, what with a star hotel and the Palladium, which houses some of the best and most expensive brands in the world.

Things do come full circle. But memories never do. They remain always etched on one’s psyche.

Be the first to comment on "Sabse Saste Teen Din"

Success and the art of saying ‘No’