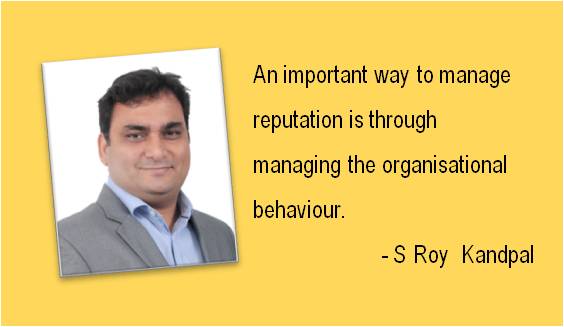 When you witness billion dollar organisations come crashing down because they made a series of ethical errors, you wonder, why didn’t someone scream ethics in a crowded boardroom? It is baffling how Uber for example, would somehow be blind to the reality and neglectful of their corporate responsibilities. Matters were so out of hand that few even commented that it is wrong to say that Uber doesn’t care about women. Actually they don’t care about people.

An interesting question to ask is, why don’t CXOs listen? It seems like a fair argument – if you are good, you have positive influence and if you are bad, it is bad. A public relations team can cover the garbage, but it will still stink. Why do people knowingly continue to flout the rules? Shouldn’t organisations develop an internal moral compass? Unfortunately, unlike Fire, Ethics does not have enough mobilising force. There is no immediate threat to life. All things being equal, it is safe to assume that everyone would like to be on the right side of ethics. But all things are not equal in a competitive business environment.

I want to make a case that an argument trying to awaken the ethical sensibilities of CXOs does not work. The same reason why people cheat, even though they know it is wrong to. Perpetrators have a high amount of confidence that they will not get caught. The possibility of getting exposed is inversely proportional to the extent of advantage one takes. We move in our continuum of intent from small liberties like using office supplies for personal needs to blatantly cheating, and sometimes without full knowledge of how our behaviour impacts organisational reputation. As at that moment of time, it seems like the best thing to do, to advance the company’s interests.

However, a counter argument that draws direct correlation between an undesirable action and negative impact on the bottom line is more likely to be acceptable as CXOs are worried about their business viability. We should link false accounting practices, misleading advertising, unfair treatment to employees or deceptive tactics to business loss and create an understanding that while in the short run you may get away with it, in the long run it will come back to haunt and harm you. And then provide substantial evidence of this reputational damage.

In 2015, shortly after Volkswagen’s diesel emissions trickery became known, its sales dropped to one-sixteenth of the industry average and it suffered the largest annual loss in the company history and its reputation among vehicle owners went from 70 percent favourable to 80 percent unfavourable. Plus, the damage was singularly difficult to undo. Even in the case of Uber, after a wave of negative press seized the company for a few months, the company’s valuation fell by several billion dollars on the secondary markets. Slightly dated but still relevant is a 2005 study of 585 firms subjected to US SEC enforcement proceedings for financial misrepresentation which revealed that, on an average companies lost 41 percent of their market value after the misconduct was made public and nearly two-thirds of the loss stemmed from reputational harm. In another study, 80 percent of the consumers have stated that their perception of the ethicality of a particular company’s business practice has a direct effect on their decisions to purchase its goods and services.

Research indicates that a disreputable company in attempting to recover lost trust would need to demonstrate its newfound integrity consistently and on many occasions to convince the wary that the firm’s values have now changed. Such a recovery process could take years by which time company’s former customers are likely to be detached.

This works quite contrary to common Public Relations practice that perception is controlled by the one who shouts the loudest or promoted by a select group of advocates who determine what is right. Presumption being that if a few influencers shout, even a wrong can become right. Very much a display of how justification is upheld by a select few to support anti-social gau-rakshaks or high significance of changing school textbooks to favour a particular community or a religious leader.

How many PR people does it take to change a lightbulb?