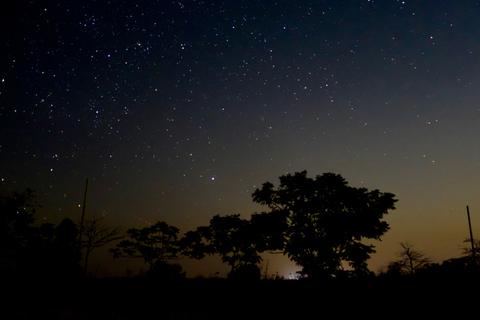 My dream of living and working in villages had come true. I had taken a leap of faith and joined a microfinance company whose business was largely in villages.

Eager to experience life in the ‘real India’, I had accompanied one of my colleagues to a small village in Rajasthan, near Jaisalmer.

That morning, on reaching the village by car from Jodhpur, I had my first experience of how business was conducted.

There used to be a circle meeting, where women desirous of applying for a loan, or those desirous of paying their instalment would all sit in a circle. The officer would have their ‘passbooks’ with him, and he would first ask how their small enterprises were doing (women normally borrowed to start a small kirana shop, or buy a cow, or some chickens…anything that would help them earn a livelihood). After enquiring about their well- being the filed officer would look at the new applications. They were invariably for small loans ranging between Rs 5000 – Rs 10,000. These were once again to get the women to be self- sufficient.

Microfinance was thriving because those earning their daily livelihoods in many villages could not take a day off to go to their nearest bank branch, which used to be quite a distance away. If they did make the trip to the far away branch of a bank, they would not earn anything that day given the commute time. Further, the bank would ask for multiple documents, many of which a villager would not have. Borrowing from the local moneylender was also a difficult choice, given the high rates of interest charged.

The circle-meeting I was witness to in this remote village in Rajasthan was a huge learning for me. It brought me face to face with the harsh realities of life for the majority of our countrymen. It was a disturbing, yet thought provoking experience because I had never seen this reality face to face, as I was doing now.

Meeting over, we got into our car to take us back to Jodhpur from the village, which was near Jaisalmer. A couple of hours later, the driver of our car said, ‘Sir, my village is very close to where we are. May I take you there? My mother lives there and she would be delighted to see me as well as both of you. Please have lunch with us.’

Since neither the field officer, nor me, had any objections to Ramlal’s (our driver) suggestion, we agreed to stop over at his village.

As we approached his home, he was telling us that his mother had also taken a loan from our company and had bought two cows with the money. He told us that his mother milked the cows every morning and sold the milk, the proceeds of which helped sustain her. He also said that she had asked him to stop sending her money every month, because in her own words, ‘Beta, I am now earning enough.’

On reaching his home, his mother was overjoyed at seeing her son again, but possibly felt a little worried when he told her, ‘Ma, I have brought two guests for lunch with me.’

For the next hour, the elderly lady was in her semi-permanent room (part mud/ part brick), and Ramlal went to help her with the cooking. I peeked in and saw him lighting the ‘choolah’, using the branches of trees. I saw him helping her make the buttermilk, which is a staple with food from those parts. He then came out and got us to sit on his charpai (a bed with a wooden frame and natural fiber ropes) in the shade while the food was being prepared.

In less than an hour, we were served the most delicious meal possible. A vegetable made out of the ‘sangri’ tree branches (this tree grows only in arid areas of Rajasthan) accompanied by a berry call ‘ker’, and jowar ki roti, with the buttermilk.

The joy on Ramlal’s mother’s face when we ate her food was a sight to cherish.

The expressions on our faces told their own story of the delicious food, served to us in the true spirit of hospitality.

Meal over, we told Ramlal that we need to head back to Jodhpur. He nodded and in 30 minutes, he went to start the car.

It would not start. Those days, because cars did not have the DSG gearboxes, (remember the old Ambassador carsJ), we tried push starting it. Ramlal opened the bonnet and started to tinker around – to no avail. He announced that he was unable to start the car and would go to fetch a mechanic from a village 30 kms away. He rode off on his bicycle and returned with the mechanic after almost 3 hours. In the meantime, both the field officer and I were sitting on the charpai, wondering if we could return to Jodhpur that evening.

After the mechanic examined the car, he said that he would have to get some parts, but he could do that only the next morning.

That left us no option but to stay over at Ramlal’s house. It was past 6pm by that time, and his mother had just returned from grazing her 2 cows. Ramlal told her that we would be staying the night. This time she did not look worried.

Another delicious meal was served around 7pm, and we sat there eating in the light of a kerosene lamp. Soon, it was time to sleep. Ramlal was extremely apologetic, but we told him to relax, and that we were very comfortable. He brought out 2 charpai’s into the courtyard, and both the field officer and I lay down on them.

That is when I saw the miracle of the starry night!

As I looked up at the sky lying down on the charpai on that clear night, all I could see were a million stars.

I started humming ‘Starry, Starry night’ – a Don Mclean song, which was a personal favorite.

I fell asleep humming the song, and I promise readers that I have never known such wonderful sleep.

Some of you may wonder what this story has to do with corporate lives, marketing and communications.

Here is what I learnt from the experience.

Be the first to comment on "Starry, Starry Night"

Being proactive, having an authentic posture and using performance language matters in PR!

Dear Teacher, you still hold all the aces!