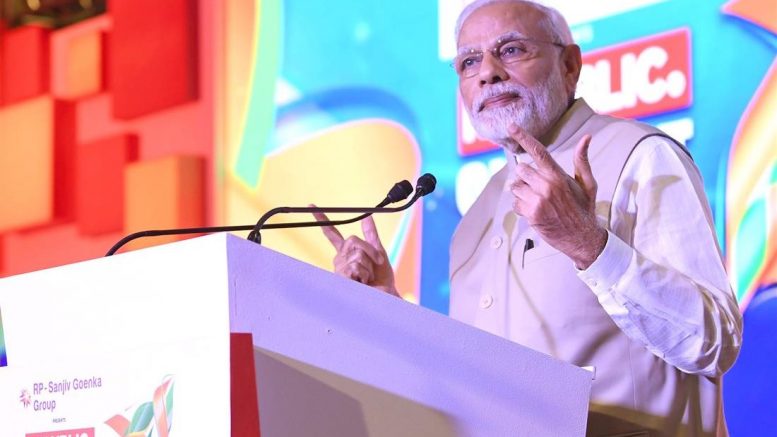 One could say that these five assembly elections were the ultimate milestone leading up to the general elections. What’s interesting is that both the leading parties are portraying different pictures of these election results, and more specifically how indicative they are of the likely outcome of 2019. For INC, these have been the first taste of victory, and indeed the first opportunity to form a government fairly decisively since Punjab, in February of 2017 (discounting Karnataka, where they lost 44/124 seats to BJP which emerged as the single largest party). So, naturally, INC is calling this result a sort of a referendum to 2019. Public has spoken.

BJP on the other hand, naturally, is underplaying the importance of these elections. On the second day of the two-day Republic TV Summit, Amit Shah in a conversation with Arnab Goswami explained why it’s not necessarily a trailer for 2019. For one thing, he claims state and national elections are fought on different issues. In the latter, Shah said, voters look for a stable government under a long term, visionary leadership, and will continue to find it in Modi. He also cited the assembly polls that preceded the two general elections prior to 2014. Ahead of both 2004 and 2009 general elections, the BJP had won these very assembly elections, and it did not result in their victory at the centre.

Nevertheless, these elections were also a testing ground for issues that could matter, and how to manoeuvre them. Hence INC are likely to amplify on the issues they picked up during the state polls, towards the end of May next year. It is BJP’s moment to introspect and course-correct, and so far there seems to be limited deviation from their approach. This was echoed extensively at the aforementioned Republic TV summit, which had perhaps the most stellar representation of senior leaders of this government till date. The Prime Minister Narendra Modi opened the summit which also had panels and keynotes with the President of the world’s largest party Amit Shah, Union Ministers Nitin Gadkari, Arun Jaitley, Piyush Goyal, Smriti Irani, and Chief Ministers Devendra Fadnavis and Sarbananda Sonowal – practically the high command of the BJP. And their conversations indicated that the BJP still continues to believe that their results on development will outweigh populist promises and rhetoric by their opponents. Here are the issues that they seem intent to rally behind.

Nearly every single senior leader came prepared with the same/similar statistics on indicators of development. From the GDP growing to $5 Trillion dollars to India’s the ease of doing business ranking jumping from 142 to 77. Domestically, the focus was on the number of beneficiaries of government schemes. Gadkari gave an extensive keynote on the performance under his ministry, and Anurag Thakur sounded like 2014 Narendra Modi stuck on loop. Statistics flooded their keynote with more of a monotone than that which Dr. Manmohan Singh spoke.

BJP did acknowledge that their alliances aren’t unconditional. That there were differences in their approaches, but assured that this did not change their agreements on core issues. Citing the example of Shiv Sena, Gadkari said that both want the same thing, at the end of the day and that they are in conversations to iron the remaining differences out as well.

Integration of the north eastern states has been a big focus for the Modi government right from its outset. And it has been one of the few focus areas which has also seen some of the most tangible results. BJP has gained stronghold in nearly all of the states through assembly polls, and has built comprehensive air, road and railway connectivity with the region. Investor conferences have also paved the way for industrial growth.

Rafale deal seemed to have been the only major threat to the reputation of the Modi government. It was the opposition’s opportunity to put them on the back foot. But they messed it up. Instead of dragging the issue out in the political theatre till May 2019, they took it to the supreme court, which cut their claim down and pretty much gave the government the clean chit on this transaction. They had one shot, and they missed. Now this government is set to go down as one in a really long time without any major scam. Something that BJP leaders are eager to reiterate frequently.

What seems alarmingly similar to and generalised as “India Shining” the slogan of Atal Bihari Vajpayee’s losing campaign, is the claim that India and Indians have, for the first time, begun to think mammoth scale. That we are not only aiming to solve problems to an acceptable degree, but to solve them entirely. ISRO and it’s success in indigenous satellite launches and intrastellar space exploration has been summoned more than once. World’s largest agriculture and personal health insurance schemes have also been launched under this government.

These issues aren’t new and the BJP has relied on various versions of these over the last four and a half years, to various results. But there is a fine line between resilience and stubbornness. Should or will BJP calibrate their approach? Or are we about to see a repeat of “India Shining”? Share your thoughts in the comments below or on twitter at @HemantGaule