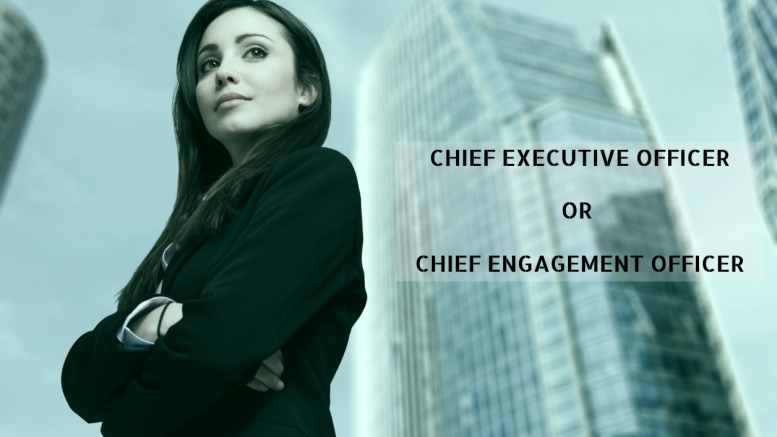 “CEOs are Failing to Meet Evolving Leadership Expectations”, screams the press release by Edelman issued to showcase the results of the Trust Barometer Study 2019. Like most communications professionals, I have also been following this study for many years now. Several insights emerge from this year’s study too, however, the provocative headline is what caught my eye and made me ponder over this failure.

The findings are crystal clear and pointed – CEOs must lead the communications effort from the front. The study adds that the CEOs should take the lead on change rather than waiting for authorities to impose it. Leaders are expected to have a strong opinion on industry issues, political events, national crises and employee-driven issues. They are also expected to display more spontaneity, relatability and transparency. An increasingly vast majority of those polled want the CEO to communicate regularly and directly with the audience using social media.

Intuitively, our tribe of communications professionals working with the C-suite know this and we have been pushing our CEOs and also our clients towards this goal. However, several CEOs are reluctant to take this bull by the horns. This piece is directed towards the C-Suite and the communications leaders to help them convince their stakeholders.

Yoda says that time spent on communications is a wise investment

However, there are many reasons that can contribute to the failure of communications coming from CEOs. The top among them are, one, they are not perceived to be authentic; two, they do not have a personal touch; three, the communication is diffused (read too many messages) and lastly, it is laced with corporate speak (read not simple). Employees don’t trust it and feel that it lacks spontaneity, relatability and transparency.

Yoda adapts social media to his style and not vice versa

I don’t think any leader needs to be convinced about the importance of social media. However, many corporate communications friends find it challenging to convince the C-suite to embrace it. Several excuses are given by the C-suite for not being active on the social media – lack of time, risk associated with it, why should they use it for promoting the company and so on. However, on digging deeper two key issues emerge. First, several leaders are not comfortable with social media due to the lack of familiarity with the platforms but they are hesitant to admit it. The second is that they avoid it as they have seen several high-profile executives getting into trouble due to itchy Twitter fingers or motor-mouth posts syndrome. Conversely, there are many CEOs/leaders who use social media so effectively, that it seems like an extension of their persona. So how does one go from being allergic to social media to using it effectively.

My suggestion is to treat social media like a pizza base. Despite its humble origins in Italy, pizza today is available and liked across the entire world. The reason that makes pizza a global food is adaptation – different cultures have adapted it to suit their palate. India’s spicy paneer pizza or the super-sized pizza of America with an abundance of toppings, chefs have clothed the base in local flavours.

Similarly, social media is merely a platform and should be customised to suit the personality of the leader and not vice versa. This is easier said than done and I will devote a few pieces of this column to write about it in the weeks and months ahead.

As a starting point, the internal communications team and external experts can work together to give a feeling of comfort to the CEOs and get them started on this journey. Do bear in mind that the personalities of the CEOs will only get reflected onto the platform if there is personal involvement. Else it will not come across as authentic and engaging.

Yoda has strong opinions and acts on them

Many CEOs do not want to articulate their opinions on subjects that are not directly connected to their businesses. Till about a few years ago, it was safe not to publicise opinions, especially if the issue was sensitive or controversial. However, CEOs are now expected to not only focus on running the company well but also publicly taking strong stands on industry issues, national crises, political developments and several other issues which are considered important as they are in news and impact broader societal fabric. This means that the CEOs must clearly articulate and engage on issues of importance on a regular basis. These opinions should also be backed by credible action by the company, and commentary on public platforms as and when the requirement arises.

The expectations from the CEOs are changing rapidly. They are expected to lead from the front and play the role of the Chief Engagement Officer. The sooner they make the transition to this role, the easier it will be for them to earn trust from their stakeholders.

2 Comments on "The CEO should be the Chief Engagement Officer"

In Conversation with Russell Dyer