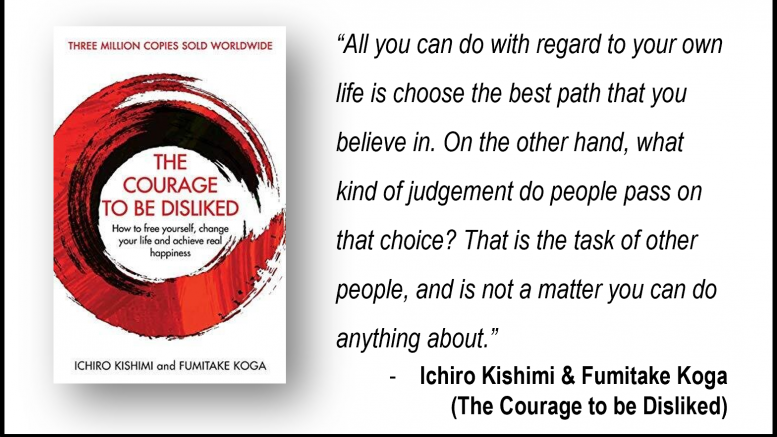 The cover of the book has a red Enso symbol drawn on it, or so I thought once I first picked up the book. For the uninitiated, Enso is a sacred symbol in Zen Buddhism meaning circle, or sometimes, circle of togetherness. It is traditionally drawn using only one brushstroke as a meditative practice in letting go of the mind and allowing the body to create, as the singular brushstroke allows for no modifications.

The book is based largely on theories of Alfred Adler and is structured as a dialogue between a philosopher and a youth. Adler was a contemporary of Freud and Jung, but he claimed a different stance than that of Freud and Jung. Freud and Jung focused on result, while Adler focused on process and purpose. For instance, Freud and Jung believed that the past effects future, the Trauma Theory, however, Adler propagated past has no effect to future. We only need to focus on now and present.

The book is presented as a dialogue spread across five nights where the two participants talk about:

“…self being is determined not by our experiences themselves, but by the meaning we give them.”

“People are not driven by past causes, but move towards goals that they themselves set…”

“The important thing is not what one is born with, but what use one makes of that equipment.”

“Your unhappiness cannot be blamed on your past or your environment. And it isn’t that you lack competence. You just lack courage…courage to be happy.”

Problems are unavoidable and one cannot simply avoid them. However, a change in behaviour can help brace better. There are two objectives for this behaviour:

The objectives for psychology that supports these behaviours are:

“A stone is powerless. Once it has begun to roll down-hill, it will continue to roll until releases from the natural laws of gravity and inertia. But we are not stones. We are beings who are capable of resisting inclination. We can stop our tumbling selves and climb uphill.”

“Because you’ll always be worried about other people looking at you and fearing their judgement, and you’re repressing your I-ness….”

“When receiving praise becomes one’s goal, one is choosing a way of living that is in line with another person’s system of values.”

“If one can simply accept oneself as one is and ascertain what one can do and what one cannot, one becomes able to understand that ‘taking advantage’ is the other person’s task and getting to the core of con2fidence in others’ becomes less difficult.”

What I find wonderful is that in this dialogue, there is advice, but there is a story in this book. Initially, it felt counterintuitive, but eventually one powerful idea after another it makes the book a one of the strongest, most foolproof frameworks ever for thinking. It will challenge a lot of mental models we have been conditioned to about our existence, personality, inter-personal relationships, etc.

Few lessons that I plan to borrow from this book to my professional life: 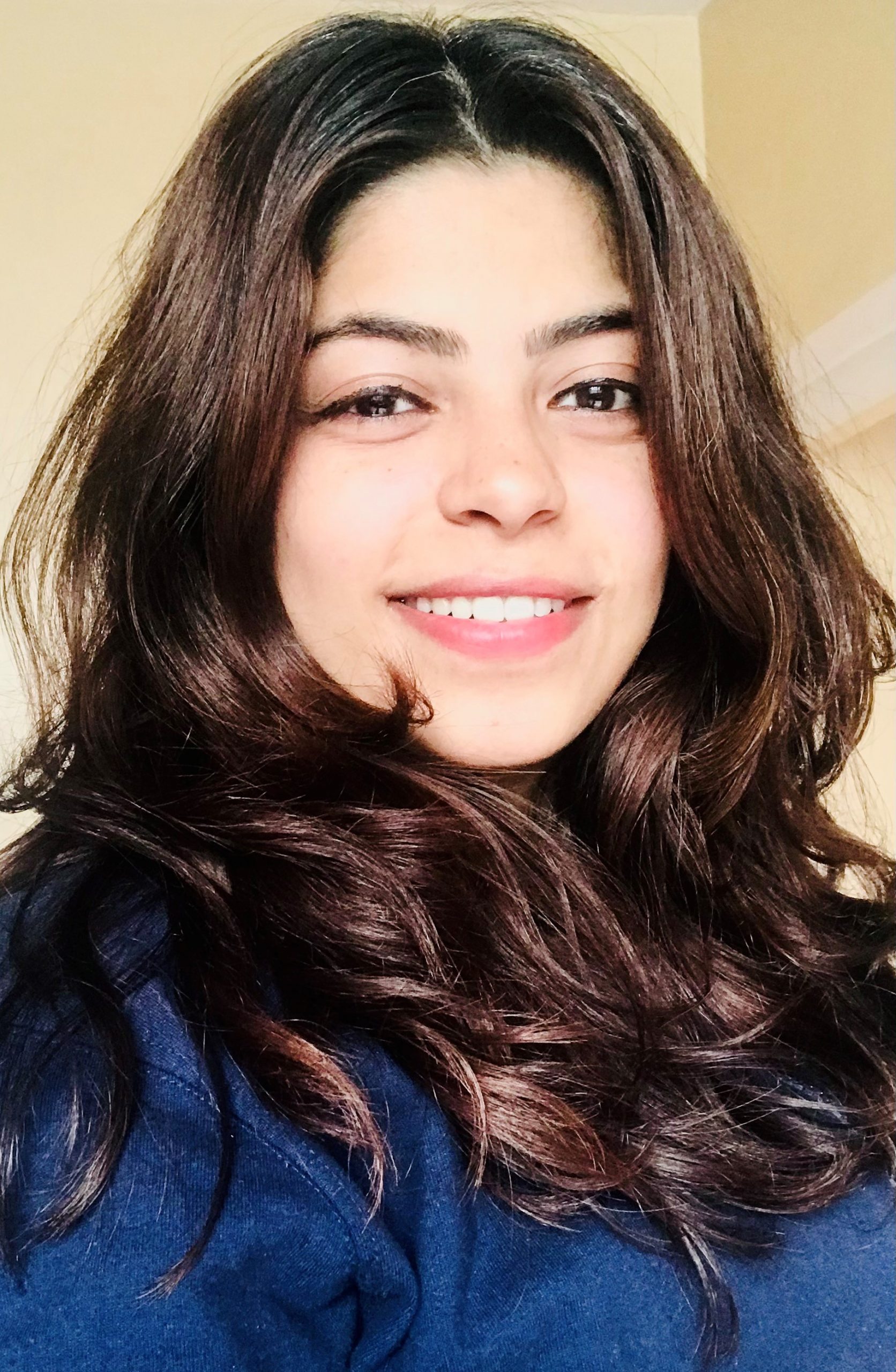 Megha is a passionate storyteller with over 12 years of experience supporting various organisations helping them shape their communication strategies. An ambivert, Megha wants to be constantly educated by new people, ideas, stories, hobbies, and places. In her part time, Megha does pro-bono consulting, mentors students and stalks brands on social media.
SHARE TWEET PIN SHARE

Be the first to comment on "The courage to be disliked"

All Innovation is Creative, but all that is Creative is not necessarily Innovative