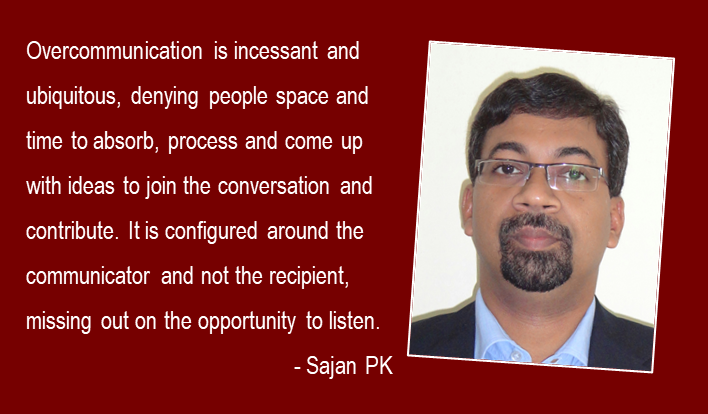 Be it culture transformation or strategic priorities, policy changes or programme implementation, it is not rare to see heightened enthusiasm to merely raise the decibel level of communications as opposed to rolling out a calibrated plan.

Let’s take a hypothetical scenario where a multinational corporation sets out on a holistic technology transformation to revolutionise customer experience, increase productivity and reduce its carbon footprint. A coordinated plan would follow with high-level strategic objectives and corresponding goals for various business groups and geographies. This could present the organisation with both an invigorating mission and a challenging roadmap calling for wholesome changes from infrastructure to people and policies. To hold them all together, an overarching theme would be coined and corresponding strategic priorities spelt out.

Now, to make the workforce embrace, lead and live the transformation, communication will be kicked off with the theme (for example, “Let’s reengineer to reshape the future”) taking center stage. An adrenaline rush to get the message across to all levels and layers of the organisation follows.

In no time, the theme and its priorities will be the title slide of presentations, painted in the reception lobby, depicted on banners at the cafeteria, inscribed in elevators, reminded as screen savers, baked into award citations, printed on office stationery and recited at the beginning and end of all-hands meetings.  Such an overdrive will fit the description of overcommunication if it doesn’t progress beyond the key messages repeated in loops and delivered through one-way channels. People will be seeing and hearing the message everywhere without a longer narrative developing. There could be project management paraphernalia thrown in with a checklist of communication deliverables and ticking them off, as and when a new channel delivers the same messages again.

Since the key messages will be rhetorically attractive and the mandate would be to take it everywhere even at the risk of overcommunication, none will invest in taking the overarching messages apart into their components and articulating its implications for different parts of the organisation.

Not surprisingly, the effectiveness of overcommunication will be measured using quantitative indices of message delivery such as delivery reports of ecards, no. of clicks on intranet banners and participation in all-hands meetings, instead of assessing message reception  qualitatively. The fanciful bombardment could soon bind people in a spell and make everyone instinctively remember the theme of the year and the priorities.

The fallacy of such an approach where everyone and everything repeats the key messages, creating a concert of overcommunication will be revealed when one pauses the frenzy and takes stock of what’s happening on the ground-  Do employees see a change in their work as related to the new theme? Do they come up with their own ideas to act on? Is there a demand for technology training to work on the new mission? Will they explain their individual contribution to the new priorities?

The problem with overcommunication is that it starts off as vibrant and attractive, remains fashionable for a while and ends up as noise subsequently, failing to garner mindshare. What is compromised is the capacity for everyone to relate to the key messages and charter their own trajectory accordingly. Overcommunication is incessant and ubiquitous, denying people space and time to absorb, process and come up with ideas to join the conversation and contribute. Overcommunication is configured around the communicator and not the recipient, missing out on the opportunity to listen. Over a period of time, repetition causes apathy and people tend to tune out, leaving the recurring messages as inanimate furniture around them.

In its adverse outcome, overcommunication is a boisterous parade that everyone cheers with thunderous applause, but few participate in. There is appreciation for what is seen and heard but inaction to internalise them. As a strategic managerial function, employee communications aims to make people join the conversation and champion the change, and overcommunication clearly is counterproductive to the cause.

The solution comes from getting back to the fundamentals of effective communications. Overcommunication should give way to a calibrated communications plan centered on progression of messaging over time / space and deploying a set of interactive channels.

Progression of messaging is about building narratives. While the top leadership starts with key messaging and stays at the high-level impact to be created, the next level of leadership will apply the messaging customised to their respective organisational unit. For example, ‘Reengineering to reshape the future‘ could mean reworking the sales channels for the Sales division and launching a new customer service portal for the IT division. So, sub themes for different internal divisions can be derived to power the second wave of employee communications. As progress is made or a setback is addressed, that is added to the messaging. When that approach carries on across all divisions and all levels of the organisation, there will be  a broader narrative building that will be real, relatable and customised while the overarching messages will continue to guide the coordinated org-wide campaign.

It is important to resort to channels that facilitate two-way interactivity to build narratives. One-way channels such as television screens and emails will have to be complimented in larger proportion with interactive channels such as live chats, webcasts, discussion forums, online communities, Whatsapp groups etc. This will create conversations in place of monologues and make everyone contribute and collaborate rather than passively receive. This will also generate ideas and identify champions who could lead the change and carry the campaign forward. What will be an overcommunication of stagnated messaging will transform into a movement across the organisation.

That’s when people feel it as an intellectually rewarding journey and take pride in it. Nothing else will ensure individual accountability across the organisation for the success of a larger mission. This indeed is the hallmark of effective internal communications. 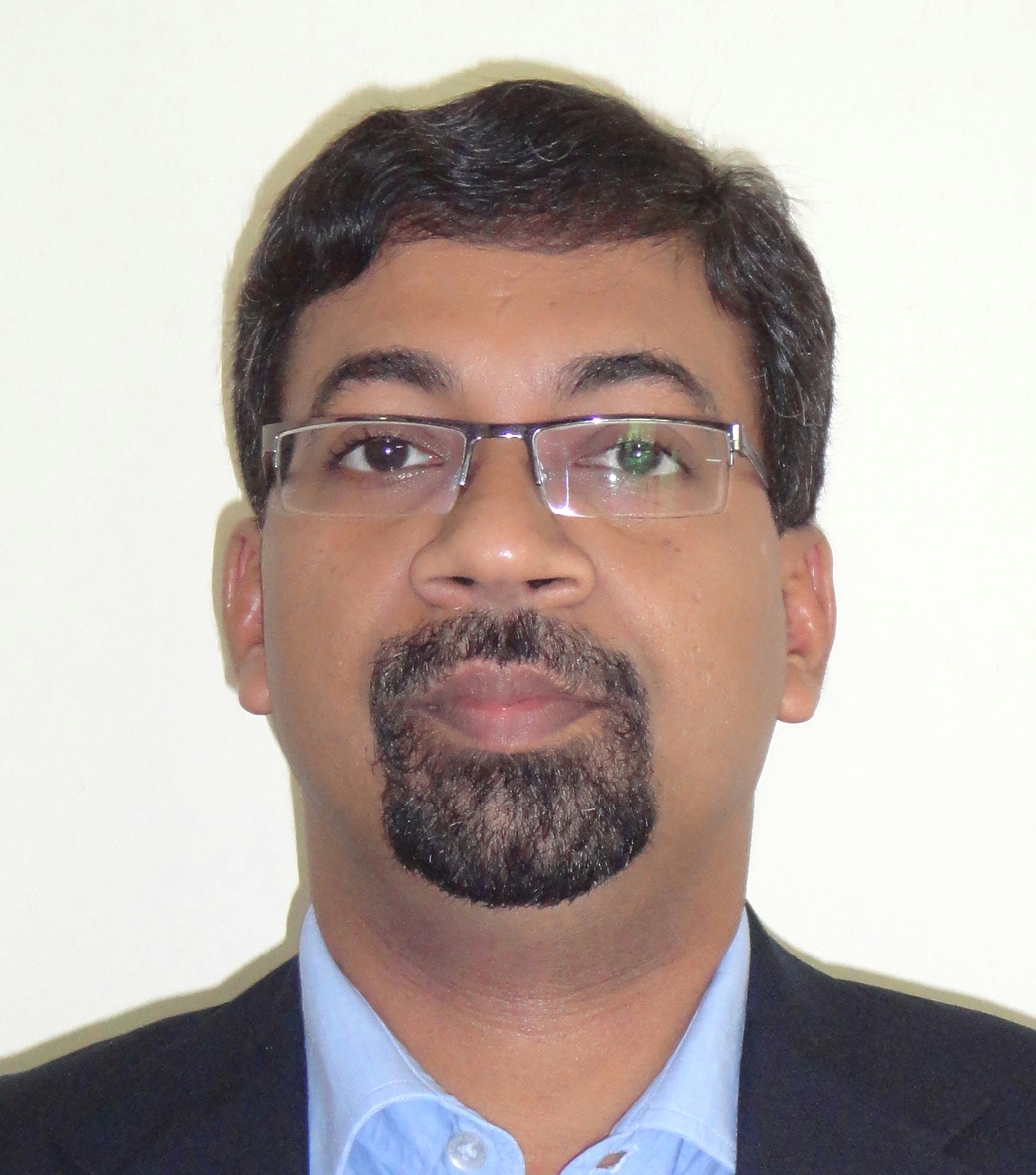 Sajan PK is a Communications and CSR Consultant based in Chennai and has over two decades of experience across corporate communications, journalism, television production, media education and CSR. He led corporate communications for Verizon India for over 12 years. His articles have appeared in The Hindu and Reputation Today, among others.
He can be reached on Twitter @pksajan
SHARE TWEET PIN SHARE

Be the first to comment on "The fallacy of overcommunicating"