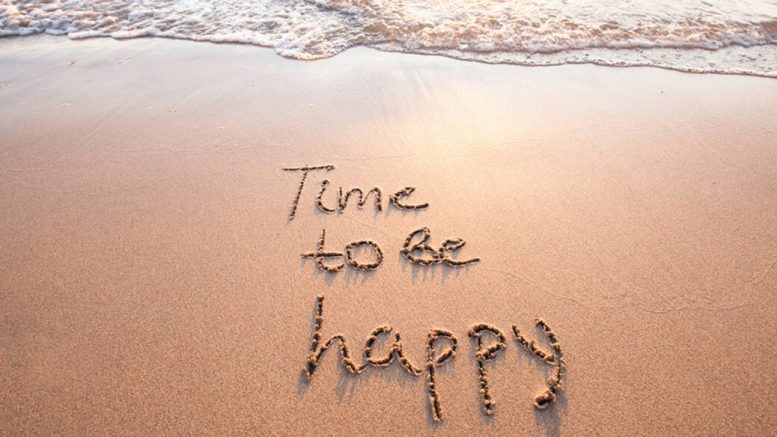 Last week I had written about the movie “Inside Out” and the lessons from it. I was deeply inspired by the movie and hence I decided to dig a bit deep on why certain things make us unhappy and what are the triggers to longer term happiness. Consider the following two examples.

Example one: Ramya shifted to Delhi from Aligarh to pursue a course in digital marketing. She started staying with Diksha, her childhood friend who had moved to Delhi a couple of years back when she got a break with a large advertising firm. Diksha welcomed her and went out of her way to ensure that Ramya was always comfortable in her house. Throughout the two years of Ramya’s course, all her essential needs were taken care of by Diksha. However, Ramya got upset over a trivial issue, fought with Diksha and went to live with her aunt. Diksha was not able to fully recover from this experience for a long time. The entire episode kept on playing in her mind repeatedly and she could not sleep for several nights. Even a couple of months post the incident, she would get into a depressive mood whenever she had some free time on her hand as her mind would again start replaying those scenes.

Example two: Raj had been saving money for the last three years to buy his dream car. Finally, in October 2019, he bought his favourite fully loaded SUV, which was a big indulgence for someone is his salary bracket. But for him, it was value for money – his dream come true! When he drove it out of the showroom, he was so overjoyed that he had to pull over to one side and calm himself down before he drove it home. The next day, he took the car to office and bragged about it to his colleagues, taking several of them for test drives. Surprisingly, the happiness did not last even one full week and he was back to his normal self in no time! He was disappointed that the feeling did not persist on as long as he had imagined and was extremely puzzled as he could not fathom what could have gone wrong.

The first example is an instance of a phenomenon called ‘Rumination’ and the second one is called ‘Hedonistic Adaptation’.

Wikipedia describes Rumination as the focused attention on the symptoms of one’s distress, and on its possible causes and consequences, as opposed to its solutions, according to the Response Styles Theory proposed by Nolen-Hoeksema. In simple terms, it means that one continuously thinks about the various aspects of situations that are upsetting rather than trying to get over it. People who ruminate may not only turn up to be unhappy, they run the risk of not been able to concentrate on finding solutions to problems as they tend to focus on the negatives. So, Rumination not only leads to misery, but also means that people who ruminate tend to be ineffective in their personal and professional lives.

Similarly, Wikipedia describes Hedonic Adaptation also known as, the hedonic treadmill, as the observed tendency of humans to quickly return to a relatively stable level of happiness despite major positive or negative events or life changes. According to this theory, as a person makes more money, expectations and desires rise in tandem, which results in no permanent gain in happiness.

It is quite clear that we have to be mindful that we do not fall into the trap of ruminating. There are simple techniques to overcome it, which emphasise primarily on breaking the negative spiral by distracting oneself. Possible solutions can range from watching a movie, to solving puzzles, to talking to friends about a different topic, to cooking, and practicing meditation. Different things work for different people and you have to find out what works best for you. However, a very important aspect is to discover your triggers and hence being self-aware is the key to avoiding repetitive negative thoughts.

The topic of Hedonic Treadmill is a bit more complicated and it is not easy to side-step it. Studies point out that people have fixed set point of happiness and external stimulus will temporarily move the set point. However, after sometime, the level of happiness tends to gravitate back to the set point. And it does not matter whether the stimulus is positive or negative. The good news is that the same studies also suggest that one’s actions, thoughts, and attitudes account for about 40% of one’s happiness. Hence, all is not lost and we will need to identify what gives us more lasting joy. E.g., pursuing hobbies, achieving challenging tasks, pursuing selfless service, being grateful, focusing on the positive, are some of the things that can lead to longer term happiness.

To summarise, these two tendencies (Rumination and Hedonic Treadmill) demonstrate that in our pursuit of happiness we must keep in mind that happiness based on external stimuli such as buying a car is likely to be transient. Secondly, humans tend to amplify negative situations and cling to them. It requires self-awareness and a conscious effort to shake ourselves out of negative spirals.

Be the first to comment on "The Pursuit of Happiness!"