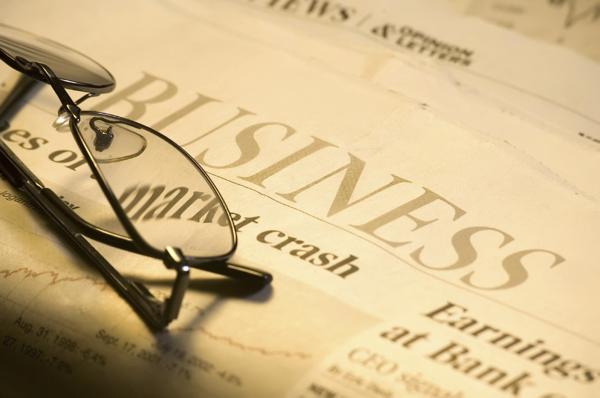 “If the Indian economy is really in the throes of a severe slowdown,” I asked myself, “how come I see so many notices offering jobs for helpers, call centre assistants and other such workers?”

I was on my walk in an area where it is quiet in the morning because offices and some factories are not yet open.  As a journalist who has specialised in business and economy, I try to connect the dots between what domain specialists such as bankers, economists and industrialists say.

A naughty thought occurred to me: Is bad journalism contributing to the slowdown?

I have little doubt in my mind that India’s economy needs some fixing, and jobs are certainly an issue. However, there is a controversy because some — seen to be apologising on behalf of the government —  say that the slowdown is psychological. Hard data compiled by agencies including industry associations and government departments show both the overall economy and some “core sectors” are seeing a fall in output or demand or both.

Now here is where I think a journalist is important in a way distinct from economists or industry bodies.  Industry associations often interpret their own problems as that of the entire economy, while economists reading the data take time to arrive at their conclusions because they wait for statistics to turn up and then sometimes chew over it slowly. Also, both the manner in which statistics are compiled and the mindsets with which they read the data are limited by a high degree of scholarship based on specialisation.

The journalist, I like to think, specialises in a different way.  By noting with her eyes and ears stuff that may contradict the dominant narrative, by talking to ordinary people such as blue-collar workers, farmers, housewives and local traders, and by asking sheer commonsensical questions outside the conventional straitjacket of an academician, the journalist can contribute to the discourse on a subject in a way that provokes conversations, generates ideas and throws up new perspectives.

For instance, let us ask ourselves: if the economy was doing so badly, how is it that Prime Minister Narendra Modi’s BJP got re-elected with a higher lead this year? Why is it that I do not see jobs as a key issue in the Maharashtra assembly election campaign this year in spite of it being home to some of the most industralised zones in the country, including the automobile sector that is said to be in a crisis?

The answers to all of these questions relate to the economy, but not to economics alone.  It took us months if not years to come up with an expression called “structural slowdown” to explain some aspects of the slowdown.  Better journalism may have helped us get there earlier.

As someone who has formally studied economics (and also politics), I try to look at things from both an academic and social point of view.  The perspectives I generate can differ based on how I connect the dots. I may not even have access to some dots — much like professional economists crunching data . What emerges out there in the public is a composite view. Or it ought to be that way.

Here is where I think business and economic journalists should not fall a victim to what I call the Stenographer Trap.  Often, journalists end up speaking to economists and industry insiders, which is good, but end up compiling their views as gospel, which is not. Or they unquestioningly believe the versions put out by government ministers and bureaucrats. That is also part of the Stenographer Trap.

The journalist in a way must move or hover below, above and all around these experts, like an intellectual drone. Vox populi or talking to ordinary people, is often missing in economic journalism in which expert view or government view or industry view is passed off as gospel.

I have not seen enough stories on the slowdown covering all the points of view or questions that I have mentioned above.  There was a fine series on the jobs crisis in The Times of India, and one bit of data is still ringing in my mind: the number of delivery workers employed in the e-commerce industry now is roughly equal to the number of workers employed in the organised automobile sector. That is my comparison. I have not seen any story comparing the two.

The catch: wages can differ significantly. Auto industry workers tend to earn more than Amazon delivery boys. It takes a long time for economists to put all such stuff together. Journalists can get their faster, and often with new perspectives. But not necessarily in a thorough way.

“Anecdata” generated by journalists is as important, and sometimes more important than the official data. They can lead to improvements in statistical methods, or ideas for policy-makers. They can also help proportionate responses, instead of knee-jerk reactions.

The Stenographer Trap can lead the journalist to undervalue her importance.  I do believe some of the questions related to the current Indian economic slowdown have not been properly answered by reporters and feature writers, who should be doing more than compiling what industry experts, officials, and academicians say.  In that sense, their falling into a narrow groove can potentially overstate or under-inform on a situation. To that extent, they may be contributing to the slowdown because information (or lack of it) can alter the course of action.

I don’t want to necessarily describe economic journalism related to the slowdown as “bad” but then it is certainly inadequate in my point of view, at least from what I can gather from  mainstream business dailies or see on business channels. It is certainly worth reflecting on some aspects of business journalism in India.

P.S. I am deliberately holding back some ideas that must be explored by journalists in analysing the current slowdown. Maybe I will write about them somewhere else.

Half knowledge about your company can damage its public reputation

Clarity – In Life, Business and Communication

Building the brand “YOU” socially