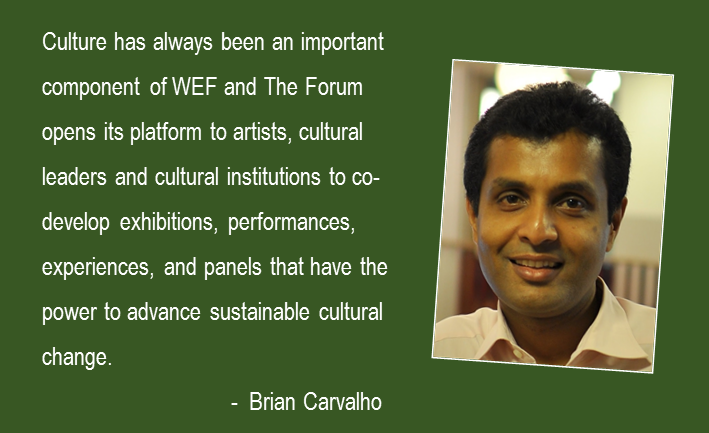 Ambition, Dialogue, Decisions, Culture and Davos-like efficiency were in ample evidence at this year’s Annual Meeting.

For half a century now, the World Economic Forum has been a driving force in bringing together stakeholders including government, business and civil society leaders, cultural icons, scientists, academicians and innovators to discuss, debate and decide on actions that have the potential for enduring impact on our world.

Recently, and perhaps, most importantly, the youth, whose voices are now more powerful than ever, are an increasing focus at WEF.

The Forum, the brainchild of the now 81-year old German Professor Klaus Schwab, has gone from strength to strength thanks in large part to the founder’s energy, intellect and influence which are all part of WEF folklore and are on full display at the Annual Meetings which are staged in Davos.

Over the years, the Forum has had its share of critics but doesn’t fail to pull in the big names. This year’s Annual Meeting that was held 20-24 January 2020 in the Swiss Alpine resort town was no different. Donald Trump and Angela Merkel were among a slew of world leaders who were present. Kings and Queens and other royalty including HRH The Prince of Wales, Greta Thunberg, Sundar Pichai and  Satya Nadella were there too, delivering  speeches and remarks that illustrated their views on solutions the world needs. 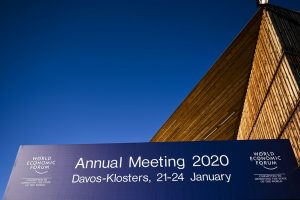 Prof. Schwab used his opening address to reiterate the Davos Spirit – the concept of “multi-stakeholder participation, collaboration and congenial exchange” that he pioneered years ago, highlighting how enterprises, organisations and governments must serve ALL stakeholders.

“I believe that progress happens by bringing together people from all walks of life who have the drive and the influence to make positive change,” he said.

‘Committed to Improving the State of the World’ – with a mission statement as altruistic and bold in scope as this one, the World Economic Forum, which is the organisation that drives the Annual Meeting at Davos and the other events and initiatives globally, has its work cut out.

But, Prof Schwab, who started the organisation when he was 31, and the more than 700 staff who make up the Forum team, remain passionate and steadfast idealists. The professor himself holds 17 honorary doctorates and national medals of honour. His persona looms large over every aspect of the event and he has that rare combination of easy-going charm as well as an intense air about him. 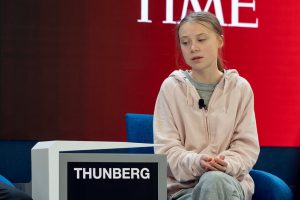 This Annual Meeting at which Climate Change was a key theme, laid out some very formidable targets including asking all participating organisations to set a target of net-zero emissions for 2050 or earlier. WEF also announced a global initiative to grow, restore and conserve 1 trillion trees around the world noting that “nature-based solutions – locking-up carbon in the world’s forests, grasslands and wetlands – can provide up to one-third of the emissions reductions required by 2030 to meet the Paris Agreement targets.” In advance of this year’s event, Microsoft had thrown down the gauntlet announcing that they would go beyond carbon neutral to carbon negative by 2030.

Seven themes, 828 speakers and 221 webcast sessions were part of the WEF programme this year. In addition, there were literally hundreds of other panels, presentations and meetings organised on the sidelines by media houses and others. Davos therefore presented incredible opportunities to network, learn, build relationships as well as to see how plans are actioned.

In fact, the deep impact of initiatives that WEF has contributed to is being illustrated even in the rush to develop a vaccine against the deadly Coronavirus that’s currently spreading panic globally. One of the organisations that is at the heart of the fight against the virus is CEPI, (the Coalition for Epidemic Preparedness Innovations), in which WEF is a partner. CEPI was formed at the WEF Annual Meeting in Davos just two years ago and has since played a significant role in the fight against epidemics such as Ebola virus, Nipah virus etc. CEPI announced during this year’s Annual Meeting that it is funding three programmes to develop vaccines against the coronavirus.

As a  recent editorial in Monocle says: “The annual meeting of the World Economic Forum is important simply for its ability to make possible hundreds of conversations that need to take place to fix the world”.

Culture and the Crystal Award

Culture has always been an important component of WEF and The Forum opens its platform to artists, cultural leaders and cultural institutions to co-develop exhibitions, performances, experiences, and panels that have the power to advance inclusive and sustainable cultural change. In some cases, WEF even commissions and produces new work.

The World Economic Forum’s arts advisory body, the World Arts Forum, chaired by Prof Schwab’s wife, Hilde Schwab, has for over a quarter century been recognising exceptional artists and cultural leaders who are true global citizens, with the Crystal Award. The Crystal Award ceremony marks the start of the Annual Meeting and was held on 20 January with this year’s awardees including the US artist Theaster Gates, Chinese choreographer Jin Xing and Australian artist Lynette Wallworth. 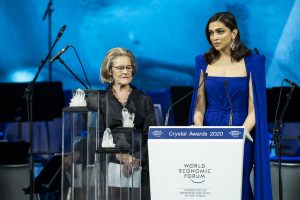 India’s very own Deepika Padukone, actor and founder of The Live Love Laugh Foundation was also a Crystal Award recipient this year for her leadership in raising mental health awareness. The Award was a proud accomplishment not only for Deepika but also for Indians everywhere, the many millions affected by mental illness globally and for the wider mental health community.

The staging of the Annual Meeting is a herculean task what with nearly 3,000 participants including heads of state and hundreds of public figures, 1,000+ media personnel and partner organisations who pay a fee of between $60,000 to $600,000 for the opportunity to be members of the Forum. Security is tight without being overtly so. Non-business participants in the Annual Meeting – such as leaders from civil society, the arts, young global leaders, media leaders, heads of state and ministers – do not pay to participate, and some communities such as academic faculty receive travel and accommodation funding in order to facilitate their attendance.

No doubt the event is a complex one, but things rarely slip, if at all. Davos – a town of just over 11,000 residents, has successfully staged the WEF Annual Meetings year after year since 1971 (except for 2002 when the Annual Meeting was moved to New York following 9/11). 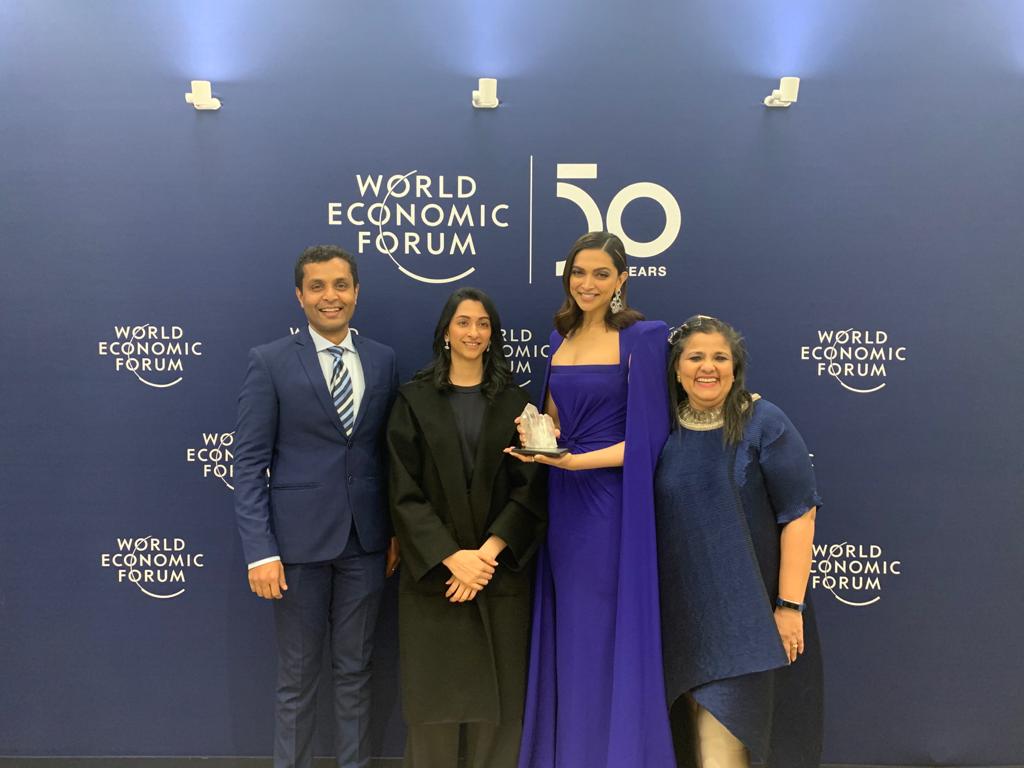 This focus on efficiency at Davos cuts across all levels and was brought home to me in various ways including the time when I lost my cloakroom token as I handed in my winter coat upon entry to the Congress Centre. The prospect of exiting the venue and trying to reach my hotel in -13 degrees was terrifying. Luckily for me, hundreds of jackets, coats and other paraphernalia in the cloakroom notwithstanding, the staff there still managed to locate my coat in under a minute – without my token number. Don’t ask me how they did it!

Despite the wildfires in Australia and climate emergencies elsewhere around the globe, worldwide geopolitical tensions and headwinds for the economy forming the backdrop to this year’s Meeting, the overriding sentiment that came across almost everywhere in Davos was hope. As the saying goes ‘Hope Springs Eternal’ and in the words of Martin Luther King, whom Deepika cited in her speech at the Crystal Award ceremony, “Everything that is done in this world is done by hope.”

I can’t wait for the next opportunity to participate in the instructive, inspiring conversations and the other delights that future Davos editions promise to offer.

Brian Carvalho is a communications leader and was part of The Live Love Laugh Foundation team that  attended the 2020 WEF Annual Meeting in Davos. 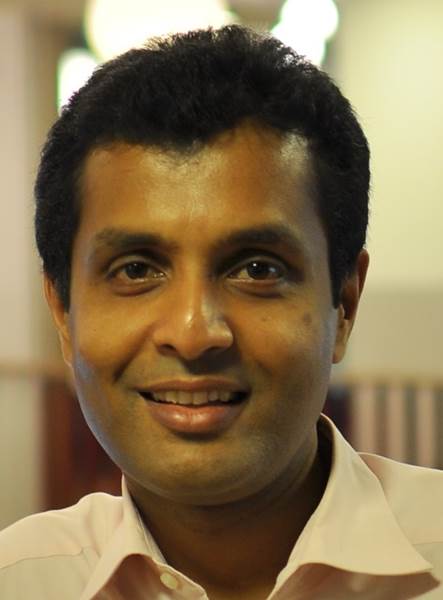 Brian Carvalho is a communications leader with more than two decades of global experience spanning healthcare, technology, hospitality and the events sectors. He works with some of India’s most respected business leaders and influencers to craft communications strategy and manage programme implementation. He is co-founder of PRune, a knowledge-sharing platform for PR and Communications professionals in Bangalore. Outside of work, Brian is passionate about long-distance running, family time, music and community outreach.
SHARE TWEET PIN SHARE

5 Comments on "The World Economic Forum (WEF) at 50: An Enduring Legacy of Hope"