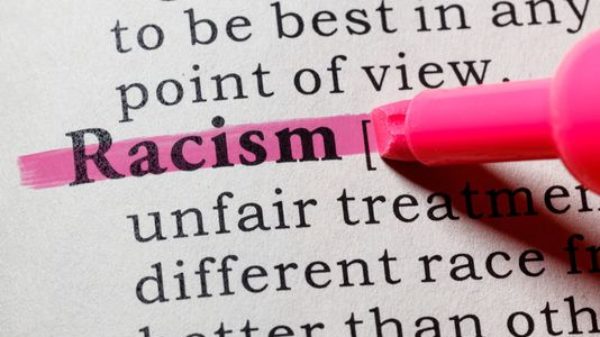 Remember the recent video of an Indian family vacationing in Bali, who got into a tiff with the hotel staff and as the conversation proceeded and got ugly, how the staff kept finding things the family had stolen from the hotel! It’s a terrible stereotype to be clubbed under, that of the Indian Tourist.

We just wrapped up an eight-day family vacation to Bali, Indonesia. When I say family, we were nine of us, seven adults and two kids. We made our own plans, booked our own stay and tours and found our way around the city so we didn’t have to be in an operated tour setting. We spoke about the video and that incident and joked about it too…

This was my second visit to Bali and for everyone else their first. I have been traveling quite a bit, but a huge chunk of it has been business or work-related travel and I hadn’t done a long vacation overseas for a while and I’m saying this with a context, that of being a holidaying tourist who is Indian and more so brown skinned south-Indian.

As we went on to spend a little over a week there, we were in for some rude shocks and interesting experiences. We were shown our place as second-class citizens and it was made apparent that we weren’t the audience they were looking for or wanting to cater to. Another interesting observation was that the men got better treatment than the women did, and the Indian and Asian women were picked on for cat calling on the streets whereas the Caucasian ones were left to themselves, at least by the locals for sure.

What could possibly work against you? Being a woman for starters, which is a no brainer and an Asian woman at that which is in context of gender, the next bit is about being Indian and brown-skinned south-Indian, the stereotypes keep piling up. In some places its subtle, in some blatant and in some places its outright overwhelming.

With some exceptions, I must say we got similar treatment almost everywhere. Let me now list down specific examples. We shopped and did a whole lot of sight-seeing almost every-day and what we initially thought was a language barrier leading to a communication gap turned out to be lack of interest to engage. The Australians and other Caucasian races would be responded to with so much of eagerness and people would fall over them to get them menus, explain to them the food and what it had, they would offer to take pictures and more…

At one place, they told us a table was reserved when we tried to take our seats and moved us out but in the next second a new set of people walked in and sat down and this place doesn’t take reservations. All they needed to out there was a signboard that said, ‘Indians Cannot Sit Here’. By now, you’ve figured the people were white skinned… Yeah, well! This was the repeat story at almost every place, the check in counters, the restaurants and the supermarkets. The cabbies were weird with their comments and the men standing on the streets would scream random Hindi words and songs.

At another instance, the sarongs outside the temple needed to be draped, for us, we were left to fend for ourselves, find it, take it, figure a way to drape it, while the others got the royal treatment of being called over, matching sarongs picked up, the draping process was assisted, the maps were explained and all this by the same staff that stood there watching barely ready to assist in anyway.

The next was at the Singapore Duty Free and I was buying bottles, which I bought four of by the way… I excused myself and asked the woman who had initially assisted me for a moment to help me or direct me to someone who could identify the content and base of one of the liqueurs. Even before I was halfway into the question, she turned around rudely and in severe icy tones, said and I quote “Can’t you see I’m assisting someone else. I can’t do two at same time.” No prizes for guessing who she was assisting.

Again, at Singapore at the perfumes section, in a whole other side of the terminal, as we stood billing, another girl from India was at the counter for billing and she also got a terribly rude retort from the cashier.

At first, I was amused, then bemused, it soon became annoyance and irritation and then I was just rolling my eyes, so much and so many times, I am surprised they didn’t roll into a whole other dimension.

This also made us very grateful and thankful about every experience that was not racist and we would tip and thank profusely because by the end of the week, we had figured where we stand in the chart. Our tour-drivers were wonderful, a couple of stores we had the sales folk behave very nicely, the water-sport and water park experience was great and three Indian restaurants felt like home.

I am a generous tipper to the point of spoiling or so I have been told and I also am a happy shopper and usually buy from every store I visit because I feel obligated to pick something up for having taken up time and I also can’t bargain to save my life. It’s all a combination that leads to the context of the ideal consumer, someone who doesn’t bargain, will buy and tip generously. But hey! Imagine my shock at all the incidents…

Why does this happen? Is it just blatant, in your face racism? Is it because the perception is that Asians and more, so Indians don’t spend? Is it because Indians are expected to cheat or steal? Is it because we behave like entitled idiots who think we own the world and are god’s gift to mankind? Or is it because we ourselves are generally badly behaved and rude and are rule-breakers and this is just a reflection of our behaviour? Or is it a combination of all the above?

It’s a vicious cycle, this… We behave badly, set a precedent and the next lot of people bear the brunt of the label which they didn’t create nor deserve. Did we ask for it? Perhaps we did, but when you are at the receiving end of this treatment it’s shameful and

Why this topic on forward leap you may ask and what is the connection to leadership?

I’ll tell you, as tourists we represent a brand, that of our country and we need to hold up the reputation of our land and people and I don’t mean it in a patriotic way but more matter-of-factly. We have a legacy that we are leaving behind constantly so we need to be conscious and cognizant of our behaviour and our responsibility towards this planet and its people.

If that’s too far-fetched to get and apply, then the easier way to look at it is, what you sow is what your reap or you will get what you deserve or what goes around comes back around and the sad reality is, it may not be true for the other side that gets the good treatment.

I didn’t want or mean for this to be a rant but more as a lesson in learning for us as tourists and for brands of hotels, restaurants, shopping malls and markets and airport duty-free places where there is constant customer interaction. As brands, it’s important to include Diversity and Inclusion in everyday customer facing operations too and not just restrict it to the organisation as the need is here and now and real and how!!!

The connection to leadership for both brands and people is, if you are inclusive in your behaviour and you treat people equally you will gain vastly from it…

Be the first to comment on "Tourism and Inclusion, still a far cry!"