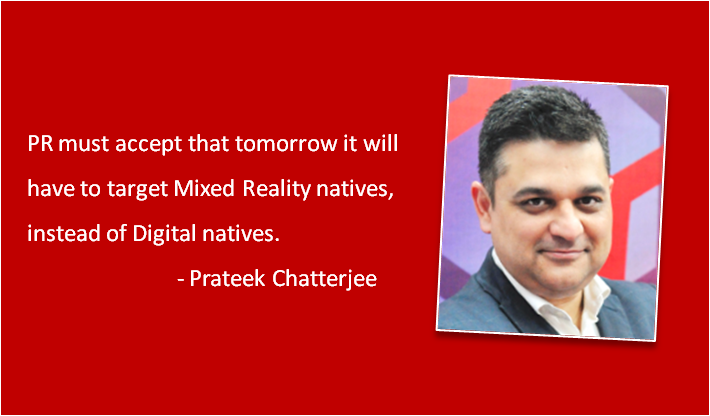 A few years ago, there was a film by a leading Indian telecom company, which featured the birth of ‘baby extraordinaire’.  The baby, within seconds of arriving on earth, grabs the doctor’s tablet computer, finds out how to cut the umbilical cord, does that, takes a selfie with the nurse, jumps off the hospital bed, uses a laptop to live stream the event, crawls and then walks out of the labour room with a bunch of balloons. ‘Born to the Internet’ said the catch line at the end, as reference to the Digital native generation… and while the theme seemed so appropriate until a short time back, in today’s age of the Fourth Industrial Revolution, where so many new technologies are coming together in a disruptive profusion, this expression almost seems a given.

Rather, one must now look to the next horizon — at the mind-boggling experiences that will be shaped by a bouquet of technologies like Automation (including Artificial Intelligence, Machine Learning, Analytics), Cloud, Social, Quantum Computing and Mixed Reality—basically a combination of Augmented Reality and Virtual Reality (AR/VR).

Examples of such experiences already exist and are creating a wow effect for users. Take Pokemon Go for instance. It has single handedly popularized Augmented Reality games among the masses. One of the top global revenue-generating games, Pokemon Go, uses the GPS of a customer’s mobile to locate, capture, battle and train virtual creatures called Pokemon, which appear on screen as if they were at the same real-world location as the player.

It is apparent then, that owing to Digital Transformation, christened the Fourth Industrial revolution, life as we know will change, rather is changing, and will undergo a complete metamorphosis in the next few years. Every aspect of the world that is now familiar to us will alter—which means that the fashion in which we eat, drink, shop, work and above all communicate with others will become different.

Communication in fact, will witness a sea of change, and here one is not only talking about the normal chit chat between individuals, but rather the way businesses ‘talk’ and interact, especially with their consumers. As a communications professional of many years, I am of course speaking about this great art of communications, which has evolved into a fresh new animal in the Digital age, only to change completely as we go forward.

Public Relations is now all about ‘Personalised Communications’ which is expected to become even more pin-pointed and targeted in the future. Companies can target diverse demographics and personas with content that is tailored to what they want. Organizations have realized that targeted social group conversations, direct mail outreach, and customized search campaigns work better than one-size-fits-all messages.

And even as we speak, global news channel CNN is showcasing its Virtual Reality news app that allows viewers to “immerse themselves in 360 degree videos”.  All this and the significant change of approach from ‘Mobile first’ (where it was all about touch-screen computing) to ‘AI first’ (where the computer recognizes voice and vision) will push PR towards a make-over.

Therefore whether it is news, views, entertainment, business interactions, travel or any other facet that they find engaging, they will have to aim for a Mixed Reality offering that is immersive as well as interactive.

With video exploding, and live streaming happening on every social media platform, PR will also have to expand its vision to include this popular technology. It will have to recognize that going ahead, the majority of the content that people consume online will be video. The rise of Instant Messaging will be a game changer as well.

PR will need to be wary meanwhile, of an alarming trend that can seriously jeopardize its very existence. This trend is of course fake news, which is simply playing havoc with the lives of professionals and the companies they are rooting for. To add deep fake is the more alarming avatar of fake news where Artificial Intelligence (AI) is used to make anyone say or do anything on video. The recent online  video where Barack Obama was seen calling US President Donald Trump “a total and complete dips**t”  is a case in point. Obama never said those things, and the video turned out to be what is called a deep fake, a type of video featuring realistic face swapping. Doing this is becoming increasingly easy with AI, which ironically is being heralded as the champion of the Fourth Industrial Revolution. So is the boon then becoming a bane? And to add, a high reputation risk?

The communications person of tomorrow therefore has to straddle new-age tech which detects fake news, have the skill to unearth the nuances of social media and at the same time connect with bloggers, have the ability to conceptualise and create videos, decipher SEO analytics, and much more.

Now that may seem like a lot to do, but Communicators have to ready themselves for interacting with the Mixed Reality natives. This will require constant change & innovation.

In fact, if this means that they ensure that their organizations create imaginative Mixed Reality experiences to innovatively engage their customers—bring the moon on earth for an astrophysicist, help a paraplegic ski once again on his favourite slope, or enable a lady to wear the Kohinoor around her neck, touch it, feel it and see herself in it… if this is what is needed to do to survive and thrive in the age of Fourth Industrial revolution, so be it! 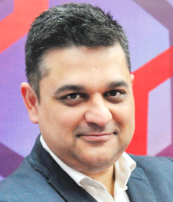 Why label healthcare PR as unethical?