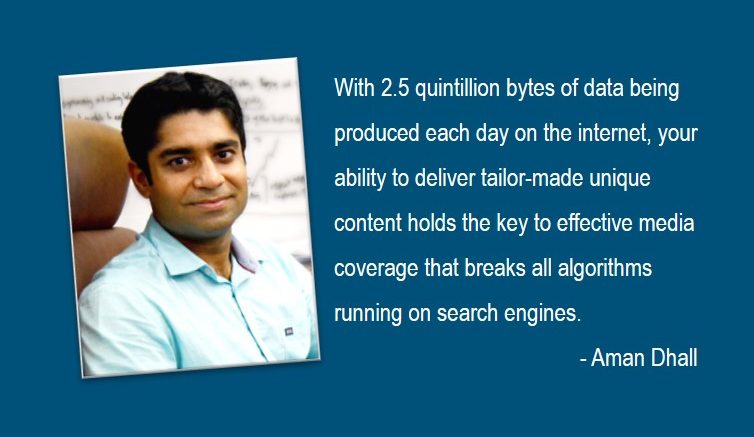 If there is one thing that the billionaire and Microsoft founder, Bill Gates could foresee that the noted astronomer, Nostradamus couldn’t, it was the observation that ‘Content is King’. Content may have not received its due recognition vis-à-vis the relationship aspect in the PR ecosystem in the past, but the phrase coined by Mr Gates, 22 years ago has come true for sure in today’s increasingly algorithm-driven paid media landscape.

While content was always viewed as an enabler in the reputation building of a brand, the relationship-building element in PR always overshadowed the ability of the content to break barriers giving the former a distinctive advantage. In many cases, it was also true to some extent that a robust media strategy and deeply-rooted networks could easily eclipse the need for creating high-quality content to carry forward the desired messaging through PR. However, the evolving media landscape has paved the path for new content consumption methodologies, which have resulted in putting the spotlight back on the critical role content has to play in order to engage with the desired target audience and to build an impactful connect with the relevant audience.

It would be also prudent to mention here, that one of the effects of the evolving media ecosystem is that the traditional media is on a steady decline. Even though that might not be visible in circulation figures, but the readership for sure is now fast moving online. According to reports published in exchange4media and Campaign India, an average Indian spends seven times more time on their mobile phone than watching TV and 14 times more than on reading news in print. In today’s time and age, print media and traditional TV viewing have shrunk for the new-age consumer. So have the number of pages dedicated to genuine news stories that are not paid. There are no new big entrants in the newspaper business and even TV channels are now increasingly moving their content online and building dedicated content for the digital platform.

In fact, with over 2.5 quintillion bytes of data being produced each day on the internet, it is quite challenging to stand out in the digital world. In such a scenario, even the most carefully crafted content often fails to perform unless it reaches the potential customers. As such, your ability to deliver tailor-made unique content holds the key to effective media coverage that breaks algorithms running all over the search engine.

With the altering market architecture, placement of news stories, press releases dissemination etc. is not as easy as it was a few years ago. Today it is likely that your most trusted network may not be able to deliver for your organisation even in critical situations. They are no longer keen on breaking news content as it simply doesn’t hold the same value in their office as it once did. If you truly seek to leverage the true potential of your existing networks in today’s digital age then the ability to identify what is newsworthy and developing consumer-centric content around it is the key.

Social media revolution has further accelerated the rise of content and diminished the pivotal role, PR once played in getting the message out. According to the latest Global Digital 2018 reports from We are Social and HootSuite, there are more than three billion people around the world on various social and digital platforms like Twitter, LinkedIn, Instagram, Facebook, etc. and the average internet user has about five social media accounts and all empower the audience to share content. As a consequence, we have stepped into a new era where if the content is appealing, it goes viral automatically and its reach transcends all boundaries. In that sense, content has started prevailing over algorithm-controlled networks.

The growing pressure on social media networks such as Facebook, Twitter & Instagram to remove fake news and fake accounts from their platform will only amplify content’s role in the brand’s reputation building and its rightful management.

To end, from a PR professional’s perspective, the current scenario puts the focus back on them to acquire multidimensional skills such as having knowledge of SEO, storytelling, and analytics and presents an opportunity to grow beyond the boundaries of their existing roles. In the times to come, I believe that the value creators in the PR fraternity would be the ones who would continue to invest behind good-quality content and leverage media networks on merit rather than relationships.

This article is part of series written by team leaders or professionals from the Reputation Today 30 Top Corporate Communication Teams – 2018 powered by Kaizzen Communications. 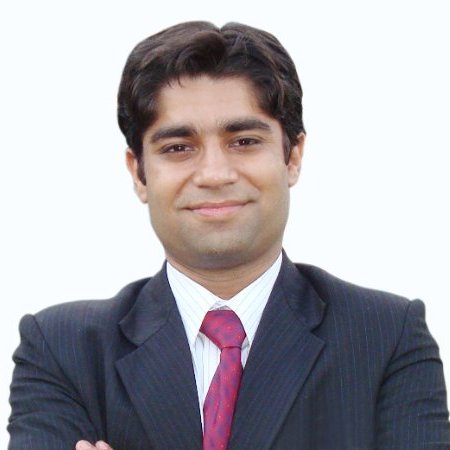 Prior to starting his leadership role with PolicyBazaar, Aman was an entrepreneur and ran a sport development venture for three years. He started his career as a journalist with The Times of India Group where he worked through different editorial roles between 2005 & 2010.

#RTSPECTRA: Communicating Culture at the Workplace and Beyond

The power of music in marketing