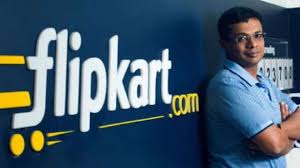 In the big hullaballoo over giant global retailer Walmart’s acquisition of home-grown Flipkart in India last week, most of the focus was on what it means for the two companies and the corporate valuations. But a side story that played out showed how important it is for corporations and startups alike in keeping an eye on internal communications while communicating key milestones to shareholders, customers and the general public.

Leadership is about honest communication and it is difficult to be equally and brutally honest with everyone. But it is important in an age of multiple stakeholder management involving shareholders, regulators, partners, customers, investors and employees, employees often end up bringing up the rear I suspect. And that is not a good thing for employee morale.

The acquisition of Flipkart by Walmart was a tricky one because a giant startup was taken control of by a giant retailer. While I found the press release carefully detailing the “innovative” nature of Flipkart and the subsequent news release by Walmart emphasising Flipkart’s unique, separate identity and the plans to take it public, what was missing in the official announcement was the name of Sachin Bansal, co-founder and first CEO of the company founded by Chandigarh boys and IIT mates Sachin and Binny Bansal. This was like the Sherlock Holmes story in which “the dog did not bark” was an important clue.

So the big questions are pouring out in some media stories. Was Sachin Bansal thrown out of Flipkart? Tongues are wagging. That raises a tantalising parallel with Steve Jobs being thrown out of Apple which he co-founded, at some point in the tumultuous journey of the company.

While it is true that Sachin B is exiting the company with a billion US dollars in clean cash, there are lingering questions on what the manner of his exit means for the morale in the company and in general. The quest for a desired transparency or ethical conduct you would expect from a progressive company, be it Walmart or Flipkart. 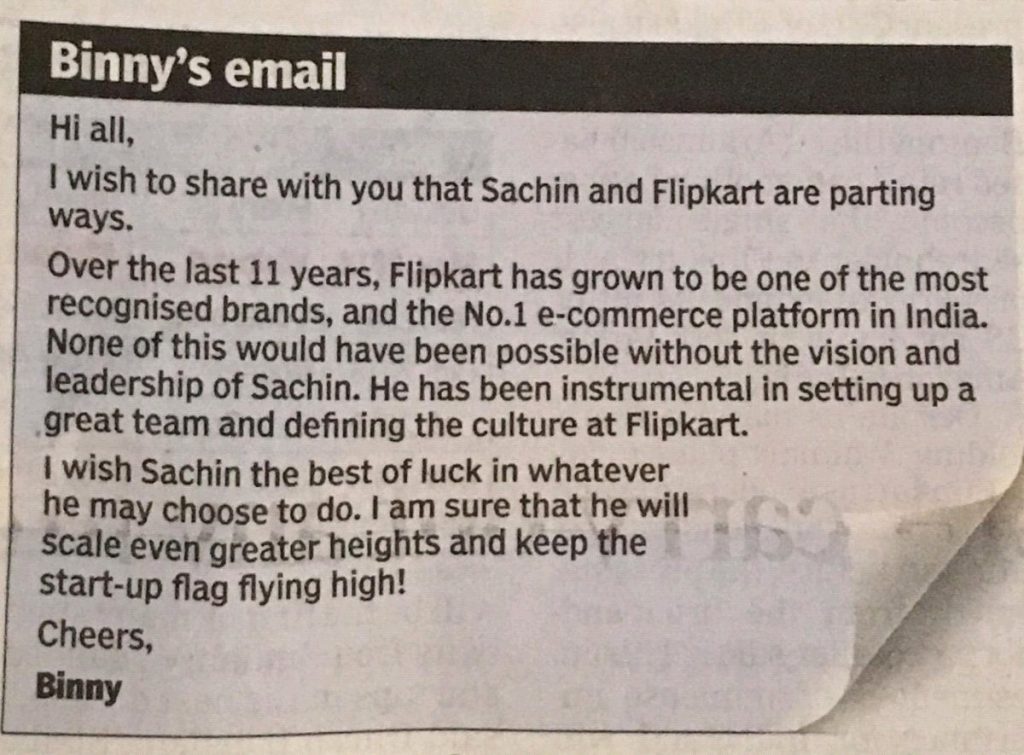 Binny Bansal’s internal memo first announced Sachin Bansal’s exit as if he was some call centre employee — if one is to look at Sachin’s tremendous work. Or that something was not right in the whole thing. The three para mail tersely announced his exit and wished him well and said he was setting up a great team etc etc.

Binny made up later with a warm, detailed mail that praised and celebrated Sachin. But we knew there was something not quite right in the way internal communications went.

Would Walmart have lost something if it had recorded a passing positive mention of Sachin Bansal and his contribution to Flipkart? Why does this remind me of Infosys and Vishal Sikka?

We shall hopefully get some more details later as journalistic probes meet tantalising leak stories, but from the point of view of employer branding and corporate governance, I thought a piece was missing in the whole game. In the checklist of reputation management, smart leaders should make the right choices in internal communications. (And remember that what you hide in your press release will be eventually be leaked between Twitter gossip, WhatsApp forwards and LinkedIn shares)

There are tradeoffs, hidden stories and style elements in this that need to be considered carefully.

My guess is that Binny will leave in about two years after milestone work that would give Walmart true control worth the valuation it has got and half-baked startup websites will go gush-gush from hush-hush.

As a journalist, I am always tempted to say: Yaar, if there is some gossip I need to know, get in touch!

Creativity, the soul of communication

North Blocked! How Finance Ministry curbs on journalists may hurt quality of reportage and governance