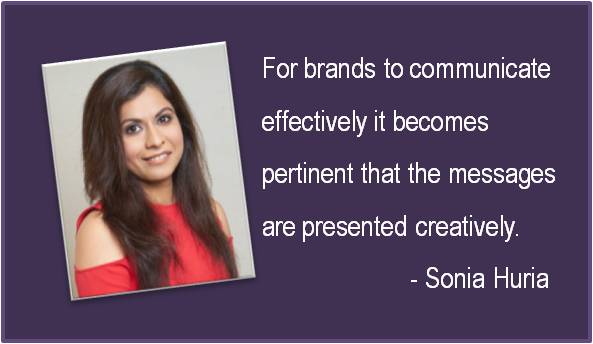 If medium is the body, creativity is the soul of communication. As the ecosystems around us evolve, communication is becoming increasingly dynamic with the ‘How’ increasingly taking the center-stage from the ‘What’. Messages in their inherent nature are unilateral and therefore, the way they are communicated makes them multilateral.

For brands to communicate effectively it becomes pertinent that the messages are presented creatively. Viacom18, the country’s fastest growing media and entertainment network, looks at its communications to be highly creative and clutter-breaking. As an organisation that has consistently been known in the industry to be unique (from prime time shows centered on taboo social issues like child marriage and transgender discrimination to bringing live reality show with creepy crawlies at dinner time), our communication campaigns could be nothing less than creative masterpieces. Whether the audience is external or internal, expectations are sky-high. Our organisational vision is to be the most admired Media & Entertainment company by continuously Entertaining, Engaging and Enriching the life of every Indian through sustained innovation & thought leadership. Deriving from our vision, when we communicate, innovation and thought leadership take the center-stage, bolstered by the drive to be admired. Our approach to any communication campaign is based on the following three pillars:

Pro-act and let the audience react

Understanding the beat of the audience is at the heart of every communication campaign. Being in the business of entertainment, we are always listening to our consumers. For a country as diverse as India, it’s surprising that the issues plaguing us are similar nationwide. We are also a country of opinions and as everyone knows, we love to get angry. However, are we getting angry for the right reasons? To answer this, came about the #GetAngry project.

As Viacom18 stepped into shaping its CSR journey, we chose to start from our home city – Mumbai. Initially it seemed simple – use the network’s financial resources to enhance infrastructure in the overpopulated slums of Mumbai and use the soft power to amplify Behavioral Change Communication (BCC) around sanitation, aligned to the national agenda of Swachh Bharat Mission. We also created a series of social experiments, released on our social media platforms, titled Get Angry Project. We very subtly compared existing societal taboos like PDA with commonplace unhygienic practices like open defecation and wondered if Indians get angry for the right reasons.

We started with a survey on Twitter asking people to vote for situations that got them angry. We asked them if they saw a girl standing on a bus stop with a see-through bag of sanitary napkins, what will their reaction be? We asked them what would anger them more: people kissing in public or spitting in public. From our Twitter survey, we found out the top three situations that angered them. To bring out the irony, we conducted three social experiments with hidden cameras that compared the situations which angered people with those that didn’t, and put a scorecard.

This campaign showcased the power of interactive communication. With more than 3 million views on social media, the #GetAngry project posed a question and ‘made a statement without actually making a statement’ and won prestigious awards such as the SABRE South Asia Best Social Media Campaign.

As a part of our Diversity and Inclusion Program, Viacom18 introduced WAVE- Women at Viacom18, an endeavor to make us the employer of choice for women across the board, by providing a level playing field while building equity over equality.

The communication aim was to change convention and so we did. What followed the launch of a path-breaking policy in the history of Corporate India, were a series of internal as well as external communication that spoke to women and men about the need to address the conundrum around career v/s family that women face at some point. The entire employee base was targeted and not only women.

Our teaser phase was designed in such a way that it called out typical stereotypes which everyone would relate to. For example, communication with the following messages went out to all our employees: ‘Society says it’s not safe for a working woman to stay out this late… A WAVE is coming soon’ and ‘Common Wisdom says there’s no way a pregnant woman can still have a career… A WAVE is coming soon.’ Communication on our social media platforms through videos as well as media articles have directly spoken one message of being a woman’s choice of workplace through various creative renditions.

Viacom18 houses a plethora of brands and functions under one roof. And each brand is made up of people with distinct identities. The audience is diverse, starting from the dramatic teams of Viacom18 Motion Pictures, to the cool kids of VOOT and the spunky MTV dudes, and even Viacom18’s very own pupper “Chamcham”. To make an internal newsletter that is truly democratic amidst this myriad of people (and pets), it was pertinent to have a voice from everyone in the organisation. Internal Communications can’t be templatised, as the audience is varied and therefore, we took a democratic approach.

We created a platform where the people of Viacom18 could express themselves and come together as one. Starting from the nomenclature we aimed to make it resonate with Viacom18’s ethos – we called it Viabuzz. Everything Viacom18 with a tad bit of zing! Stories from travel dreams of our support staff to rapid-fire rounds with our leaders, there’s something for and from everyone in Viabuzz.

And the result? 1300 first time views on an average per month. Which is pretty much the entire organisation with average time spent – 06:34 minutes. And that’s a lot considering the digital audience loses interest in something every 8 second.

We are increasingly becoming part of a global audience that might not speak the same language, but have a similar thought. Local is becoming ‘Glocal’ and to keep this audience engaged putting forth the communication creatively is the way-forward.

This article is part of series written by team leaders or professionals from the 30 Top Corporate Communication Teams powered by Kaizzen Communications. 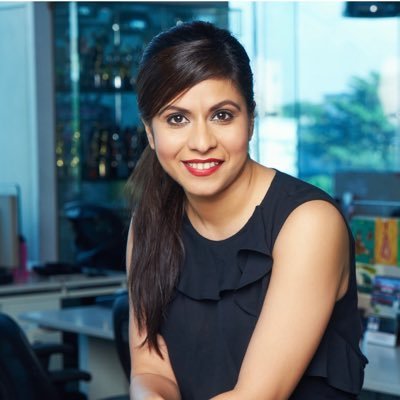 Head - Corporate Marketing, Communications and Sustainability at Viacom18
Sonia is responsible for driving brand and corporate communication for the media conglomerate across all its lines of businesses – broadcast, digital, movies, merchandise and live events. Additionally, she also spearheads Internal Communications and Corporate Social Responsibility for the network.

Prior to working with Viacom18, she has worked with Weber Shandwick and Genesis Burson Marsteller.

She serves as a managing committee member at The Advertising Club and has served as a jury member on IPRCCA, SABRE Awards, PRWeek Asia.
SHARE TWEET PIN SHARE

Be the first to comment on "Creativity, the soul of communication"

Message in a bottle – WII FM

A Plea from the heart