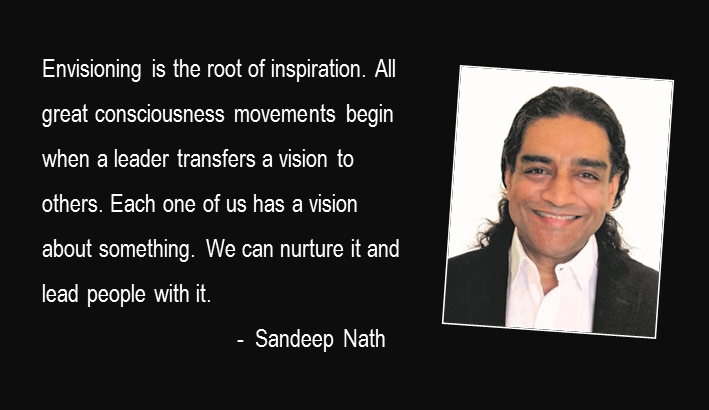 Wondering what the common denominator is? It is Pondering. Pondering over what, you might ask? I seek your indulgence on that. Bear with me as you read on.

Human consciousness is different from that of any other species because we have a better-developed ability to empower others. “Man is a social animal,” you have probably read in school books in your early years. This socialness is about empowering, which has led to the development of corporations and democracies, which today govern human society.

This empowerment business rests on the ability of the empowering leader to use three Es. Envisioning, Edifying, and Energising.

Envisioning is the root of inspiration. All great consciousness movements begin when a leader transfers a vision to others. Gandhi, with the non-cooperation idea. Even Hitler, for that matter. Or young people, like Greta Thunberg, who are inspiring the world about the environment. Each one of us has a vision about something. We can nurture it and lead people with it.

Edifying helps build up people by speaking well of them. NASA and JFK edified each other on the moon mission. I believe, when they started, it was merely a dream, with abysmal preparedness. But the President vocalised the capability of the space agency to put a man up there, and the agency called the President a man of his word. The result, you know.

The third E, Energising, is when the leader stirs up energy that empowers. From Gandhi to Churchill to Mao to Mandela, the energy behind their famous words has impacted consciousness forever. But do you know where this energy comes from?

There lies the linchpin of it all. It comes from Purpose.

Purpose, by itself, exists at five levels. Guru Pranachandra refers to them as the five Ps.

Performing is the first P. The majority of us humans begin and end our lives with the sole purpose of performing. Right from childhood, we are conditioned to do stuff. To keep busy. To mark time. Do you remember hearing people say, “She’s very busy, but I have no idea what she does.” Well that, about sums up performing. To what end? With what purpose?

Some people move up from Performing to Proving. They are not merely busy… but are busy to meet a goal. To win the match. To win the war. To win love. To gain acceptance. To better themselves. And this is great. At least these people get out of bed every morning with an aim. Which we can call Purpose. But it is a limited purpose.

The exciting stage is when the purpose is unlimited. When it is not part of anyone else’s agenda. That is the third P. Passion. Passionate people would do what they do, even if they aren’t compensated for it. They are self-propelled because they have found what makes their heart happy. And they are at a level where they do energise others with purpose.

But there is one big problem with Passion. Which was the problem faced by Michael Jackson and Siddhartha and the engineering student and the rich ladies. And that is, that one gets what one wants. Because when one succeeds, suddenly, purpose comes onto a loose footing. And one enters the fourth and most dangerous level – of Pondering over purpose. And it is by crossing this chasm – successfully – that many find their true, energising purpose.

Emperor Ashoka. Bill Gates. MK Gandhi. They could all have been Performing, Proving, or even leading with Passion. But it was the Pondering that led all of them to the next and final level of purpose… of Prosperity.

Prosperity is the level five of purpose, which the Buddha recommended as the path to liberation, through “working for the benefit of all sentient beings.” It is time we bring back this ancient wisdom for defining our true purpose… to transfer our energy… to empower positively… and to raise human consciousness. 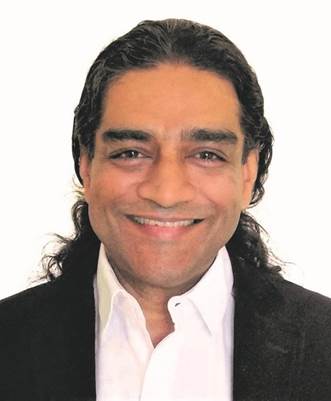 The plague of ‘Binarisation’ and why we need to address It