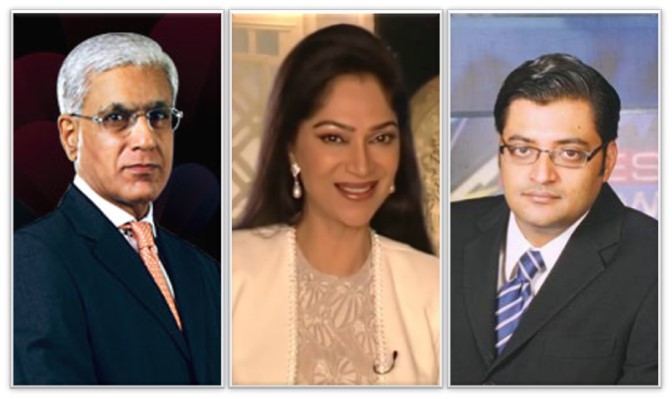 There’s is a Hindi proverb, ‘Aa bail, mujhe maar’ (Come dear bull, attack me) in an idiomatic reference to people who ask for trouble. I am reminded of that proverb everytime a political leader is accused of not giving interviews or granting them only to journalists who their peers consider to be soft. Seriously, why would anyone voluntarily invite trouble? That is why I am not surprised that Prime Minister Narendra Modi chose to give his new-year interview ahead of general elections this year to Smita Prakash, editor of Asian News International, a news agency.

I do not want to go into the details or the criticism levelled at the interview. But Congress president Rahul Gandhi stirred controversy by describing the journalist in question as “pliable” unmindful of the fact that he and his mother Sonia Gandhi are not famous for granting interviews either. Nor have they granted real interviews of the hard-hitting kind.

We all know by now that Modi abruptly ended an interview with Karan Thapar before he became PM and that the journalist wears it like a badge of honour. At least, Modi’s critics and Thapar’s admirers look at it that way.

We also know how it can be painful for an interviewer if he has a reputation for combative questions or a haranguing style but goes soft on a big target. Look at Arnab Goswami when interviewing Modi, and you would know what political power does to studio monsters (the latter-day paper tigers).

All that makes me raise some questions.

There are no easy answers to the above questions, but personally, I think it is futile for a journalist to be a hero for the sake of it. Some interviewees like combative interviewers because they believe they can come out looking good. But I do believe that a soft style does not necessarily imply soft questions. An interviewer’s tone should not be mistaken for softness or hardness. I know some smart journalists who ask soft questions in a hard tone (like bowling a short-pitched delivery in cricket to a batsman so he can hook it for a sixer) in order to project a hard-hitting style. I also know smarter journalists who couch their hard questions in the middle of soft ones and keep the soft tone.

I do believe it is best to go with an empathetic style but one in which the idea is to lure out the subject into revealing things. I think Simi Garewal pulled off a coup when she got the late Tamil Nadu chief minister Jayalalithaa to sing during an interview. Ms. Garewal is hardly a political journalist, but the proof of the pudding is in the eating. I had tweeted last week that she should be interviewing Rahul Gandhi.

If some supplementary questions turn hard in the middle of an empathetic interview, that would be ideal. That would be, in cricketing terms, a googly that the batsman cannot read easily and is forced to play. It is time to say that political journalists should take lessons from Ms. Garewal. The perfect tete-a-tete would be one done broadly in Garewal style, but containing the occasional one tossed up in the middle like Thapar but in a subtler way. Or a faster one, as some spinners in cricket do. If you persist like Thapar, you will get cheers from your fan club, but the interviewer list may come down.

Interviewing is an art, with just a dash of science to help people practise the art. Like bowlers do in cricket, you can go over the wickets or around it. You can’t get all your balls to get wickets, but the trick is to avoid no-balls as much as to avoid short-pitched ones that won’t go for  catch! The aim should be to take as many wickets as possible.

As I finished writing this, I stumbled on an article quoting a Columbia University journalism professor, Stephen D. Isaacs. who offers four interview lessons that echo my perspective.

Guess who fits all these points well? I would put my money on Simi Garewal over the famous political journalists mentioned above.

Influencer marketing in the time of COVID-19

Life in the Bangalore office – Chapter 6