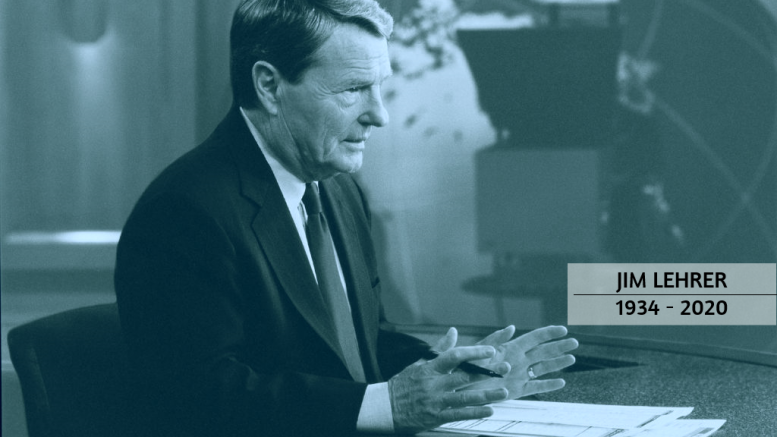 Journalism is like art, I often like to say. It has many styles and approaches, and often, different goals as well. So, it is not surprising that some media organisations in India put nationalism above journalism (which is to say they carry forward the government’s message than questioning its own conduct).

The most popular, idealistic definition of journalism is about speaking truth to power.  There is another extreme form of idealism, which is to say journalists should be active listeners and focus on facts and take no stand whatsover. I call this fat-free, sugar-free, salt-free journalism. Books can be written on the two extremes, and many shades that come in between and beyond.

My musings on the bylanes and highways of journalism emerge this week after the news of the death of Jim Lehrer, a highly respected US journalist who passed away last week aged 85.

Journalism website Poynter listed lessons from the life of Lehrer, founder of ‘PBS Newshour’ who was criticised in 2012 after he moderated the first debate between Barack Obama and Mitt Romney for not pushing back on their answers.

“I was not there to question people,” Lehrer had said then.  “I was there to allow the candidates to question each other.”

Lehrer’s style is one that I would describe as one of “soft credibility”. This is journalism’s equivalent of what in diplomacy we call “soft power.”  I loved the lessons from Lehrer’s life on things like doing every story as if it was about you, or about not interfering in the private lives of people unless it is “absolutely” otherwise (as in – a matter of public interest).

I would like to bow to the standards of decency set by Lehrer as I do a “RIP” for him and salute the likes of him who inspire journalists worldwide. However, we also know by now that everyone from New York Times and Washington Post to NDTV and India Today practise or have practised everything from deep investigation to critical reportage to sting operations that go against Lehrer’s gold standard.

Journalism often involves dealing with or writing about people who are clever, dishonest, shifty or ruthless.  The bit about reporters having to develop a “built-in” bullshit detectors goes back to Ernest Hemingway.

In that sense, I find one of Lehrer’s lessons questionable: “Assume the viewer is as smart and as caring and as good a person as I am.” I often see the journalist as a person who by virtue of instinct, intuition and information, has to be smarter than the reader in standing between those who mislead and those who ought to be enlightened. It becomes more complicated in countries with varying degrees of illiteracy and misnformation. The journalist cannot just afford to be bland or naive.

However, Lehrer’s lessons should be to most journalists what “perfect competition” is to theoretical economists: it does not quite exist, but is highly useful in designing market economies or studying regulation. It takes all kinds of journalists, but we do need grandpas like Lehrer to show some nobility in a profession in which propaganda, spin and downright lies are common. Rest well, Mr. Lehrer. Your points are well taken. It helps us attempt to be better human beings — something very difficult for journalists to be in the hurly-burly of a tough world.

Be the first to comment on "Why journalists should be decent, and why that is not easy: Musings on Jim Lehrer"

Tribute to Fathers, Cricket and Yoga