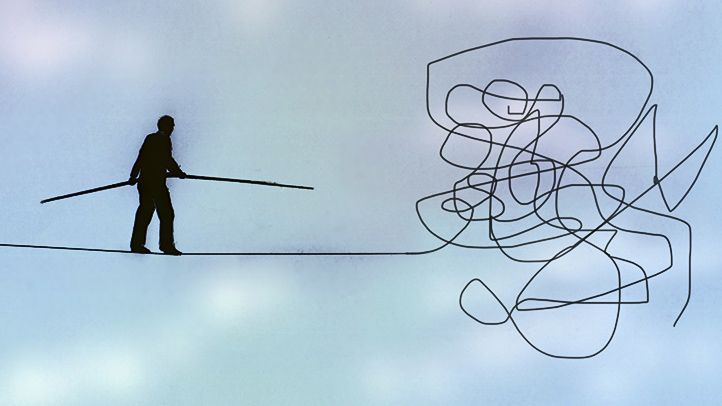 I had just returned to India after two years working as an interpreter in then Communist controlled East Germany.

While I had not read George Orwell’s ‘1984’, I was, in a sense, in an Orwellian situation.

I needed a job, but nothing seemed to be working out.

One day, close friend called to say that his company (an MNC) was hiring management trainees. He told me the format and the date. There was to be a group discussion, followed by an interview with the Sales Director.

On the appointed date, I reached the venue. And, to my consternation, I saw at least 80 other candidates present.

Having no choices, I sat through the group discussion, trying to make myself heard.

Apparently, I succeeded, because I was told that I had been shortlisted for the personal interview.

The moment arrived. And I came face to face with the person who was likely to change my life.

His first question had me in a tailspin!

So, young man, are you looking forward to being posted in Sahranpur? That’s where all our trainees are sent for the first year.’

I don’t know what came over me and I replied, ‘Sir, I am not interested in going to Sahranpur.’

What seemed like a long period of silence followed.

The Sales Director then asked me, ‘Young man, just what is it that you want to do?’

I said to him the first thing that came to mind, ‘Sir, I don’t really know. I am confused.’

He said nothing for a few minutes. Then picked up his phone and called someone, saying ‘I have this intelligent but confused person sitting before me. I want to offer him a job, but he does not want to go to Sahranpur. Are you hiring?’

He then nodded his head, and hung up, to speak to me again.

‘Atul, my brother who is a Director in one of India’s largest ad firms, just told me that they are hiring. Go and meet him at his office in Nariman Point.’

I did just that. On the way there, I remember thinking, ‘but what do I know of advertising?’

Anyways, I reached the 13th floor office of this ad firm, and was ushered straight into the Director’s office.

‘So what do you know of advertising’, he asked, puffing away at his pipe.

Not much sir, but I am willing to learn’, I responded.

Do you remember any recent ads’, he asked?

The peas ad, sir. I remember the Mafco peas ads’.

That’s good. I would now like you to meet two of my other colleagues’, he said.

After waiting for 10 minutes in the lobby, I was ushered into the presence of two senior associates of the firm.

One just sat and observed, and the other asked questions.

After talking about my experiences in East Germany for about 10 minutes, there was silence.

Then, out of the blue, the talkative person asked me, ‘What’s your sex life like’?

‘Right now, non existent’, I shot back. And bit my tongue!

There were no further questions.

Just a further wait of 10 minutes in the lobby.

Then Ajay (the talkative person), came to me and said, ‘Please pick up your appointment letter’.

I could not believe it. But the appointment letter in my hand told another story.

I went back home and dad asked me, ‘How was your interview?’.

I did not offer any more explanations, not wishing to get into whatever had happened.

Communicate with your stakeholders. It is now or never!