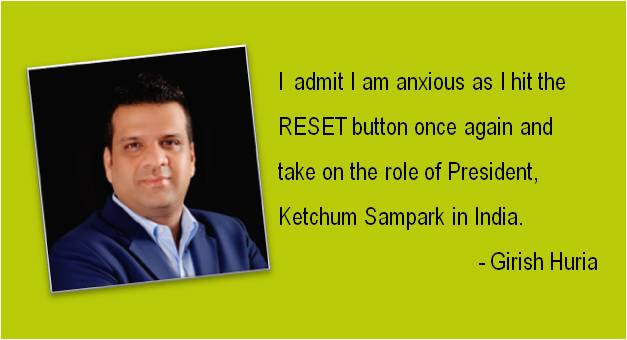 I am at the cusp of embarking on an exciting journey in my professional life, having spent nearly two decades in the public relations business.  I would be lying if I don’t admit that I am anxious as I take on the role of President, Ketchum Sampark in India. Anxious, not because I doubt my capabilities of fulfilling the role, but yet again, I have decided to press the RESET button, when all was going just fine in my professional career and in the job I quit.

A lot of professional colleagues I know of, switch jobs because of reasons like better compensation, bigger role (designation), stifling work environment or alienation from line manager. I haven’t had any such reasons to move in my last three assignments. I have been mentored by leaders whom I still admire, I have had immense respect for colleagues with whom I have worked with and more importantly I have been a great brand ambassador for the organisations that employed me. By focusing on my performance and being honest to my job, I ensured that other elements like growth and compensation were well within my means. However, I still quit such wonderful organisations. I remember the great Jeff Inmelt saying when the time is right one should reset. And that has been the basis of my decision for my career moves.

When I decided to move after 11 years at Genesis B-M, I was the Managing Partner, North and East, handling the largest portfolio with the largest team. The organisation supported me in every possible way. I moved cities from Mumbai to Pune and to Delhi. I serviced some great brands and worked with immensely talented people. I moved, because it was time for me to reset and embark on a journey which would help understand how to help build an organisation.

Joining Avian Media as Chief Operating Officer gave me an opportunity to learn nuances of marketing, operations, human resources, digital, CSR and many other facets of running a business. My four-year stint kept me on the move, as I spent much time in Mumbai and other cities, trying to grow the business and a team. It wasn’t easy to stay away from family every week, but my excitement was childlike. There was enough evidence of the efforts paying dividends. The business grew and the consultancy was being recognised for the good work being done for its clients. The wheels were turning and had gained momentum. But again, I decided to move. This time my decision to reset was more personal than professional and it wasn’t an easy, as it meant relocating family and me to Mumbai.

I joined eBay India as Head of Corporate Communication in 2014 in Mumbai and to tell the truth, the compensation wasn’t substantially higher than what I earned in my previous job, but that didn’t matter. What mattered to me was that my decision got me closer home to take care of my parents. It also helped that I got to spend more time with my growing son and focus on my own health. eBay gave me an opportunity of understanding on how to develop relationships with internal stakeholders. I also got exposed to global campaigns and got tasked with responsibilities including employee communication and engagement, which I hadn’t done in my consultancy life. What I hadn’t anticipated though were the challenging assignments of managing job redundancies and the imminent merger. These assignments converted me from a Boy to a Man. My journey at eBay India would have possibly continued for years to come, as I would have pressed reset, by seeking an international move. But that wasn’t to be.

Pressing RESET is always difficult, when you move organisations, where you have spent many years and stabilised your career. But when the RESET gets pressed without you controlling it, it can be unsettling. So what does one do in such scenario? Jump at the next best possible opportunity – obviously taking into account all elements of what one seeks from a professional move OR let the button be pressed as anyways you haven’t pressed it. In my case, I let the button beep – annoyingly.

I reached out to few mentors and friends, trying to understand how to deal with such a situation as sometimes you don’t know the best. I spent enough months talking and meeting with people. This helped open up opportunities and provided me with options to decide. When I was ready, I pressed RESET.

I join Ketchum Sampark on November 13th 2017. My enthusiasm sees no boundaries, my body and mind are all pumped up and I am behaving child-like again. What this translates into in the years to come is anyone’s guess, but, I for sure know that my attempt will be as sincere as it has been in the last two decades.

See you on the other side. 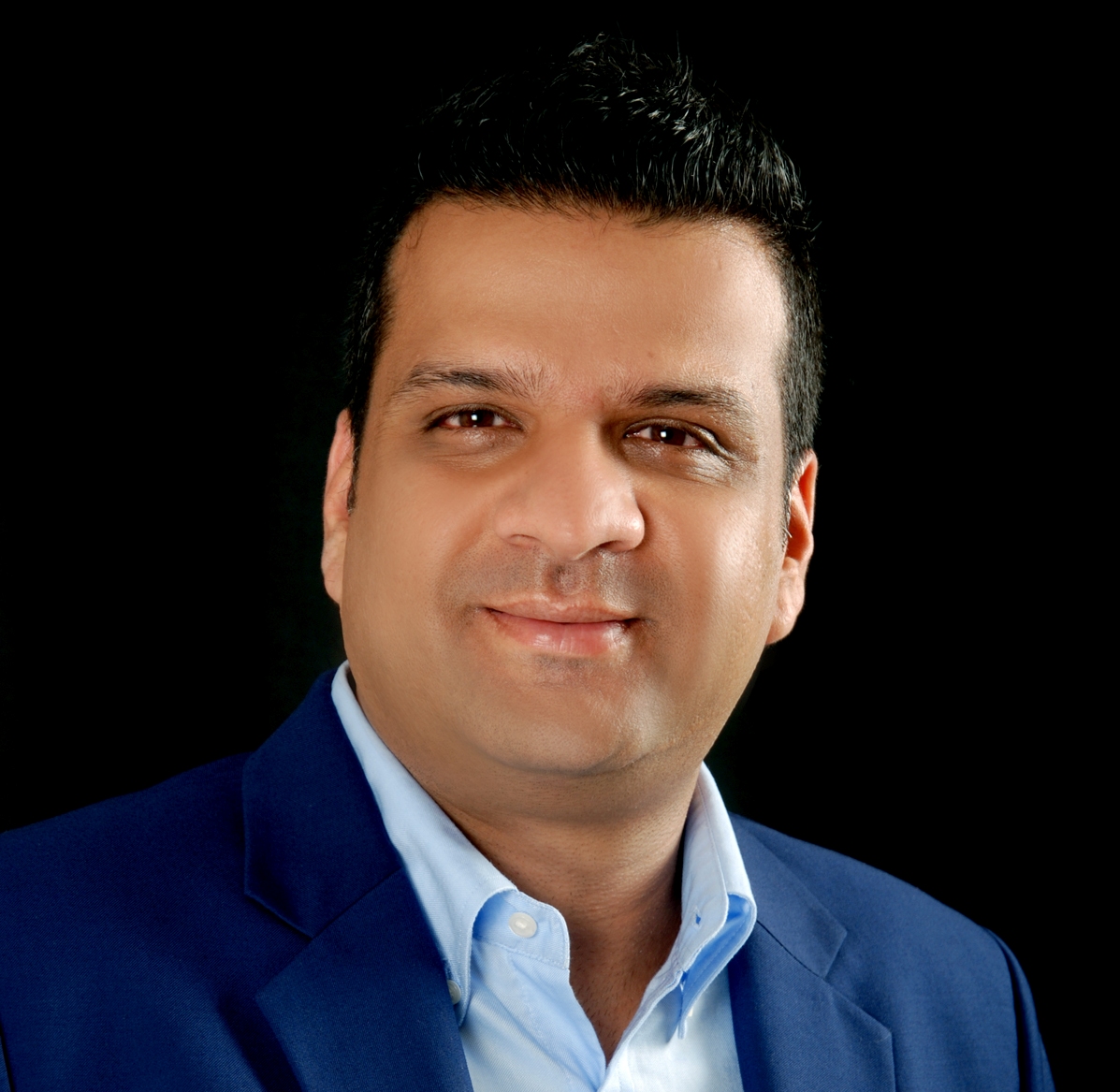 Where are the jobs?

Be the first to comment on "Difficulty of RESET"

The office: Back to the future, or forward?