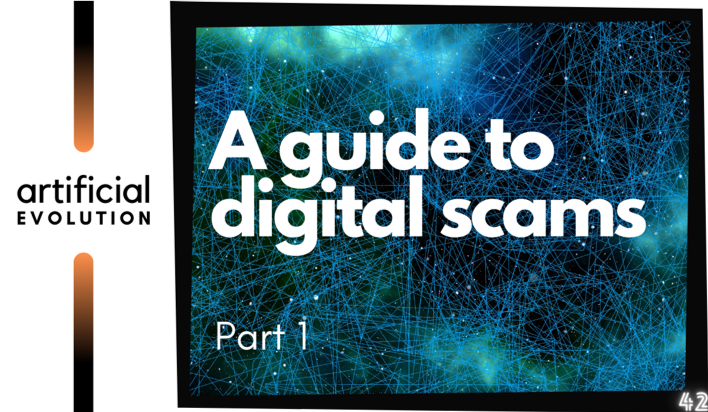 Fundamentals of a scam

From the African king who wants to give away his treasure because of accounting issues to the Pablo Escobar company (yep, this Pablo Escobar) who ‘sold’ gold plated iPhone 11s, online scams usually have 2 things in common – taking advantage of the lack of fact-checking or using simplistic ideas for complex issues or problems

But who’s going to do fact-checking and all, bro?

Remember when the Netflix series Narcos made a well know convicted drug lord the anti-hero in all our minds?

The Escobar family was listening.

Formed by his brother in 1984, Escobar Inc was supposed to be redemption for the family. A new slick website was created in 2017-18. And the Escobar legacy of brute strength and wild claims was initiated. Tech YouTubers all over the world received a gold plated Galaxy Fold or iPhone 11 that was cheaper than the actual device: a smackdown on all other international brands. Users were enamoured by the idea and imagery around the Escobar 1. Reviews were great. But there wasn’t much user feedback or too many testimonials on platforms. Later in 2019, they released a Gold plated Samsung Galaxy Fold2 that was half the price of the original device. How? They claimed the phone was refurbished. Through renowned tech YouTubers like MrWhoseTheBoss and MKBHD and even Indian publications like the Financial Express and The Quint, the brand created hype for a foldable device at half the price of the original smartphone. Customers raced to the official website to purchase the devices. It was too good to be true. Not only were customers aligned to the anti-hero Escobar brand. Now they waited for the courier to arrive.

A few days later, nothing.

A few more days later something came in the mail.

A book – chronicling his life and times as Columbia’s foremost leader.

No phone. Because there weren’t any.

Update: They did it again in May this year with the iPhone 11. ET did a story.

If it’s too good to be true – probably is.

Also, think twice about buying anything from a drug lord’s family.

Ruja Ignatova, a Bulgarian entrepreneur and author, was making waves during the cryptocurrency boom of 2016. She founded OneCoin, an alternative to the other currency that everybody uses as a generic name for all cryptocurrencies. Her ideology was based on the wider crypto movement of banks and governments having too much power and how money needed to be ‘democratized’. She loved selling the idea of community and how OneCoin (traded at No 2 of all cryptocurrencies in 2016) would change the world with it’s ‘transparency’ and ‘decentralization’ – keywords often used in the crypto and blockchain water-cooler conversation.

Ruja, an Oxford graduate with a PhD, drove 3 million consumers to invest in her vision. Conferences across the world from China, US, UK, some African nations and even India had existing and potential investors mesmerized by the pomp and show of it all. In April 2017, she was scheduled to give one of these speeches to investors in Lisbon, Portugal.

And has been missing ever since.

After an investigation in the following months, Interpol and other cybercrime divisions found out that OneCoin was essentially a multi-level marketing scheme. Every new customer was told that the more you buy and can sell to others, the richer you can get. Each investor brought in more investors who further brought in new investors on whom they could make a commission on. For anyone who knew anything about how cryptocurrency works, this was an obvious crack in the system.  For new ‘investors’ though, this seemed like an opportunity to get rich over a sustained period of time.

It was a Ponzi scheme.

Update: Dr Ruja’s brother was convicted in 2020. Her sister, though, is still in hiding.

So many scams. So little time

Being online doesn’t let you scam more easily, but provides 2 pillars of support – anonymity and volume. There is also a significant amount of variance in ‘claims’ that allows scamsters to hide their motives in plain sight.

For perspective, here are the top 5 types of scams online

(based on use-case – there are many subtypes)

1. Phishing: Probably the most popular format of scams out there. It comes in various shapes and forms but the motive is to get some or all of the victim’s data. The idea is to send open-ended communications to the mark and allow them to think they’re in control. Usually through messages and/or email – they could be masked as someone you know, a vendor/client or with an official/similar sounding bank name or more often than not posing as the government or the Income Tax department.

“You have won 500,000 GBP in Global Rotchester bank’s annual sweepstakes.”

2. E-commerce scams: This type of scam is a result of “when something becomes mainstream, fraud arrives” analogy. Consumers are led to believe that a never-before deal has been unlocked or a coupon code on a specific platform would allow them to buy something for free and the customer would only need to pay shipping and handling fees.

3. Fine-print scams: This is probably a more sophisticated type of scam that takes care of dotting the Is and crossing the Ts in most places. This one leads heavily into the ignorance of the mark not focusing on the details of the agreement (usually a digital “agree/disagree” type format) they’re entering into. Some legal corporations do this too.

“This service is free to use.

XYZ organization has the right to modify, change, audit and substitute any and all elements and deliverables”

4. Banking, finance and ‘Pre-Approved’: An interesting route whilst using the “complex into simplistic” fundamental is the way scammers use it to make the mark feel like they’re privileged. In 2020-21, we’re more averse to these but believe it or not, even today, people fall for fake credit card and loyalty programs. Often, they are combined with a phishing scam that allows them to gain some initial understanding about your data so they come across a bit more believable.

You have been pre-approved for an Add-on card by Citibank. Please visit www.cittibank.com/PreApprovedCard to activate your credit limit today.

5. Download scams: If like the author, you depend on the internet for all your entertainment and productivity needs, it’s easy to get swayed by these. They could come in many shape or forms. A fake install button, a dubious link, a file that once downloaded, doesn’t do much of what it promises – or the most sneaky of all:

Your phone number, IMEI and location are now with a communist government server with sketchy leadership.

Great, so let’s just wait and get scammed.

Usually, its shame that keeps us from reporting most scams. We don’t want to admit to looking dumb in front of our peers. Unfortunately, though, none of us is immune to them.

Still, like most things on the internet, with experience, you ‘see through the bullsh*t.’

In part 2 of this piece, we’ll discuss the measures you, the reader, can use to be aware of scams (prevention) and tackle the situation if you’ve been cheated.

With NFTs in your PR toolkit, the Moon is the limit