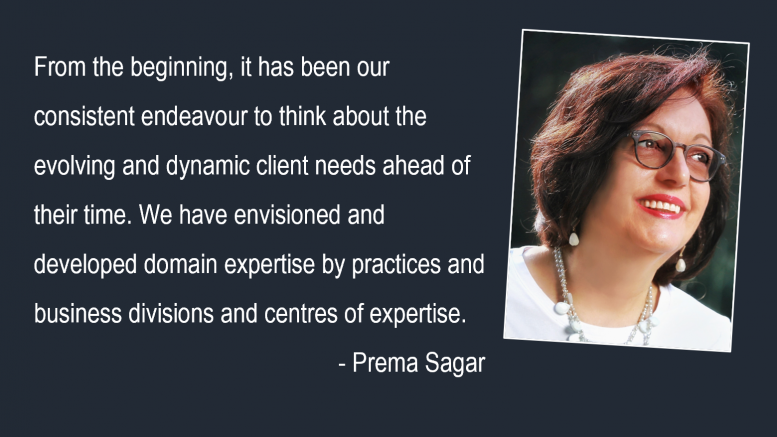 Anyone who knows me realises how much Mother Teresa inspires me. And these words by her hold a special importance for me. They were the mantra with which I began my entrepreneurial journey 30 years ago. They are the mantra I follow even today.

When I look back, what strikes me the most is how many people began their own careers with us and are today at leading positions across the industry, in India and the world. When I meet them today, they don’t talk about Genesis BCW as a place where they worked. They refer to it as an institution. How did we go from a small team to an institution? Let me take you back in time…

No one knew about public relations 30 years ago—nor did I. But we didn’t need to know the definition—we just needed to be creative and open to new ideas. Our journey began as a result of some chance encounters and a series of coincidences. My brother and I were managing our printing press back then and we happened to be doing some work for THE Park Hotels. The first of everything is always special and irreplaceable and our first client, THE Park Hotels will always be a cherished one that we nurture even today. They were looking for an image change, but not through the usual advertising route. Thus was born ‘Going Public at the Park’ a monthly speaking event that brought attention to the hotel as a high-profile hospitality location. This first partnership sparked more, eventually leading to the genesis of Genesis PR.

Starting a PR firm back in the 90s was like exploring the unknown, but I had implicit belief that with the right partnerships, I would be able to create a firm that stood out and pushed boundaries. Genesis started its official operations on the November 1, 1992, a landmark year in my life and in the life of India. The country had witnessed the most revolutionary economic reforms and business and trade had opened up. We began as a three-member team servicing three clients. The entire industry was at a very nascent stage, with the work of a PR firm revolving around getting press releases published and that needed to change. With each client relationship we worked on we decided to consciously lay down a solid foundation for PR for the years to come. A lot of work needed to be done at an industry level and I started by writing about PR in the Financial Times and holding round tables on PR. My goal was clear—if Genesis was to grow, the industry had to go through a paradigm shift and we were going to be the flagbearers of change.

Time flew and both our client base, employee base and business grew. We realised that we needed to strengthen our leadership. We also realised that we needed to expand our services to cover Bangalore, Mumbai and Kolkata. In 1996, we opened our Bangalore office, while in 1997, we set up the Mumbai office. A small office was also set up in Kolkata. I also remember deciding around this time that we were going to be a technologically savvy firm, and the first step towards that was putting a computer on every employee’s desk. These were all brave radical decisions, led by the collective gut of the leadership and backed by hard work and perseverance. Even as we grew, though, we were all very clear that business growth would never come at the cost of integrity and ethics, which is something that we stand by even today. The value system at Genesis has been the same from day one.

One of the things we realised very soon was that if we wanted to grow, we couldn’t do that without the industry growing with us. For that, we needed to collaborate and share our learnings. With that in mind we approached the other agencies and after several discussions, the Public Relations Consultants Association of India (PRCAI) was formed as an industry platform. Later, this same principle was used to drive the formation of the Public Affairs Forum of India (PAFI). More recently, we supported the launch of the India chapter of Global Women in Public Relations (GWPR).

As the years passed by, people came and went, and each of them left a lasting impact on the firm and on us. Each of them brought invaluable experiences, knowledge, capabilities and insights, and added value in their own way. And then, in 2005, Burson-Marsteller, a global public relations giant, came to India and we became a part of them, charting a new course in the history of public relations. This acquisition has been a landmark chapter in the journey and history of Genesis. Then in 2018, another big leap happened—WPP announced the merger of Burson-Marsteller with Cohn & Wolfe, leading to the formation of Burson, Cohn & Wolfe or BCW. In 2019, we went from Genesis BM to Genesis BCW. And then integrating with Six Degrees BCW to form BCW India Group in 2020. What was once a three-people, three-client team was now a big group and part of a global conglomerate.

From the beginning, it has been our consistent endeavour to think about the evolving and dynamic client needs ahead of their time. We have envisioned and developed domain expertise by practices and business divisions and centres of expertise. Our business divisions include The Hub, which has Canvas, Alphabet, Live! Newsroom and Digital; Public Affairs & Advocacy; Client Studio and Issues and Crisis Group; The Outstanding Speakers’ Bureau and Step Up. We are, in particular, valued for our strategic counsel in the area of issues and crisis. We are the go-to agency for crisis reputation management. More recently, we saw the increasing need for organisations to identify, implement and communicate their purpose to their stakeholders. Realising that, we launched CSP+ to help companies lead with purpose. We are proud of these specialised, innovative and evidence-based business solutions, which set us apart from other communication firms and agencies.

We always knew that our most important partnership was with our people. Whether it was giving them the best facilities and technologies to work with or instilling in them a growth mindset—a mindset that makes them curious, courageous, collaborative and creative.

The cornerstone of our people policy has been empowering our people with the right learning input, knowledge and best practices. ‘Learning’ is one of our core values, after all. Our Associate Learning Programme under the ‘School of Learning’ was a pioneering step in the public relations industry. Over the years we have built many path-breaking learning programmes for the different levels in the firm. The focus of the ‘School of Learning’ is experiential learning interspersed with well-researched theory. And today, we train not just our own people but those from our regional office in Asia Pacific.

The ultimate power of partnerships

The growth mindset doesn’t just stop at learning initiatives. It is also about keeping our people above the line and focused towards the future in times of adversity—like during the pandemic. These last few years upended our lives. But they also taught us all the lesson of resilience and the power of working together—as colleagues, as an industry, as a community.

We are very aware of our responsibilities and partnership with the community. Continuing to be inspired by Mother Teresa’s life and teaching, we see ourselves as being successful only if we could support the community around us. Through our community initiative Because It Matters and with the support of all our stakeholders to

As we celebrate the 30th Anniversary of Genesis BCW, I feel abundant gratitude towards the many people who have been a part of this journey, to the many relationships we have built over the years and to the many challenges that have come our way. What shines through in this 30th year celebration as a beacon is the deep connection each of us have with each other, the relationships we have built and strengthened over time.

The wonderment and excitement with which we started our journey is still there. And the partnerships that make that possible are only gaining strength every day. With that adding to our confidence, here’s to the next 30 years and more! 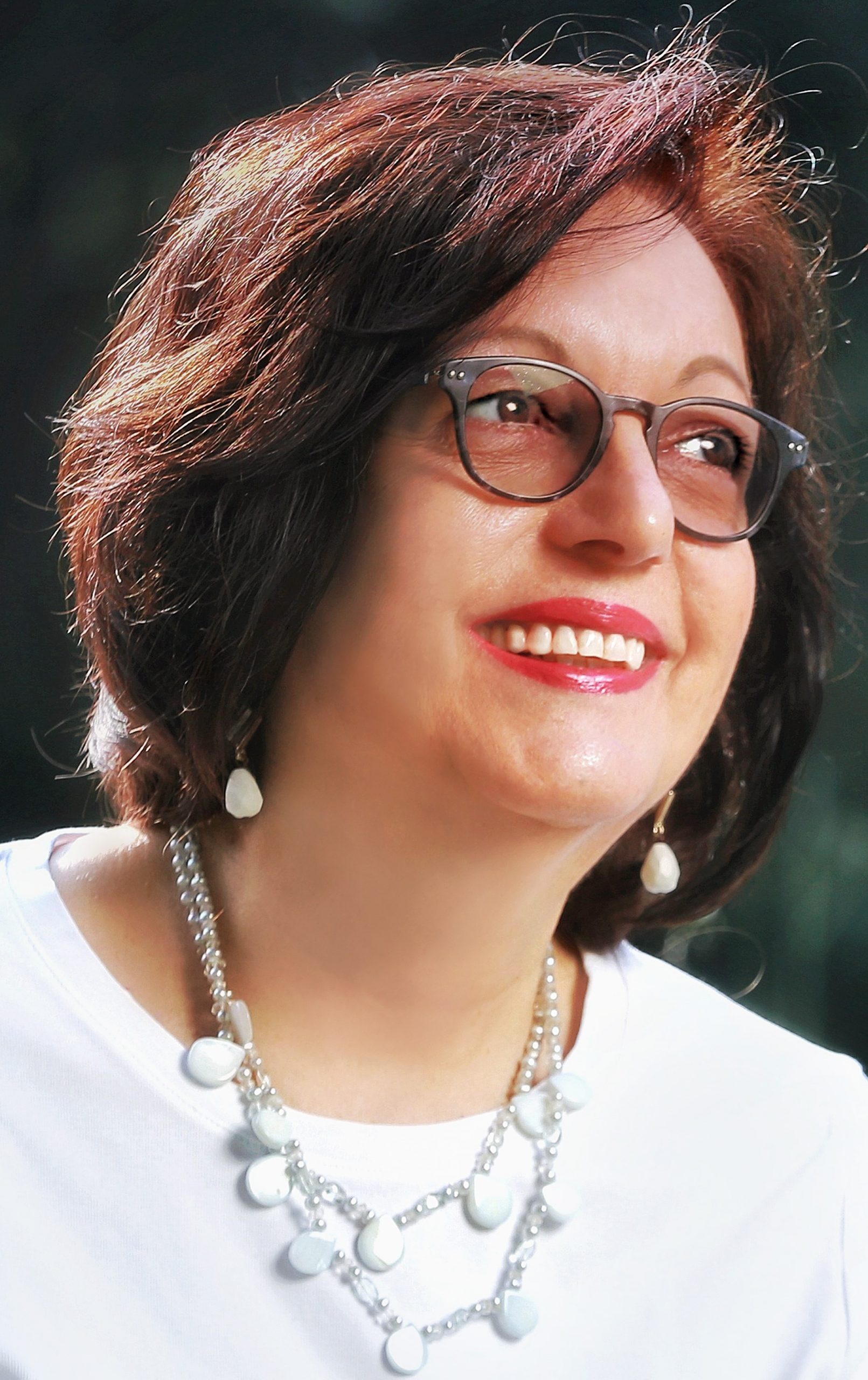 Prema is also the Founder-President of the Public Relations Consultants Association of India (PRCAI) and President and Founding Member of Public Affairs Forum of India (PAFI).

#RTSPECTRA – Personal Branding: A key to building a formidable reputation

Communications in an altered reality: The post-COVID paradigm