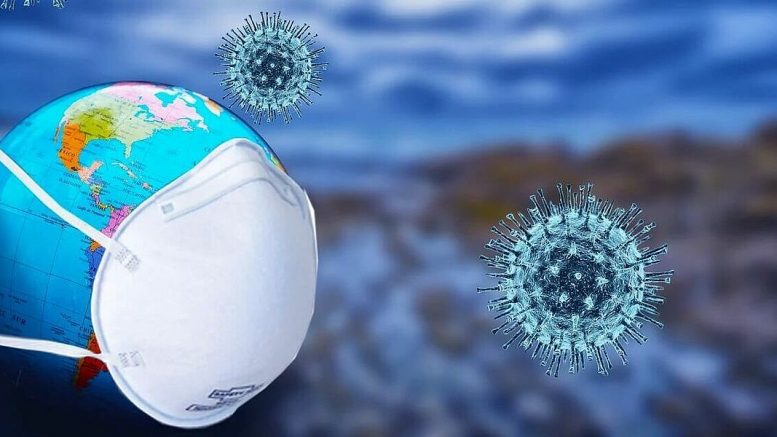 Is it an age of pandemics, viruses, and bacteria aiming to destroy humanity from this planet earth that we have been observing in recent decades? What triggers me to write this piece is that a new virus called Norovirus has affected two primary students from Kerala.  A virus, whose outbreaks typically occur aboard cruise ships, in nursing homes, dormitories, and other closed spaces, has now hit the schools.

Ebola, Zika, Covid19, SARS, and so many other names that we have heard in the recent decades have had their origins in different parts of the world. All of these outbreaks have often created panic waves among citizens, governments, and healthcare workers from the time of their appearance at different points in time.

In the world that is today shrunk geographically, when the whole planet is within reach of a common man in less than 24-hours, travel and trade ensure the growth of humanity beyond borders, and people mixing up with each other more frequently is also leading to the exchange of malevolent micro-organisms affecting many who aren’t immune to them.

The panic that sets in with such instances often tends to throw the normal life out of gear for the citizens, who are usually not well aware of these incidents. More likely than fewer people are gripped with fear, paranoia, and mistrust when such news comes out. Most often the administration or government authorities initially try and rubbish it as a ‘no threat’ or ‘non-serious’ issue, to keep in check the rising fear psychosis.

Having said that, in today’s connected world where there is an easy availability of data, from across the world, one needs to manage such issues through communications scientifically. Yes, the art and science of public relations and corporate communications can play a huge role in assuaging such fears in the communities, cities, states, nations, and the world on an almost real-time basis.

Authorities before sharing any news on the prevailing situation, must undergo thorough research on this and be well-informed about it. For instance, what is the nature of the illness, what kind of virulent organism, how it has affected people in the past, in other catchments, different geographies, and various countries, and the kind of impact it has made since its appearance? Whether this particular disease comes from a specific ecological environment or is a result of any man-made environmental conditions, which has triggered the outbreak, needs to be understood well.

Once the data is available, an assessment of how it would impact the current environment, communities, localities, etc., can be done followed by the preparation of guidelines and management plan. Advisories and caution notes can then be prepared to keep each target audience in mind including the citizens, authorities, and healthcare workers. A realistic assessment will lead to sharing proper knowledge about it with all target audiences.

Further, when the media writes about such outbreaks, a proper information deck covering the above issues will help them understand the issues related to the outbreak and its impact better. This will facilitate them to give the media coverage in an unbiased and objective manner, which will lead the citizens to believe in the real story and not a sensational one, thereby limiting the panic attacks among them regarding their health and safety concerns.

Media being the torch-bears of reporting the truth will end up playing a constructive role in society and help manage such virulent outbreaks better. It will avoid the spread of rumours, misinformation, and any form of confusion regarding such outbreaks.

An effective corporate communications approach of collecting facts, assessing the risk potential, creating advisories, and reaching out to the target audiences in a focussed manner will help the community at large in living happily and peacefully.

Be the first to comment on "Age of Pandemics"

Leading a hardworking team & being part of one