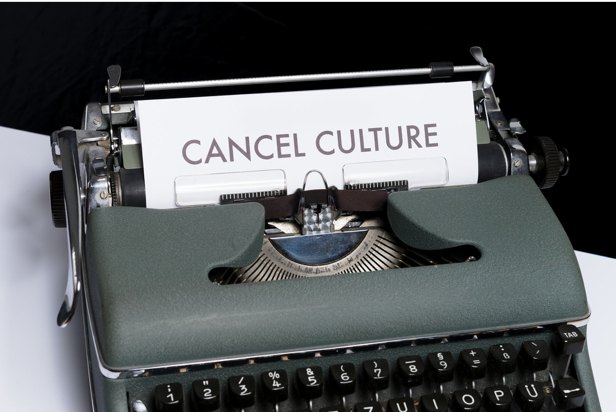 ‘Cancel culture’ is a modern form of ostracism in which someone is thrust out of social or professional circles – either online on social media, in the real world, or both. Those who are subject to this ostracism are said to be ‘cancelled’.

Former US President Donald Trump is ‘cancelled’ because of his racist, inappropriate conduct and words towards women, people of colour and immigrants. American rapper and record producer Kanye West is ‘cancelled’ for saying slavery was a ‘choice’ and supporting Trump. English comedian Sacha Baron Cohen is ‘cancelled’ from Kazakhstan for his depiction of the country in the movie ‘Borat’. Closer home, Indian standup comedian Kunal Kamra is ‘cancelled’ from flying for heckling a celebrity editor and anchor inside an aircraft during a journey. And there are many such cases across the globe. But cancel culture’ doesn’t just apply to celebrities and politicians.

As a concept, cancel culture can apply to an entire industry or the common man, too. In fact, just about to anyone. It has today evolved into a way of responding to anyone whose behaviour offends us. It is becoming the catchphrase for people coming together to attempt to stifle or silence differing viewpoints. The #MeToo movement, an internet social movement against sexual abuse and harassment towards women, led to socially ‘cancelling’ people and institutions irrespective of proof and past reputation.

In India, ‘cancel culture’ often reaches a peak when it has religious undertones. Be it Tanishq’s recent advertisement, showcasing two religions and a festive celebration or the show ‘A Suitable Boy’ on Netflix where a boy and a girl from different religions lock lips in the backdrop of place worship.

The internet, primarily, controls cancel culture. Some compare cancel culture to call-out culture, a manner of publicly shaming people online. People tend to feel powerful when social media platforms collectively object to any action or statement, leading to ‘cancelling’ a person from society. Accountability is imposed ‘non-legally’ leading to long-term-permanent impacts. In such instances, social media and the bad press becomes a nightmare for some and something to thrive on for few others. In most cases, cancel culture is not permanent and in the age of social media can be a blink and miss.

The evolution of artificial intelligence, labour-replacing automation, and the adoption of capital-intensive technologies and big data have fuelled lower demand for human resources during the pre-pandemic times. The pandemic has accelerated this further, even in the public relations and communications industry. Added to it, journalists calling out PR members for wrong communication or a client unjustifiably sacking the agency owing to such a complaint on social media is another form of cancel culture. It leads to further layoffs which often go unreported but is forcing a shift towards unemployment some of it often unjustified.

All these have a lasting impact on the individual who must go through the ostracism and public shaming. As we enter 2021 and adapt to newer ways of doing business, let us hope that cancel culture and toxic bullying does not become the new normal.

Be the first to comment on "Are we increasingly getting ‘cancel cultured’?"

It all ad(d)s up. Learning by doing.

The goodness of life

SPECTRA 2021: The Intersection of Corporate Governance and Reputation