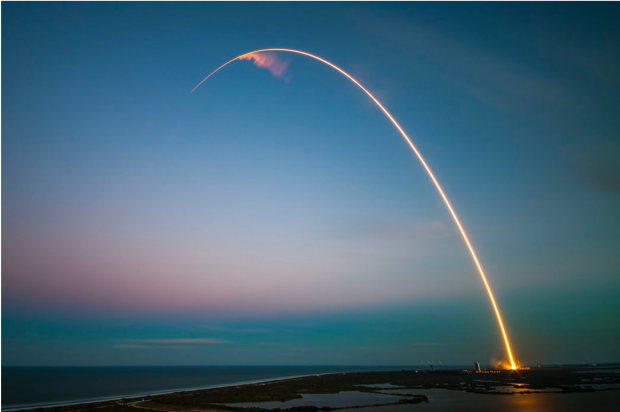 In the early morning hours of 26 June, 1975, Ms Indira Gandhi declared an emergency.

There were no newspapers for 2 days. Censorship was imposed.

On the 28th June, one newspaper published a blank editorial page.

Not one to rest on its laurels, the newspaper went on to do many more investigative stories!

Stories like these and the fearless spirit of the owner and many legendary editors soon made this newspaper an icon.

It was in the hallowed portals of this publishing group that I had set up my small ad agency.

As the years passed by, a need was felt to refresh all that was great about the newspaper.

It’s intrepid and investigative reporting, often in the face of adversity.

It was, as they say in marketing and advertising parlance, time for a relaunch.

My client asked me to start generating ideas for a mega relaunch.

I soon realised that this was way beyond my capabilities.

Creating ads for a matrimonial page, or launching editions in different cities was one thing, but to relaunch an icon was something I did not have the guts, or the ability, to handle.

A large, well-known creative agency was roped in and I was asked to be a part of the working team.

Research indicated that the newspaper needed to maintain its values and quality of reporting, but an image makeover was required. In short, it had to continue being a beacon showing the light, but in a modern avatar.

A new readership was coming of age and they needed to be reminded of all that this paper stood for.

The managing editor at that time was another one in the long line of illustrious editors the publishing group boasted of. He, along with the publisher/ owner agreed with the approach being taken by the agency.

It was thus decided to refresh all the legendary stories in the form of ads.

The milieu when the stories were published was recreated.

Doing the photography for the campaign was a legendary photographer, who also happened to be the photo editor of the publishing group.

The shooting for the campaign was just awesome.

To give a small example, if you wandered into Ballard estate on a peaceful Sunday the time the campaign was being photographed/ filmed, you would have seen a ‘riot’, with burning cars, cops in their dozens and protestors in their hundreds. Amidst all this, you had the ace photographer and you had a legendary filmmaker sitting atop a crane with his movie camera, working on the ad film.

Similarly, to simulate the story of Kamala – one of human trafficking, one actor portraying the role of the reporter who broke the story, along with the photographer went to the actual location for the shoot.

His actual story in the paper started like this…

“Yesterday I bought a short-statured skinny woman belonging to a village near Shivpuri in Madhya Pradesh for 2,300 rupees. Even I find it hard to believe that I have returned to the capital this morning after buying the middle-aged woman for half the price one pays for a buffalo in the Punjab.”

This flashback to the greatness of the newspaper was mind-numbing for me, and I had shivers running down my spine.

Soon, the campaign was done and ready for release.

Before that, I was casually asked by my client, ‘What else can we do’?

I just said, ‘Chief, today we also have new staffers, just like the new readers we seek. The staffers should be given the first preview of the campaign and the reasons. It will fill them with pride, and lead to greater identification with the philosophy of the newspaper.’

The client agreed immediately, and a week later, we had a town hall in Mumbai, followed by roadshows in key cities to appraise all staffers about the campaign.

This was truly appreciated, and in my view, was one of the first times that employees were being given a ringside seat into what the company was planning to do.

The campaign was released. And became a torchbearer for the newspaper.

The lines ‘Journalism of Courage. The Flame of Hope.’ became a household phrase.

Sales of the newspaper soared.

I also learnt much more than I could have ever imagined.

Frugalism in times of Corona