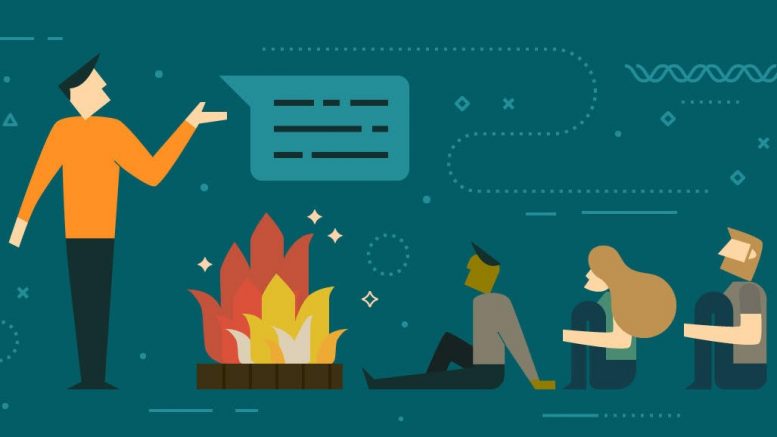 I grew up listening to surreal, often bizzare tales of hunting, of adventures, of distant lands that my dad used to tell when we were children.

In his stories he and his best friend, were always the main characters.

Once, he said, two of them went to the forest with air guns slung in one shoulder and water bottle in another. Suddenly in the thick of the forest, they heard a roar. Thinking it was a tiger, perhaps, they steady-handed picked up their air guns and shot in the direction of the sound. But lo! They heard a cry of a deer instead!

They ran to the deer and saw it bleed at the foot. Being doctors, they quickly picked up some fresh leaves and crushed them and with dry twigs and creepers tied it around the deer’s leg. They swore never to go hunting again!

Five years passed since the incident and one day, reminiscing their old days over a meal, they decided that they must let go of their fear by facing it. So, they went back to the forest.

In the deep and dark, they heard a rustle.

The ‘rustle’ was moving! Both of them were not drinking and yet, they saw the whole tree moving. Scared they decided to leave, but the tree seemed to follow them. They took a deep breath and turned to face whatever the thing was! 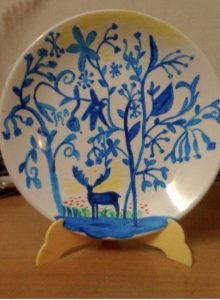 Scanning the tree from the top, moving their eyes over the leaves and the branches and coming down to the trunk, they gasped! The deer! The deer they had bandaged had grown a tree from its foot where the leaves had been strewn!

Yes, my dad’s tales always left me completely wide-eyed with a big open mouth and he would always end the stories by saying, ‘if you don’t close your mouth, a fly will get in.’

My mom teased that the stories were written by Monk Housen, a writer who exaggerates. Needless to say, we didn’t buy that. Besides not many monks in Sikkim wrote books.

As I grew older, I knew mom was probably right. But the story was so vivid, that I thought of it for years and years (study, graduation, work, marriage, child). Once when I went for an art class I actually drew what I remembered. I had become a hunter myself. I was obsessed.

Six years, I hunted for the book. And hunted it down, alright! 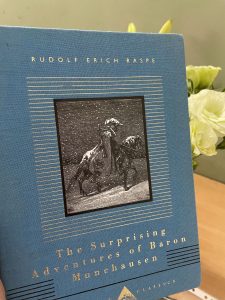 The book, it turned out is called ‘The surprising adventures of Baron Munchhausen’ by Rudolph Erich Raspe and indeed is a hilarious, witty and exaggerated tales of the Baron. And most of my dad’s stories are in there.

I should have known, my dad had a disability that didn’t allow him to go hunting which btw wasn’t even allowed in Sikkim. On #WorldBookDay, I wanted to remind fellow communicators that the beauty of the story lies in the telling.

2021 – Converting a crisis into communications opportunity, with empathy

Communicating for a cause

I am your resume