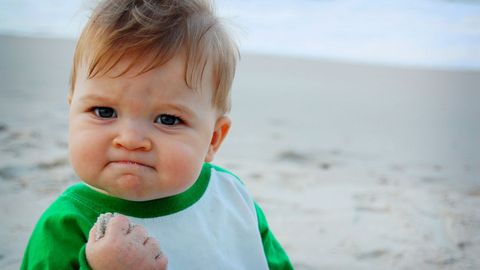 Social media is a funny animal that keeps teaching you new things. For a traditional mass media professional, it alters the game in a manner that you have to really learn new rules that can spell both opportunities and threats.

Last week I had written about how Parle showed love for Britannia by congratulating it on completing 100 years and how this kind of positivity towards a rival can boost a brand. Now, Karthik Nagarajan, an astute social media veteran from the branding community, picked up the piece and elaborated in a post that Britannia responded to Parle’s love days later and stole its thunder and it was the real gainer in the game with its promotional strategy. Given that brands spend money to boost themselves, it is always good to count the pennies and pounds.

That was at least a game of mutual love for branding gains in which the winds are harnessed. However, when a bitter rivalry takes the form of social media themes, posts or memes, things can backfire.

The Bharatiya Janata Party had a taste of this last week when it tried to show in a convoluted graphic that while fuel prices may have increased under its rule, they had risen faster under Congress/UPA rule.

I was told by a BJP apologist that there is something called the “waterfall chart” that the party used. The problem is that ordinary mortals, unlike graphic geeks, saw the BJP attempt as a confessional bar chart that had the opposite impact of what the party intended.

Worse, the graphic spawned memes that joked about the BJP and resulted in a bad case of boomeranging.

Picture it like someone throwing a grenade and the recipient picks it up, removes the pin and hurls it right back at the original thrower.

The Twitterverse sure can be creative at times. A few of our favourite takes on BJP's fuel graphs. pic.twitter.com/j9LYCXCsJc

You get the picture. Or two. Or three. Quartz called it ‘chartjunk.’

As a result, I coined a new word, or a neologism, combining ‘meme’ with ‘template’ to call the whole thing a ‘memeplate’. I then looked up the web and found the word already exists and even has suitable Internet domains.

A viral memeplate can be described as a powerful communicational motif in tune with mass mood that can be effectively used to influence public perceptions.

What are the lessons from this BJP graphic episode?

A place that has taught me a lot