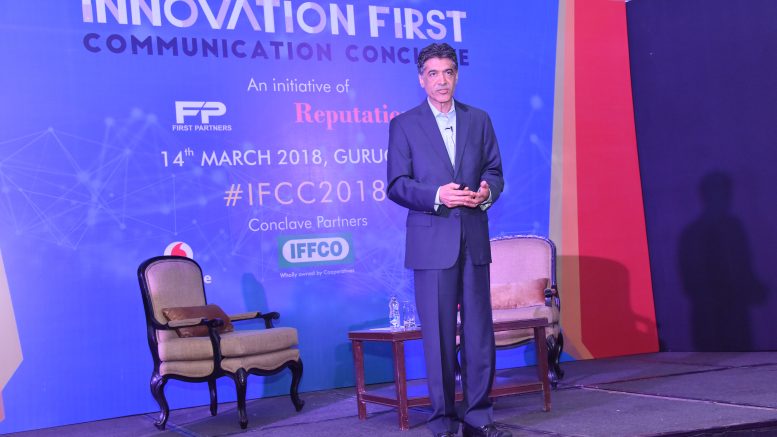 “Innovation is at the heart of what we think about at GE and the pace of change is incredible,” shared Vishal Wanchoo, President and CEO, GE South Asia. Really, the challenge is – how do you think and act differently and propel the company forward? This was the opening line of thought that unveiled his keynote address – “Imagination at Work”.

Noting that it is good to share ideas, he went on to say that they do believe that communication is the basis of innovation in this century. Tracking the history of GE he pointed out that they have realized that they have to be “innovative to survive”. To innovate globally and locally, they leverage their team. As for innovating in India, it was “too big a footprint”.

GE had run a survey called Innovation Barometer in 20 countries across the world. The principles of communication were presented. The most important change observed was that it is not just about innovation within the company. The findings included: a sharp increase in Indian business executives stating their country has an innovation-conducive environment and an observed aspirational relationship between India and the US. And another pertinent finding was that Indian business executives embrace digitalisation when it comes to measuring the ROI of innovation, with an indication that digitisation has made it much easier to measure ROI of innovation.

Transforming the culture of the company – “active transformation” was about driving a culture change within the company. Here the question came up – is it OK to fail? In the case of start-ups, only a small percentage succeed, but the others keep trying again – increasing agility, confidence and customer relevance. At GE, they were used to launching products that failed, but there is a huge amount of learning from mistakes, so failing is OK. Was there a need to industrialise innovation in the company? There’s a framework of how they do it – test the market, look at existing technology, new business creation – a kind of start-up mentality. It’s basically creating and incubating growth opportunities, he pointed out. And, it also involves fostering local innovation. Touching on fostering local innovation, he presented a simple equation that was followed at GE, which was  – Customer needs + Technology + Ecosystem = Locally relevant innovation. 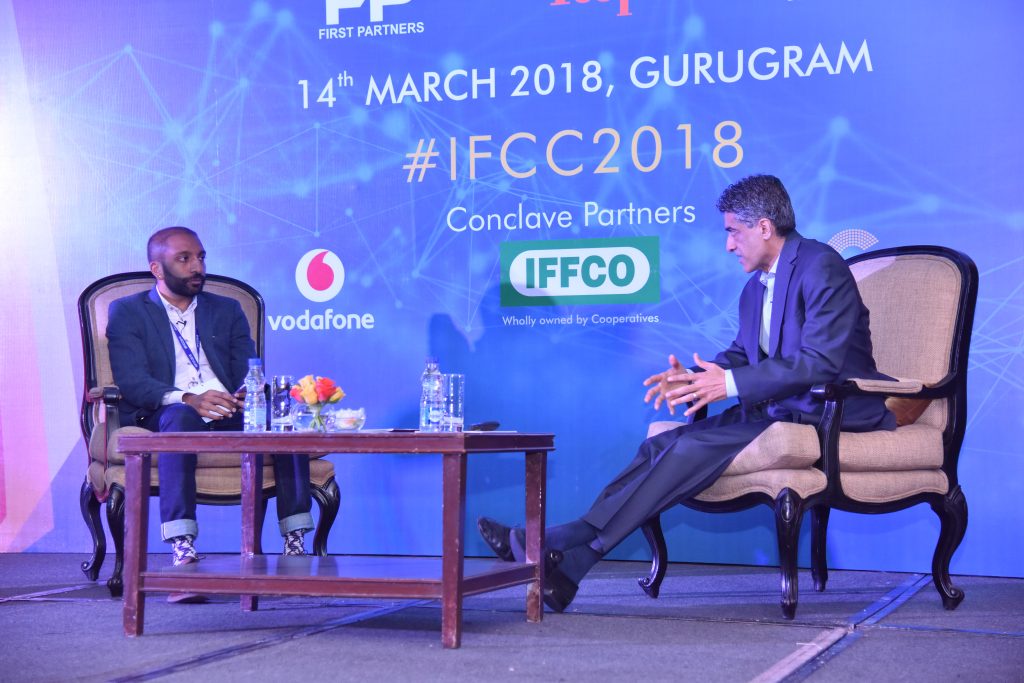 When Arun Sudhaman (The Holmes Report) asked how important is communication in a company that embraces failure, and how do you engage employees to embrace this culture of communication and failure, Vishal Wanchoo was firm in asserting that “communication is the bedrock of the organisation, starting from the top”. A massive amount of communication, including training people, takes place. They also communicate and celebrate failure, stressing the importance of the learning achieved from each failure. Arun Sudhaman enquired whether as a business leader, GE had to change its style, and Vishal Wanchoo confirmed in the affirmative, without a doubt, saying that it was indeed, a real journey.

Definitely, steps were taken by GE to develop this culture. In terms of measuring, he was quick to say that they measure in a simple way, looking at the environmental and social impact. When Arun Sudhaman brought up the fact that in the Innovation Barometer, there was a significant increase in the perception of India as a market, he said that initiatives like Digital India, Start-up India, innovation hubs set up in different states have helped. India has become the third largest ecosystem in the world. India should be thinking about what the county should do to make an impact globally.

How would innovation impact future work? How will the advances impact the work environment? We have to be prepared as a company and country to have more transparency, there may be a ‘fear’ factor, but that has to be overcome.

Lastly, he had a message for communication leaders, to support this culture:

Be real, be partners with the businesses, the business leadership is important, connect with the ecosystem and leverage communication. “It’s not just innovation in the field of communication, but it’s about being a good partner”, he signed off.

Gearing up for PR of the future