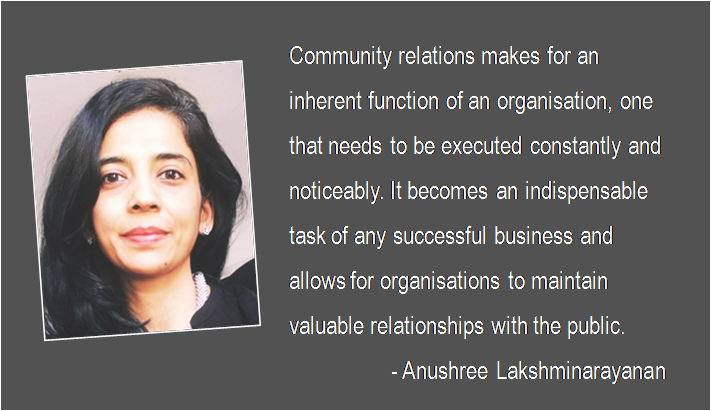 Community outreach has long been practiced by businesses to foster optimistic and shared relations between them and the society. Way back in the 1990’s, HLL adopted schools in rural areas where their factories were located to promote education; whilst the Tatas began working for women empowerment and income generation through self-help groups at the turn of the millennia. And today, amidst the coronavirus outbreak, numerous organisations have come forward to support the poor, and marginalised communities in various ways. Be it the Mahindra & Mahindra Group providing ventilators and offering their resorts as care facilities for those infected, or Zomato, that set up ‘Feeding India’ to support the families of daily wagers. Organisations have engaged in community outreach programs by providing sanitation kits for the vulnerable communities, protective gear for the medical personnel, ramped up facilities for the hungry, and provided masks, hand wash, soaps and other essentials. In essence, they have not only built a long-term positive impact on community development but are also viewed as ones that demonstrate sensitivity. It is for these reasons that community relations has often been called as ‘food for the soul of an organisation.’

Community relations is integrated in an organisation’s business plans through volunteerism, philanthropy and donations thereby improving the quality of life, of citizens. For instance, in India, many organisations focus on healthcare; while running campaigns in immunisation, sanitisation, organic farming and more, in communities. Internationally too, numerous organisations have contributed to the society in meaningful ways, built sustainable relationships with individuals and groups, as well as in markets worldwide. A case in point is British Petroleum, which invested $10 million in community activities in Casanare, Colombia. It set up loan funds for entrepreneurs, students were given technical training, reforestation activities were undertaken along with creation of aqueducts, a centre for pregnant women and nursing mothers was supported and more, ultimately allowing for the improvement, progress and strengthening of the community. This made the organisation improve its perception, show its sensitivity to the community’s issues and concerns, and build a legacy of trust.

Organisations also get involved in communities that are either directed by social beliefs, needs and interests, or which align with the companies’ business area, or rather, where the organisation and the community interconnect such as GAP’s sub-brand Old Navy. Way back in the 1990s, the Old Navy School provided free transportation for school field trips. GAP also worked with manufacturers to design education, health and childcare projects in India, Bangladesh, and Indonesia.

Another fundamental benefit of community relations is the fact that once an organisation begins to engage in community enhancement projects, it looks for ways to uplift the society – assist them in growing and sustaining livelihoods, providing jobs and solving social issues. They also facilitate the strengthening of community’s infrastructure and support policies in public interest. In return, the organisation voluntarily gains customers’ goodwill, loyalty and support. A widespread and well-considered community relations program can practically help any organisation in achieving increased awareness and other paybacks. People tend to purchase from organisations that portray a social and moral responsibility towards the public than those which don’t, or those they don’t know about. Community relations is thus a function which allows organisations to make profit and exist – as long as the community and the public at large allows it to. For instance, Wrangler western wear raised funds to fight breast cancer by sponsoring a ‘Tough Enough to Wear Pink campaign’ through local rodeos, fairs and livestock shows.

Small organisations too can achieve success by getting involved in their communities by uplifting local vendors by purchasing from them, hiring locally, engaging in local charity and other community services. By these little acts the companies can gain visibility and prestige within a community. As David Stamps wrote in Training, “Some companies don’t achieve success despite their small-town locale. They succeed because of it.”

As businesses compete and social pressures build, an organisation’s commitment to the community helps in its’ products and services being more visible, also attracting and retaining employees. Slowly, this tends to improve the overall positioning of the business in the market. Organisations then tend to gain an edge over their competitors; employees are visibly proud of the organisation they work for, in turn reducing attrition rates. This eventually attracts new employees and also paves the way for new business.

Community relations, therefore, makes for an inherent function of an organisation, one that needs to be executed constantly and noticeably. It becomes an indispensable task of any successful business and allows for organisations to maintain valuable relationships with the public. It arguably, also befits an organisation’s altruistic attitude. Community relations emphasise the famous quote from Napolean Hill, “It is literally true that you can succeed best and quickest by helping others to succeed.” 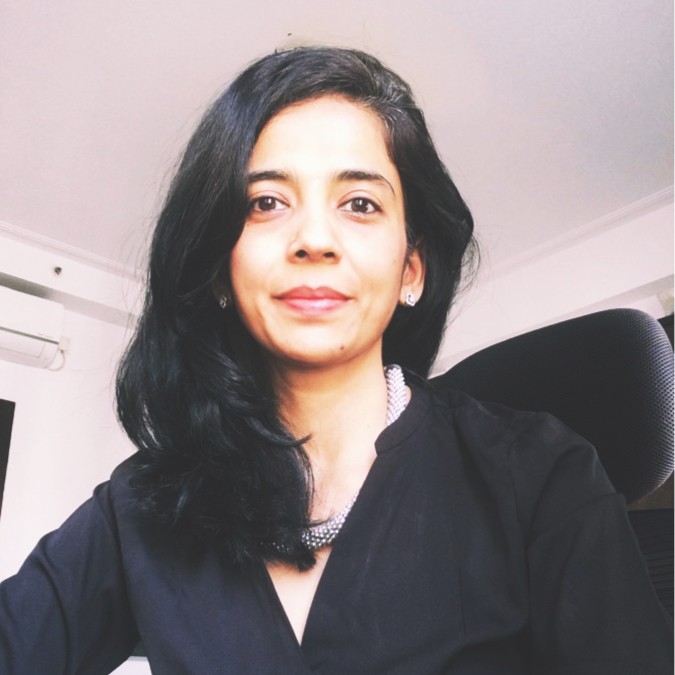 With close to 18 years of experience in brand management and public policy Anushree currently works as Manager External Affairs for IPM India Wholesale Trading Pvt Ltd (A country affiliate of Philip Morris International). Anushree is in charge of regulatory policy, Govt. Affairs and CSR and sustainability initiatives for IPM India.

In Conversation with Dhrubajyoti Gayan

Winning as a culture