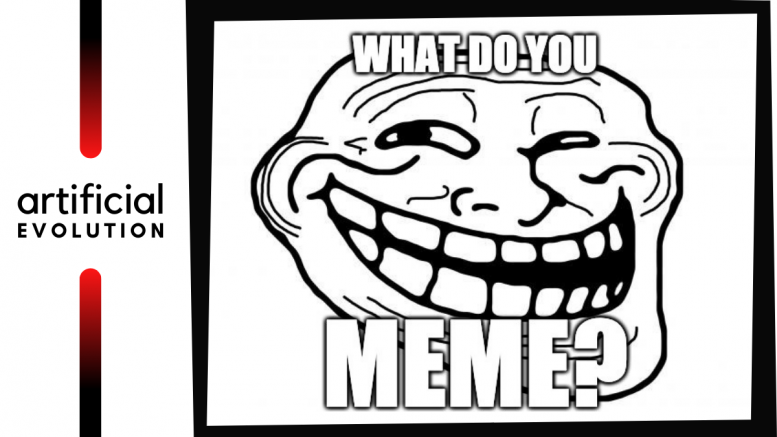 The symbol on the cover of this article is called ‘trollface’. Drawn on MS Paint, (remember MS Paint?) by an American student named Carlos, it was created, ironically, about the ‘pointlessness of trolling’. He posted it on his DevianArt page (a website for budding and recognised digital artists, animators and graphic designers) to showcase his disdain and critique about troll culture on the internet through a rage comic (remember, rage comics?). After posting it on a popular meme website 4chan, users loved the meaning, simplicity and overall feel of the image and spread it out to other popular image-sharing websites like imgur, 9gag, Reddit and it finally ended up with it’s own entry on Urban Dictionary.

It’s not all irony for Carlos, though. According to an article on Kotaku, Carlos registered the design in 2010, and has made over $100,000 USD in licensing fees. One cheque came from Marvel Comics for using a version of his design in a Deadpool comic.

Famed evolutionary biologist and author, Richard Dawkins first used the word ‘meme’ in his genre defining book ‘The Selfish Gene’. It was explained as a concept to discuss evolutionary principles and the spread of ideas and cultural phenomena. The comparison was novel and revolutionary. In the way a gene is a discrete packet of hereditary information, Dawkins proposed that a meme is a similar packet of cultural information that is deciphereable when passed from one entity to another. The idea was powerful enough to have itself become a popular social science: memetics.

Then the internet happened.

‘An internet meme’ is often associated with images or videos that represent a particular concept or idea and are disseminated via social platforms. Colloquially, however, it usually refers to Internet memes as image macros, i.e. images that are superimposed with text.

Chronicling the history of internet memes is difficult. The evolution of different subcultures online and the ‘template’ style design allowed users to talk to each other using images/GIFs with or without text. The idea that memes had inherent meaning made their widespread use easy and effective. Although there are exceptions, memes used to centre around drawings, old time GIFs and images super-imposed with texts. Over time, influences from pop-culture, digital media, increased internet consumption and a generation born into the internet age evolved memes from idea based images into a full blown format for entertainment.

How memes are born

“When a mommy meme and a daddy meme…”

Memes are usually born out of one of 4 situations:

The need for promotion: Movies, TV shows, books, songs, video games and brands are now ‘in on it’. Stills, character designs and odd stances of hundreds of fictional characters (and sometimes their creators) morphed into sharable content. Often it became a part of the promotional campaign to bring out a slice of the thing you want to ‘make viral’ and ‘meme bana de isko’ (make this into a meme) became something marketers started hearing more and more. When brands do it well, it brings the community closer and becomes the ‘inside joke’ – very important for a community. One recent example that springs to mind is with the new Microsoft Xbox – a gaming console. When the company released early design samples (as they do), the gaming community started comparing the fairly straight forward cuboid design of the console to a fridge not exciting bad news for a gaming console.

Then Microsoft did this.

P.S. They also gave one to Snoop Dogg, who is probably as close to meme a human being can get.

Disruption or iconic in Pop-culture: If you think about the most popular content you’ve consumed in your life, it probably has a meme. Whether it was based on an individual like Nicholas Cage and Hardik Pandya or a story based narrative like The Lord of the Rings trilogy and Gangs of Wasseypur – there is a meme about it. If it’s funny/relatable/can be used as a comment – sooner or later, someone is going to meme it. George RR Martin’s famed anthology turned HBO TV show Game of Thrones became a treasure trove of meme-worthy content purely because it was watched by millions all over the world. The ending of the show (disclosure: although it’s written in the boilerplate, this next four words are definitely my personal opinion and do not reflect the thoughts of RepToday) was a dumpster fire. The ending of the show itself is used as a reference point for sad/bad/terrible endings in the world i.e.

“With over 15 million active cases and 1.5 million deaths due to Covid 19, 2020 is ending with a lack of hope, humans not following WFH guidelines and many countries across the world launching national lockdowns for a second/third time.

A modification of existing meme archetypes: As artwork, memes evolve. There is often mixing, modification and changing of their meaning over time. Their innate meaning may change, seize to exist or get modulated into something entirely different. News and current affairs are often the cause of change. The recent celebrity scandal between Johnny Depp and Amber Heard is a good example. Back in the day, Mr. Depp due to his fame and well – choice of roles, had memes devoted to him for his eccentricity, mediocre (according to the internet) acting and the lack of his Oscar. After news came to light that his ex, actress Amber Heard had physically attacked him and even gone on record to admit the same, Internet users hearts’ suddenly grew 5 times bigger and Mr. Depp’s meme identity became one of the ‘victim that nobody cares about because he’s a man’. It is temporary, but for now, it sticks.

Randomness: About a third of all memes come out of a combination of overuse of an existing idea, changes in the zeitgeist, the look of the image itself or maybe even dumb luck. As referenced before, every rage comic character is based on something someone drew back in early 00s and its character design stuck. The distracted boyfriend meme, like many others, started its life as a stock image on websites like Shutterstock. The image itself isn’t that spectacular, but the meaning it denotes of ‘wanting something more’ or ‘grass is greener’ was easily relatable and is used often today.

When the laughter stops

Those funny, auto-tuned, or random hindi/English political images you forward on Whatsapp? Probably commissioned by a political party

By design, memes are created to impart meaning. This maybe coded or uncoded but the goal is to pass a message. Political parties have been using memes to paint their candidates and their opposition in whatever colour they choose to by using ‘the power of community’. Compared to branded meme pages that successfully created businesses out of meme-sharing like RVCJ (Rajnikant Vs CID Jokes), the goals for political parties were different. According to reports, both leading political parties in India used teams of at least 100 WhatsApp managers who further drove artists that churned out memes by the hour during the heat of the election. It was almost admirable that they used sound marketing priniciples like micro targeting based on culture, language and regional likes/dislikes to gain an upper hand. This got significant amount of citizens to share unverified videos/images and humourous but ‘gotcha’ type of content to prop up the party’s self interest or make the opposition look like a pappu.

Memes aren’t owned by anyone. If a meme follows the guidelines of the ‘Fair Use Agreement’, there is no reason for any government, corporation or other organised entity to force them down. It makes memes a unique part of our culture that has (almost) no rules. For many, like the author, memes are a form of entertainment. For some, it might be a coping mechanism from their busy lives and for others it might be a way to express their creativity and/or sell products and services.

I urge you, fellow communicator, learn the language of memes – Indian and otherwise. Try imgflip (to create), 9gag, 4chan, imgur (to test) and discover pages dedicated to this malleable, creative and often humourous form of communication.

P.S. You just read over 1400 words about a format of communication that barely uses text. 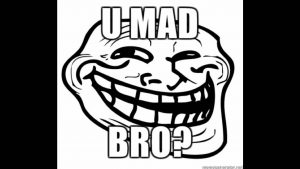 Jai Bahal - Co-Founder @ NAVIC
Founded by collaborators Jai Bahal (Adfactors Digital) and Nishant Patel (DigiOsmosis), NAVIC aims to educate, inform and train students, professionals and entrepreneurs about the future of communications. NAVIC has collaborated with SCoRe for its flagship course: EVOLVE – A first of its kind curriculum that discusses hyper-relevant subjects like Meme Marketing, Trolls and Bots, AI in communications and more
SHARE TWEET PIN SHARE

Be the first to comment on "What do you meme?"