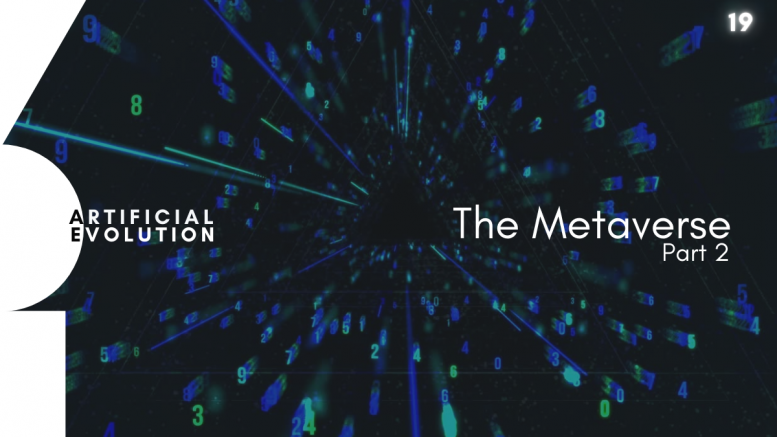 Author’s note: Since this is the hot topic of this year, I’d recommend reading part 1 of The Metaverse here

A couple of weeks ago, the Zuck announced that Facebook will soon transform into a metaverse company. He introduced a couple examples including the shared virtual office space and the first step towards a connected AR space with RayBan stories.

This piece though, is not going to focus on the Facebook concept alone. We’ll try to forecast tech that’ll aid or increase immersion within the shared metaverse.

Go on, make this a listicle

VR – Perhaps one of the most obvious entries here will be the structure and exoskeleton that VR provides to the metaverse. Virtual reality coupled with the social fabric created through a platform like Facebook or Twitter reimagines the idea of physical space. Think about it like a visual representation of a WhatsApp group chat but where you can actually react and interact in real time through a digital avatar.

Motion Capture – When Microsoft released the Kinect for the Xbox 360 – essentially a camera and motion sensors that capture live actions and convert into stimulus for a video game – they brought into the mainstream the idea of gesture controls for an enhanced digital immersion. Although they realised that the market was smaller than they expected since serious video gamers will probably always be stationery and prefer buttons, the focus for motion capture coupled with VR could be game-changing. From small examples to raising your hand (by physically raising instead clicking an option on MS Teams) to broader use-cases like 3D model design and perhaps performance art like dance or acting, motion capture will probably play a key role in increasing stickiness for a broad section of users

AR – Back in 2019, a product called Focals by North burst into the scene. Everybody could be Tony Stark by participating in their crowdfunding campaign. Google bought them over later, shut down the company and merged the project with the upcoming Google Glass 2 project. My hopes and dreams died that day. Very recently though, Xiaomi announced their first smart glasses. Have a look:

Imagine the core tech, essentially a heads-up display (HUD) in a virtual ecosystem.

When every major financial institution secures or starts participating through blockchain based monetary systems, you know that there has to be some future somewhere. Rich people don’t get into things without due diligence. Besides the fact that we’re currently in mostly bullish crypto economy, nations are in line to adopt the mac daddy (Bitcoin) as legal tender. Over time, the acceptance of a digital currency (whether crypto or central bank digital currencies) will be a significant cause AND effect of the metaverse. Ease of transfer, lower transaction times and the power of community make it a guaranteed inclusion.

Non fungible tokens will become a mainstay. Earlier this year, legacy auction house Sotheby’s launched their official gallery on a crypto-based game: Decentraland. Players can visit this digital store online and bid on and purchase NFT art projects like never before.

Programmed software will start to become smarter. With GPT3, an NLP ecosystem, reaching near human-like text to speech cognition, digital oracles are soon to take over.

Personally, something I’m looking forward to most. Very basically, it’s when decisions between machines are fluid and automatic. With Google Home and Alexa becoming mainstays in our homes already, each node (or device) will interact with another in a language it understands. Interoperability between networks will democratise the experience further.

Besides AR and VR, vitals monitoring is going to be one of the more interesting inclusions in the metaverse. From doctors diagnosing parents from continents away and professional trainers helping athletes to train in real time.

In a while, I can say with a fair amount of certainty that there would a social network by the people and for the people. A community owned and managed social platform that allows anyone to be a stakeholder and vote on core decisions. Imagine this utility as the core engine of a shared metaverse.

It’s really bad to predict stuff. So I’d rather hope.

Like the earlier example, decentralisation on a broader level that democratises core decisions, decentralisation of hardware, software and transactional elements like money, ledgers and interactive abilities, will (or should) lead the way for a ‘good’ metaverse.

One thing we learned as humanity these past couple of WFH years is that digital infrastructure development is a slow process but adoption can greatly be increased due to black swan events like the pandemic.

Here’s hoping that incremental change is enough for the metaverse.

Be the first to comment on "The Metaverse: Part 2"

What kind of boss are you?