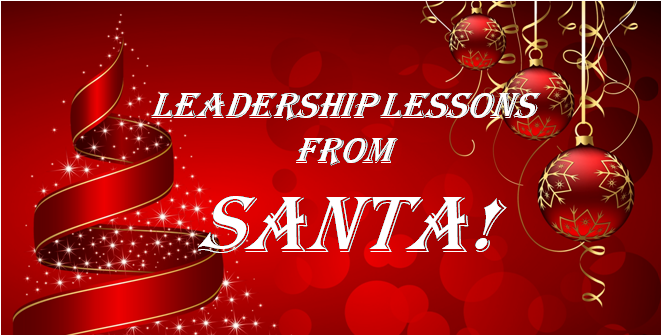 It’s that time of the year when Xmas magic is stealing upon us. “#Are you ChristmasReady?” questioned an ad by housejoy.in, who are into the business of delivering Christmas trees.

Typically, December brings with it the Christmas cheer. I have been exposed to the magic of Christmas from school, when we spotted Christmas trees sprout all over the City of Joy (especially down the famous Park Street), for that’s where I grew up. The colours green and red were prominent, and, there were stockings and mistletoe aplenty too.

And yes, talking of Santas, I recall the Santa Brigade that exists in Pune (another city I worked in) that surfaces religiously, during the Christmas month and believe it, or not, works overtime! A team of Santas spread themselves across all over city, sometimes accompanied by elves and pixies to entertain kids and Puneites in general. It was indeed, the Charge of the Santa Brigade, who were all set to spread the Yuletide spirit in the city.

As Christmas approaches, the Santas made their rounds to the city’s schools, malls and offices. It must be noted that training is vital here. It’s not easy to be a Santa. In fact, to be a Santa is quite a responsibility and Santa stand-ins had to create a benchmark. So, the brigade focused perfecting the Santa look – no shabby costumes, beard or whiskers falling off, grubby gloves or a huge paunch! The amazing part was to –  spread joy, happiness and love.

There was a Green Santa too, an eco-friendly Santa, who conveyed the message of going “green” and planting more trees. So, in Pune, at the neighbourhood mall, when you get soaked in the Yuletide spirit, you could also run into an Indianised Santa, paunchless and with a black beard. The lady who ran this professional Santa service, Hyancinth Arya, felt – why can’t Santa look Indian? Plus there was no gender issues here, for ladies doubled up under the Santa garb!

Globally too, this year saw many heart-warming ads – from Amazon to Marks & Spencer, each ad is unique in its own way. One reminds us what it means to come home to family, while other focuses on not Santa Claus but Mrs. Claus! Every year New Zealand Post receives tens of thousands of letters from children, with their Christmas wish lists to deliver to Santa. Point to be noted is that messages can be sent to Santa online too, and this year a new interactive website has been set up for kids to create and decorate their own digital postcard for Santa. For those interested, the address for letters (no stamp required!) is: Santa Claus, Santa’s Workshop, North Pole 0001!

Far far away, Icelanders have a beautiful tradition of giving books to each other on Christmas Eve. This custom is so deeply ingrained in the culture that it is the reason for the Jolabokaflod, or “Christmas Book Flood,” when majority of books in Iceland are sold between September and December in preparation for the giving spirit of Christmas.

Then, Google’s 2016 Santa Tracker signals the official countdown to Christmas. This is the 12th year Google has counted down the seconds until Santa’s December 24 departure from the North Pole. In addition to the countdown clock, Google also opened its Santa Village, offering a site for parents and educators with activities for K-12 students (in case you want to keep track of Santa’s “precise” location at all times).

I had mentioned earlier, that the Santa Brigade received training. Quite easily understandable for the original Santa Claus is a perfect leader of his team, encouraging and motivating them to help him complete his daunting task, year after year after year. And, coming to think of it, there are lessons here, which we can emulate as professionals:

Santa has the ability to change peoples’ lives.  Santa may not be ‘real’ to everyone, but his leadership lessons certainly are.

Merry Xmas and best wishes for an engaging 2017!