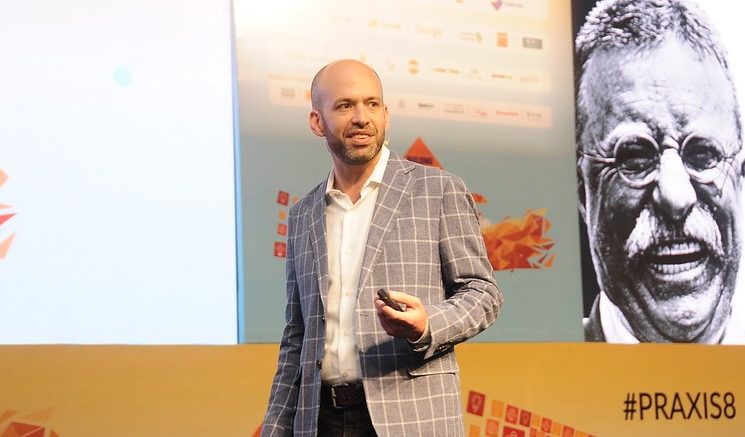 Managing expectations is a very important concept for PR professionals, especially when communicating with journalists. Effective relationships between the two can be achieved, if there are reasonable expectations put into place to balance the relationship.

In this context, Greg Galant, CEO & Co-founder, Muck Rack & Shorty Awards spoke about, Creating a Sense of Trust between Journalists and PR Professionals in his keynote address.

Pointing out the role of ‘Muck Rack’, he referred to a quote by Matt Prince Senior Manager of PR

Muck Rack is the map, compass and GPS for navigating the ever evolving media and journalist landscape. Truly without them, as a PR practitioner, I would be lost.

Where did the term ‘’muck rack’’ come from?

Muck Rack is a uniquely American term, he explained. It comes from the term ‘’Muck Rakers’’. Going back in history, Julius Chambers (1850-1920) Nellie Bly (1864-1922) were journalists termed “Muck Rakers”, and they were doing investigative work. Julius went undercover in a hospital, to show how the patients were not treated well. Nellie checked into an asylum, again to reveal how patients were ill-treated. Journalists did not like the term in 1920s, but as time went on, it became a compliment to call a journalist a “muck raker”, as they were doing investigative work and actually finding stories themselves. In fact, Teddy Roosevelt, who had a good relationship with journalists had said in 1906: “I hail as a benefactor every writer or speaker, every man who, on the platform, or in book, magazine, or newspaper, with merciless severity makes such attack, provided always that he in his turn remembers that the attack is of use only if it is absolutely truthful.” This helped in turning around the term “muck rakers”, to make it favourable for journalists.

With a sense of pride he stated, “It made us proud to use this name, in our company. We put journalists first!”

Regarding an overview of consumer preferences, behaviours and concerns, he noted that English-language internet users in India use Facebook and Twitter as a ’source of news’ more than users in other countries like US. “It’s interesting that the French are beating Americans using Twitter,” he commented. Compared to other countries, Facebook and WhatsApp are the most widely used social media and messaging platforms for news in India. When navigating social media, what was the proportion of people who selected different attributes as important, when deciding to click through to a news story on social media in India? Most consumers – 63% decide to click on a story based on the headline, according to Reuters Institute India Digital News Report; 58% depended on the brand and 56% on the person who shared it.

Generally, it was shown that English-language Indian newspapers have wider offline reach than online reach.

Then, the concern over and exposure to ‘fake news’ in India came up. What the public associates with fake news and disinformation were looked at. What facts are spun or twisted to push a particular agenda? For 51% it was a concern, and 39% were exposed to it; stories that are completely made up for political or commercial reasons – 50% were concerned; 51% felt it was poor journalism (factual mistakes, misleading headlines/clickbait); as far as use of term `fake news’ (eg by politicians) to discredit news media was a concern felt by 45%; advertisements that look like news stories were a concern for 41%; stories that are made up to make people laugh (satire) was a concern for 32%, while 36% had been exposed to this phenomenon.

An overview of journalist preferences and behaviours were highlighted, according to Muck Rack’s State of Journalism Report 2019. It was shown that most journalists get their news from online newspapers or magazines, followed by Twitter. Journalists cited Twitter as the most valuable social network to them.   Facebook is the social network that journalists said they plan to use least, in the next year. Journalists think a story is more shareable if it contains an image. “Journalists are now thinking about how to package the news with images,” he noted.

For building better relationships with journalists, how do you pitch to journalists? 93% preferred emails, 11% went for phone and only 13% liked Twitter.

About pitching to journalists before 11 AM, the pattern that emerged was – maximum people 40% thought 9 to 11am was the best time to do so.

Lack of personalisation is once again the #1 reason why journalists reject otherwise relevant pitches, which was marked by 25%, while bad timing was 23%.

Other points included – journalists are OK with receiving a follow up to a pitch they didn’t initially respond to; journalists are more likely to cover a story if offered an exclusive; academic subject matter experts, CEOs and PR pros are among the most credible sources for journalists. Interestingly, 78% of journalists like it when PR pros follow them on social media. 61% of journalists will usually or always consult a company’s social media before reporting on them.

So, ultimately the tips for building better relationships with journalists could be summarized to: Pitch journalists via 1:1 emails between 9-11am, and with a length of 2- 3 paragraphs. Determine the journalist and outlets credibility before reaching out. Use resources like NewsGuard and Muck Rack outlet pages to determine trustworthiness. Do your research! Make sure your pitch is something that they would typically cover or are at least interested in. Share their articles! Journalists and consumers both track how much a story is shared and the engagement on the piece.

In Conversation with Deia Campanelli

Panel Moderation: A few tips and tricks to make it work