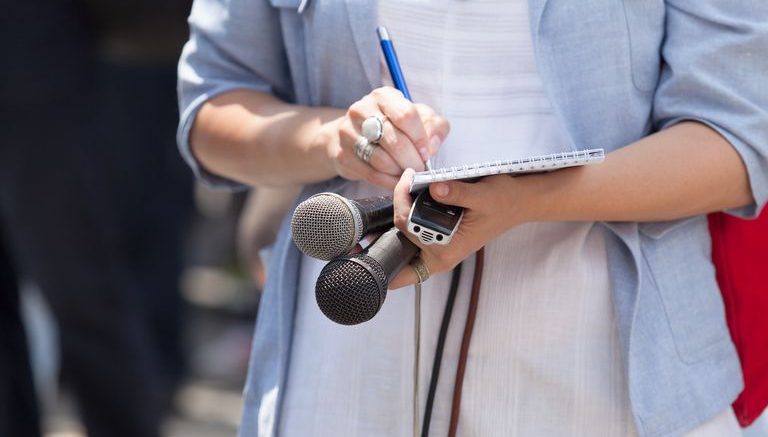 I sometimes liken journalism to Bollywood. Its superstars thrive with super payouts while hundreds and thousands struggle below like junior artistes, formerly known as extras. Frontline anchors and hotshot editors, who are increasingly product managers or brand ambassadors, are the glamorous part of the profession. But think of the hapless reporters wandering the streets with cameras and microphones often to get small city stories or tracking rural calamities. Or producers, cameramen, sub-editors and Web managers. Much like the movie world, there is a huge team effort involved in projecting high flyers to the big world out there, but only a few get visible or significant credit.

Yet, many journalists carry on and give their best because they love their jobs — or have to keep them. It is fashionable to slam journalists for running after circulation or television rating points but most journalists do not have a clue on these when they enter the profession. There is no cigarette-packet-style or SEBI-type warning available to say: “Passionate journalism is subject to market risks. Please take a long-term view.” I have tried to knock some sense in my orientation lectures to young journalists or media students on the ups and downs in the profession, but it is a tricky thing to do. It is not desirable to dissuade would-be journalists, nor do I feel it right to encourage them unconditionally in a roller-coaster world. The worst part is that (I have written about this before) they are pretty clueless on their own industry.

Last week, we saw some ugly news on HTN Tiranga TV, the channel started by a firm controlled by the wife of Congress leader and eminent lawyer Kapil Sibal. Since leading journalist Barkha Dutt was among those short-changed (but is otherwise financially well-off), she took up the cause of the sudden termination of employment involving an estimated 200 journalists who rose up in anger over unpaid dues and bad conduct by the company’s owners. Some reports said later the journalists ended their protest after the owners moved to address their concerns.

The turn of events did not surprise me. This is not the first time I have witnessed journalist dreams crumbling. It may not be the last. Like aviation, media is a hot industry for high-profile entrepreneurs and wannabes. But revenues are not easy to earn and costs can be high. Everybody loves the social and political clout that journalism generates but controlling journalists or short-changing them can result in a bad aftertaste in the mouths of wannabe media barons.

I have seen smarter, talented people with journalism still in their hearts and souls move to public relations, corporate affairs or entrepreneurial ventures. I have tried once or twice to consider other options outside journalism because as you grow in the profession, some glass ceilings also look real. Meanwhile, the arrival of digital technologies and the Internet has made serious journalism easier to get into but not so easy to sustain.

I know of no other profession where multiple talents are required to get things done, but professionals are not easily recognised or rewarded because there is a winner-takes-all situation in which hotshot companies and superstar journalists are a few while struggling ventures and labouring professionals are many.

Where does all that leave us? Like love affairs and startups, journalism ventures have a romantic lure. Heartbreaks are part of the process, just like stock market crashes. I did discuss on Twitter with Barkha and a few others prospects of things like crowdfunding to shape new-age media ventures but these are early days.

I do believe it is time for a new class of investors to step in to fund media ventures to end the current mess. Elsewhere, in the clash between IndiGo Airlines founder Rahul Bhatia and his partner Rakesh Gangwal, the latter accused the former of running the company like a paan-ki-dukan (betel leaf shop). If that be so, I would think there are probably dozens of paan-ki-dukan media ventures. I do believe concerned citizens who rant against TRP journalism and paid news should put their money where their mouths are. Not just as readers/viewers but as investors.

Developing a PR Plan for the New Year