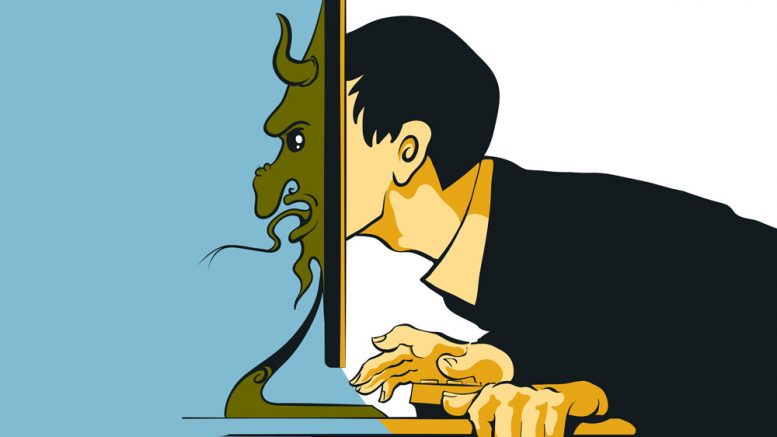 I am going to call this the DIY guide to deal with the online trolling and bullying which for whatever reasons seems to have taken a turn for the worse over the last few years.

It happens all the time, respect seems to be diminishing in the online spaces that exist and there seems to be some weird kind of courage that people develop when the have the power of words spoken through the safety of a keyboard and screen.

First off, when it comes to social handles, you are on your own. What you say on your wall, in your space reflects who you are and what you want to put out there.

Being opinionated and speaking up on the platforms I belong to myself, I have had a fair share of both trolls and bullies I have had to deal with.

For starters what we should realise ourselves is that no matter what you believe in, there could be someone else believing in the exact opposite of the concept. It is like Newton’s third law – for every action there is an equal and opposite reaction, and this can be extended in the context of opinions and would hold equally true.

Trolling is intentionally starting arguments or upsetting others by posting inflammatory remarks with an intent to spark anger.

Cyber bullying is deliberate and repeated harm inflicted through using internet and internet enabled devices. Trolling and bullying in manifestation is different on different platforms. It shapeshifts based on the content and the platform. Twitter trolls are a trend and you see a slew of them constantly. Instagram has its own set of trolls and bullies.

A lot of leaders get trolled for various reasons and since leadership usually has a wide audience which tunes into various platforms where they are available.

How do you deal with trolls and bullies then?

Remember that trolls and bullies are powerful only if you let them become powerful. Disengage in all forms and build a safe space and safe community around you to be your shield in such times.

Be the first to comment on "Trolls, online bullying and more"

Why is the travel agent back in demand?

Leadership in 2020 and beyond

Communicating for a cause