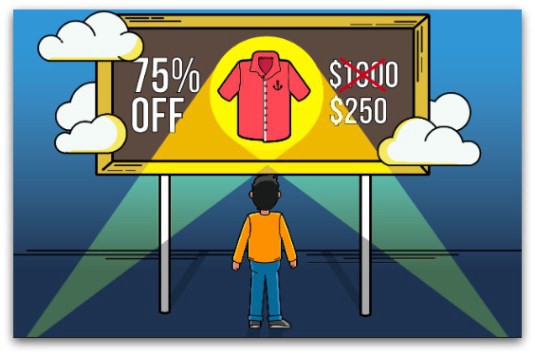 While negotiating a retainer with a prospective client, how often have we heard statements like, “We are paying our current consultancy Rs. 2 lac per month and there is already a lot of pressure on me to reduce the cost. However, I want my consultancy to also take care of our LinkedIn page in the same budget.” Or the head of the consultancy saying, “Our HTML coding services start at $ 100 per hour. However, for large clients, we can give a 10% discount.”

If you are on the other side of the table, what would be your immediate reaction to these statements? If money was the only thing being discussed, then in all probability, the negotiation would end at a figure within 20% of the quoted amount. Unless of course, these amounts are way off the mark. E.g., If you were thinking of quoting Rs. 6 lac monthly retainer, there is a likelihood that you may not reach an agreement and decide to pass on the opportunity. In almost all other scenarios, the agreed amount would be in the range of Rs. 2 lac per month.

Both the above situations are examples of Anchoring Bias, which is a cognitive bias where an individual depends too heavily on an initial piece of information offered (considered to be the “anchor”) when making decisions. Once the value of this anchor is set, all future negotiations, arguments, estimates, etc. are discussed in relation to the anchor. In the above examples the anchors set are Rs. 2 lac per month and $ 100 per hour.

The above examples are of situations where two parties are negotiating a deal. However, Anchoring can happen even in the absence of an active negotiation. Take for example a sale in a clothing store, where an item is available at 70% discount, let’s say a nice jacket, which can only be worn in peak winters. What are the chances that you will end up buying the jacket only because it is available for Rs. 3,000 against its original price of Rs. 10,000? If you ask someone like me who is an impulsive buyer, I will say that the chances are pretty high as I have fallen prey to such tactics time and again. In one’s mind, the anchor of Rs. 10,000 gets established and a 70% discount makes it almost impossible to resist buying the item. It makes one think that if one doesn’t buy it immediately, it will vanish as someone else will buy it as soon as they see the stupendous bargain. People end up buying stuff that they may never actually use due to such anchoring.

Another example is when you want to buy an item which is on heavy discount and the seller puts a restriction on the number items that one buyer can purchase. Take the example of a packet of almonds, which is being sold at discount and the seller puts a restriction that each buyer can only purchase a maximum of three packets. There is a higher chance that several buyers will end up purchasing two or three packets instead of one. If the seller had not put that condition, most buyer would end up buying one packet unless they really needed more.  We have all seen recruiters use last drawn salary as an anchor to negotiate an offer.

Now that I have explained what is anchoring bias, let’s move on to its use in our professional and personal lives. As a seller, we should use the anchoring bias by setting our price on the goods or services and not let the buyer do that. It means that the person who makes the first move will gain in a negotiation. However, people tend to hesitate making the first move or setting the anchor. They feel that the anchor may either be too low or too high and, in both cases, they may be the eventual losers. Therefore, they let the other party make the first move. Unless you are willing to agree to the other person’s terms at any cost (if you are desperate to get the business or want to return a favour!) then this is not a good strategy. I must add that negotiating is a complex exercise and anchoring is not the only thing that matters!

As a buyer, we must always keep a cool head and not jump on every offer that looks like a bargain. If you are never going to use the jacket that you bought at 70% discount, then you have not saved Rs. 7,000. On the contrary, you have wasted Rs. 3,000. Similarly, if you step back, access your needs and then take a decision you would not end up buying more than you need. In professional life also, setting an anchor as a buyer will help negotiate a better deal.

Be the first to comment on "Don’t buy that jacket at 70% discount!"