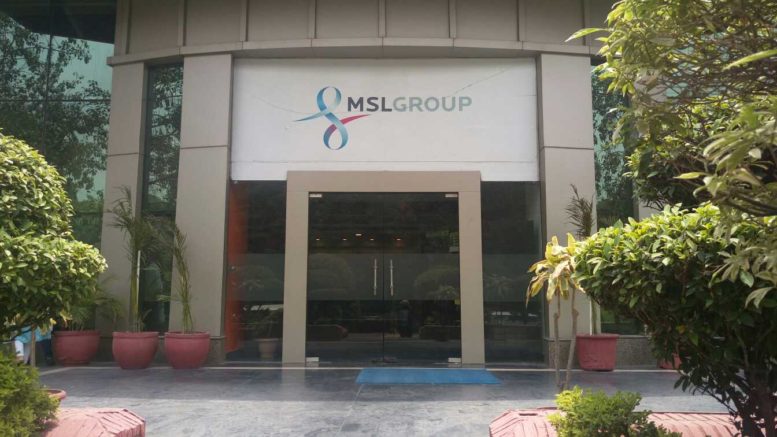 In November 2014 when the founders of Hanmer and Partners decided to exit the firm they had built and later sold to Publicis Groupe there was a slight air of uncertainty. Because the firm was led from Mumbai with marquee clients based in the financial capital. The two successors who were chosen to jointly lead the firm were Delhi based. While they were being prepared for the baton to be handed over the news came as a surprise to several of the firms, employees and clients. Thereafter, in 2015 and 2016 Amit Misra with the support of Chetan Mahajan brought in a new lease of life to the firm to make it a Top 4 firm in India by revenue along with brands 2020 MSL and Publicis Consultants.

The successive wins of clients ranging from Marico, Mondelez, Bill and Melinda Gates Foundation, Coca Cola and the retention of several existing clients including Dell, Bosch Government of Gujarat have helped take this firm to new heights crossing several milestones along the way. Investing in talent from outside the traditional realm. Building on the next generation of leaders and ensuring steady client wins have ensured MSLGROUP India stays on top.

The last few months have seen major changes globally and in the Indian set-up. First, an outsider from a rival firm was brought in as the CEO. I have had the chance to meet Guillaume Herbette. He is probably the youngest global CEO of a Top 5 firm and brings with him the best of both North America and Europe. In Asia MSLGROUP has been a leading firm thanks to the tutelage of Glenn Osaki who has held a tight ship for the longest period of time. There have been moving parts and varying structural changes within the holding company but the essence has remained intact.

In India, the exit of Chetan Mahajan in January 2017, who until sometime prior held joint responsibility with the current country leader was a loss to the firm. However, the quick elevation of 2020MSL veteran Amrit Ahuja who hundreds of PR professionals consider a mentor was a smart move. In Bangalore, where Publicis Consultants is headquartered in India, Viju George was named Managing Director. Both Amrit and Viju run independent units reporting to Amit Misra. Within the flagship Parveez Modak, Schubert Fernandes and Glenn Dsouza have consolidated their positions and have larger roles. A smart second line of leadership with Nikhil Lodaya, Tushar Bajaj, Sushmit Sarkar and Vidhi Thakur among others is steering the firm to new levels.

Some of the cool things the firm has invested in are – a cool employee concierge service called Ustaad, a Chief Video Officer, an integrated digital and content offering with over 100 team members and a swanky office in Bangalore.

There have been setbacks in recent times including the loss of Uber after a multi consultancy pitch and the eventual loss of an automobile major due to a global consolidation. But Amit Misra is not the one who will sit back and relax. He is probably one of the most networked and fair professionals in the business. His hunger for new business and ability to spot smart talent is legendary. How he leads from the front in the coming months and ensures a solid culture will be keenly watched. This column was written completely from scratch with weeks of research and no intervention from any of the firms’ representatives, similar to the previous two columns.

Be the first to comment on "How MSLGROUP, India has thrived in the aftermath of the exit of its founders!"

The CEO is the primary chief communication and reputation officer

Why brands find PR irrelevant & how they are wrong