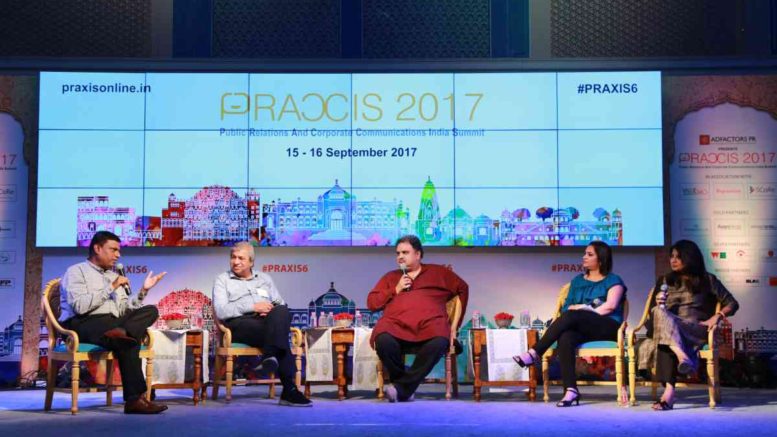 The lure of entrepreneurship had traced the business stories of the participants of this group who discussed the topic: Independent, Indian and Impactful: What sets them apart – Power Panel 1 on Day 1, moderated by Pradyuman Maheshwari, MxM India. The discussion had Xavier Prabhu, PRHUB, Pooja Pathak, Media Mantra, Ruby Sinha – Kommune and P K Khurana, Quik Relations in a conversation mode.

With the focus on the growth strategy of independent firms, and the line of action followed by these entrepreneurs, the talk revolved around this issue, looking at all angles. Was it that it’s better to build large teams for business success, or would you swear by a lean approach for businesses, backed by smaller teams?

The focus areas of traditional PR firms are changing. Small, mid-size and large firms represent clients whose communication wants and needs are progressing as business and consumer habits evolve. Finding the right PR firm for your needs can be incredibly time-consuming.

Clients come to us because they want more engagement, said Ruby as most of their clients like HTC, UCWeb-Ali Baba Mobile Business Unit, mydala.com, GD Goenka University have come from bigger firms, because they feel that boutique PR firms can offer more! Size doesn’t matter anymore if you have a story to tell was Xavier’s opinion. In ad firms, there is a disruption called ‘creativity’, but here in PR, if you can put up a story that resonates with the brand, then it will work. “Our USP is that we are crisis managers and we are able to attract clients, and today we are in more than 200 cities in India. We bring about a paradigm shift,” he said.

There’s nothing wrong about being small, endorsed Pooja, and highlighted the fact that since they started out, they “did take wrong steps, learnt, unlearnt – and, still want to be independent”. Larger networks have problems. Are these smaller players able to re-skill the offers they have? The involvement of management is very sharp and hierarchy is not so much, according to Pooja; they are into the processes and regarding re-skilling, “we are on the groove all the time – that’s what makes us ‘edgy’ over others”. Increasingly, PR is getting a mix of creativity in communication, observed Ruby and went on to say that they were providing integrated communication.

The last Holmes Report showed that independent firms have grown well, and that clients wanted to see work that resonates, pointed out Xavier. The market is shifting, and that’s the biggest thing. And, these firms have to take independent decisions very often, as they move ahead. Like Ruby revealed it does happen that they do not take up all pitches that come their way. Even as a boutique firm, you have to decide which pitch you need to go to.

And what would be the road ahead, for independent firms? Would it be in any way, aligning with larger PR firms? That’s not possible, was Pooja’s quick take. However, they were open to collaborate in global markets, if the client so desired. Quite honestly enjoying what they were doing, was Kommune’s Ruby. “The more independent you get, you do your own thing. This has flexibility, and you don’t compromise,” was her clear comment.

“We are all going to be independent, till you find the right value. Independent firms grow twice as compared to large-sized firms,” said Xavier.  It’s actually being inter-dependent, said Khurana for “entrepreneurship is not an easy thing!”

Most of us would like to make an impact in the business world, in some way or another – to make a contribution, change things for the better, improve lives, leave behind something positive.

Perhaps it appeared that small is actually big! And that, focusing on less, in the end, can change the business scene altogether!

Be the first to comment on "Independent, Indian and Impactful: What sets them apart?"

Building a successful communication campaign and parenting – similar challenges to learn from!