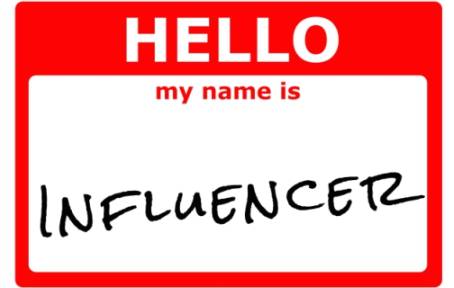 A blog post on the role of social media“influencers” in marketing by Elinor Cohen is apparently, in the words of senior journalist Vir Sanghvi taking the Internet by storm as he wonders if the influencer “thing” is a con job done by “lazy” PR firms.

I am not sure how big the storm is but it is evidently a hard-hitting one. Its essence is on the following lines: Real influencers are thought leaders, and are not to be measured by reach. How do you measure the influence of an influencer on a brand anyway? Fewer followers may make more sense if they are the right kind with expertise and thought leadership.

There is, in my opinion, nothing really new in this except that it seems to be dismissing all influencers except the “thought leadership” ones. I don’t think that is a fair assessment. Influencers are and can be of various kinds, and we probably need a framework in which there are sub-categories of influencers. PR consultancies and digital marketing firms should be refining and defining such categories and classify influencers accordingly — and preferably, revise these lists and also make intersecting lists (Think Venn diagrams!).

Oh, really? If that is so, in that case many celebrities being described as brand ambassadors would fail the test. Do you really think Deepika Padukone and every other superstar actress over the decades used Lux soaps? Inspite of that, it is widely believed that the Lux ad signifies that the actress has “arrived” in Bollywood even as the brand’s image shoots up. 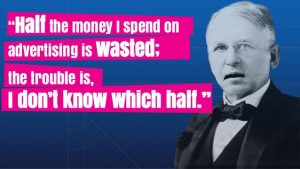 Clearly, we are on thin ice, but it is clear that there are grey areas and it does not matter for a brand if the overall impact is good. This famous quote by John Wanamaker sums it up.

That logic possibly applies to influencers as well. If thought leaders are like serious brand ambassadors, the Average Joe or Jane (or Jai or Jaya) Blogger / YouTuber / Instagrammer / Tweeter / Facebooker may be treated as ramp models. Celebrity social media influencers may be likened to celebrity models.

Facebook ads or Google search ads are said to be effective only when a potential consumer clicks on it or actually buys something. But at the same time, please note that display ads in newspapers and TV commercials don’t really lead to instant or later fulfilment. If we take influencers as a cost-effective substitutes for paid ads in TV channels or newspapers, there is a niche that can be exploited better.

The trick is to apply one’s mind and look at the rich variety of options that influencers can be engaged for or engaged with. I do believe that is happening already but there is a case to enrich this trend further by sharing best practices. I agree with Ms Cohen that reach is not everything, but perhaps thought leadership is not everything either. Influencer worship is as undesirable as influencer bashing.

Disclosure: Since I am listed among Indian influencers, I may be kinder to them in general, but anyone trying to cover the whole gamut of branding and repuation from TV commercials at the one end and collegiate bloggers and casual Instagrammers at the other end will know that variety and possibilities are where the game is at.

What we need is a “matrix” approach in which we map the probabilities and reach, blending quantity and quality together, and measure it all against costs and credibility. But there can be no quarrel with the core insight that knowledge, expertise and credibility enhance the value of an influencer.

Be the first to comment on "Influencer worship is as bad as influencer bashing: Details matter"

The reputation and brand of an organisation is safe with millennials