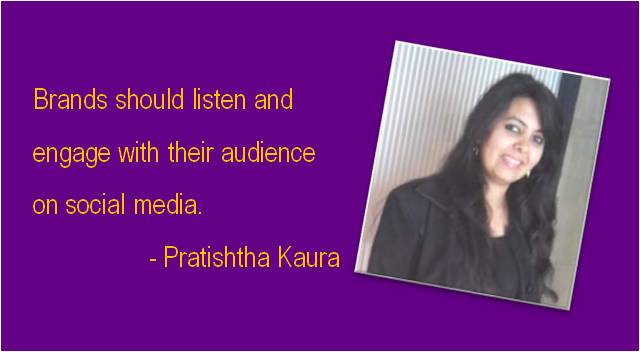 “When you want something, all the universe conspires in helping you to achieve it.”

Probably this was what 16-year-old Carter Wilkerson was thinking when he tweeted to Wendy’s on April 5, his favourite place for chicken nuggets, “how many retweets for a year of free chicken nuggets?”

The brand promptly replied to his tweet, saying “18 Million” to which Wilkerson responded:

Being an average Twitter user, Wilkerson might not be one of the key influencers according to the Public Relations firm but the number of positive media conversations that he drew for Wendy’s is noteworthy.

In almost a month, Carter’s tweet requesting fellow Tweeters for his supply of chicken nuggets, became Twitter’s most retweeted tweet ever, toppling the most popular retweet till now of Ellen DeGeneres’ 3.3 million record-breaking celeb selfie snapped at the Oscars. The hashtag now is even accompanied by its own Emoji – a tiny red Wendy’s box full of nuggets. While his tweet was yet to reach the number of 18 million retweets, just when there were 3.43 million retweets, Wendy’s said it would indeed give him free chicken nuggets for a year. The company also said it would donate $100,000 in his name to the Dave Thomas Foundation for Adoption. Kurt Kane, Chief Concept and Marketing Officer for The Wendy’s Company, said in a statement, “You’ve more than earned our respect … and the nuggets.”

The episode of #NuggsforCarter – a once in a lifetime event on Twitter, brought some key learnings for communication professionals around the world. Let’s have a look at them.

Imagine if Wendy’s had not responded to Carter’s first tweet, the entire episode would not have happened. The key learning, therefore, is to listen to your fans and followers on social media and engage with them – that is the beauty of social media that brands need to understand. When brands don’t engage with their fans on social media, they are actually missing out on some wonderful conversations that might have happened and in the case of an angry customer, it would pacify him.

Carter who had around 150 followers when he had asked Wendy’s, today has 123K followers (and a verified Twitter account as well!). While PR firms and brands make a list of influencers basis their social media followers, #NuggsForCarter says that every customer is an influencer in his own right. Influence goes beyond just the audience numbers and even small campaigns by brands can have a meaningful and lasting impact. Therefore, neglecting someone who has fewer followers is a mistake that brands cannot afford to make in today’s times.

Everyone loves the Cinderella story of rags to riches and this one, pretty much on similar lines, was like a dream come true for Carter. The fairy godmothers, in this case, were the social media influencers – top notch brands with a substantial reach like Google, Microsoft, and Amazon who retweeted #NuggsForCarter to their respective audiences, adding their own messages of encouragement to Carter. Celebrities also joined in the conversation, including actor Aaron Paul, Victoria’s Secret supermodel Martha Hunt, and yes, even Ellen DeGeneres. DeGeneres nicknamed Wilkerson “Nugget Boy” and even brought him on her show, encouraging everyone to retweet his tweet. 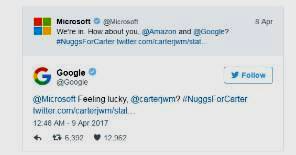 Even a mattress firm had to offer something.

4. Brands that jump into bandwagon might have to bear the brunt

While brands were doing their best to cash on the trend embraced by Twitterati, United that has been in news recently, too joined the bandwagon. Without realising the consequence of offering a free flight, it got trolled badly.

The lesson here, therefore, is that if a brand’s image is already tarnished because of a recent happening, then it needs to first work on fixing and mending that image through genuine engagement instead of piggybacking and jumping on a bandwagon. It will only ruin further.

Do you think there were any more learnings from this episode? Share with me @PR_wali or add it as a comment below.

Be the first to comment on "Lessons from #NuggsForCarter"

Social media is no longer funny!

Brand Communications in 2021: A new era is born