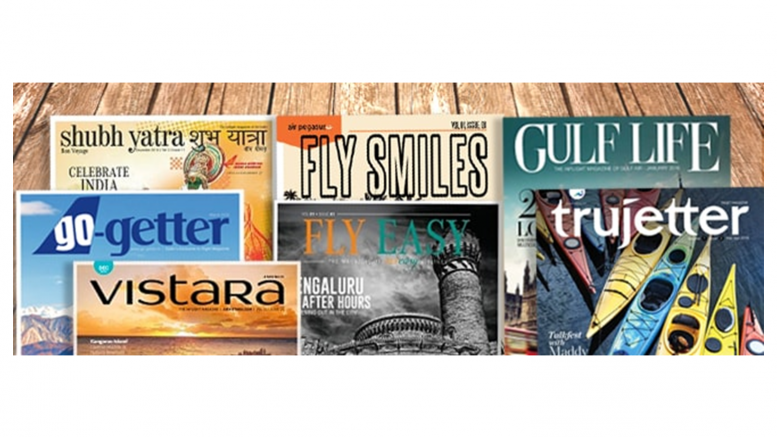 Picture a scenario where your brand could talk directly to your target audience in an environment with minimal distractions, and at least 80% of this group would be exposed to your marketing. Sounds ideal, right? Almost too good to be true?

While print might be dead here on land, up in the sky, travellers don’t have the kind of access to digital media that they normally would. This means marketers have a captive audience who don’t have much else to do apart from nap, and pick up the magazine in the seat pocket in front of them.

So as a brand looking for non-traditional ways to market your product, how can you leverage this often overlooked channel? Well, there are two major steps you need to keep in mind. These are:

Know your audience and be where they are

One thing is for sure — your target group is affluent enough to afford air travel. But even within this segment, you need to look deeper. Are you a five or seven star hotel that’s advertising its spa services? Then international airlines frequented by business travellers might be the right bet. Are you a mid-range footwear brand? In that case, a budget-friendly domestic flight would be your go-to. It’s all about the nuances — think about the different kinds of people who travel by air, put yourself in their shoes (or seats, in this case). How can you make the dreary activity even a little refreshing? A brand crossword? Comics to flyers to read? An infographic even? And effort to make your audience’s flight interesting results in great callback in the minds of your customers.

Once you know who you want to talk to, do some research. Visit websites of different airlines for information that will be useful to your strategy. In India, Indigo’s Hello 6E and Go Air’s Go-Getter are popular options. And while their websites aren’t the most forthcoming, Indigo has a direct query form you can fill in to get your specific questions answered. On the other hand, several international airlines’ provide their editorial calendars, case studies and galleries’ of past advertisements, as well as media kits with key statistics. For example, Qantas’s magazine has has approximately 442,000 readers per month, average 47 years old, 59% male and 41% female, and have an average personal income of $122,990. Information like this is invaluable when deciding what kind of ad to place where, and in which magazine.

Once these basics are in place, don’t just go for a simple, full-page ad or a banner. Get creative. Take inspiration from beer brand Heineken. In 2013, the magazine ad, a part of the ALIVE campaign, included a visual of a  bottle with the cap shooting off — with the headline ‘open cap policy’. The 3D effect depicted the motion of the cap ‘popping’ resulting in an unforgettable visual; the first of its kind in this media!

Now, you’re all set for some immense benefits — the biggest one being higher RoI. The most obvious indicator here is that inflight magazines have a longer shelf life than other mediums. This immediately translates to more eyeballs on your product. And if you really want to make the most for your buck, consider micro targeting. Get specific about who you are talking to about what. Here’s what I mean — a summer flight to Bali from Delhi in business class is very different to a December flight from Sydney to Bangalore — the former is a summer vacation for the reasonably affluent,  the latter a trip back home to spend Christmas with the family — both ideal seasons for advertising, but with very different prospects. This brings me to my next point.

We’ve all subconsciously built notions around which brands advertise on inflight magazines. Ask a frequent flyer and they will draw you a list that reads something like this: online coaching, spas and resorts, mattresses, and perhaps the odd credit card. But this a very narrow way to look at things, because the possibilities are endless. Clubs and breweries can easily reach those flying into their city of operations, tech brands can market to those shuttling between IT hubs, and even vegan sandals can find an audience amongst vacationers to New Zealand. As marketers, it is important to constantly push the possibilities with our mediums and inflight magazines are a great way to do so.

To put it simply, In a world that’s gone fully digital, inflight magazines represent a unique opportunity for marketers to reach out to an audience that will, in all likelihood, pay full attention to your message. So take the non-traditional route — trust me, you won’t regret it!

Be the first to comment on "Let your marketing efforts take flight!"