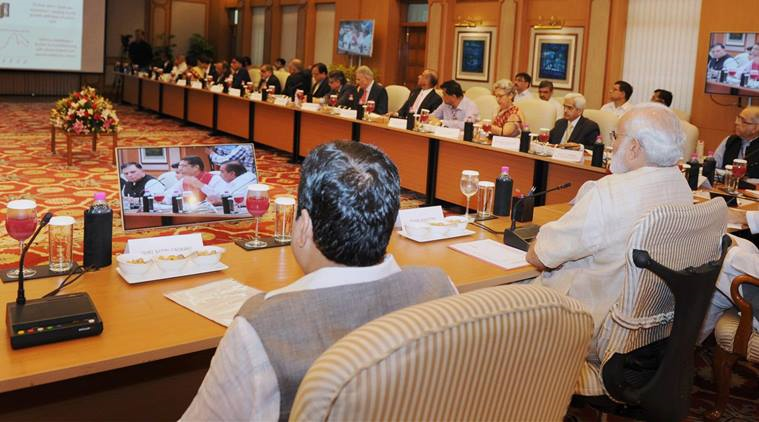 Last week, I had written about Congress leader Rahul Gandhi’s hug in parliament to Prime Minister Narendra Modi, and sketched out its many contours — and how the supposed expression of love to shift the agenda from divisiveness had its own pitfalls. This week, it is Modi’s turn to face a similar analysis after he asserted that he had no qualms in publicly meeting industrialists (Read: Rich tycoons) because they also contributed to nation-building.

More important, he invoked the example of the friendship between Independence leader Mahatma Gandhi and industrialist Ghanshyam Das Birla, who shared a close friendship, to suggest that if one’s neeyat (intention) was clean, there was nothing to fear from being seen in public with industrialists.

Modi perhaps deserves some praise for shedding some hypocrisy in public life but only the naïve would believe that his transparent (some would say brazen) attempt at justifying his position would leave his reputation unharmed or that his claim of honesty would be taken at face value. The fault perhaps lies not in Modi but in the very manner public discourse takes place in modern democracies: you can gain or lose face by imagery and association with some people. A lot depends on the context.

Modi has been facing criticism that his government helps big businessmen. If that creates jobs, improves the state of the economy and keeps inflation in check, the aam aadmi is likely to take his statement at face value. However, if he fails to deliver on things like controlling black money or creating jobs, social psychology is such that an increasing number of people would give more credence to his critics.

Reputation based on bold moves, be it a hug in parliament to an opponent such as the one tried by Rahul Gandhi, or the open statement defending a public closeness to industrialists as demonstrated by Narendra Modi, both fall in that category: it is 50 per cent what they say and 50 per cent what people think they mean.

Modi made his claim in a year when fugitive diamond merchant got into trouble with law enforcers in a fraud involving public sector Punjab National Bank weeks after he was publicly photographed in a group with the prime minister at the elite retreat of the world’s rich and famous people in the Swiss Alps town of Davos. The Congress targeted him immediately on that.

The prime minister’s reference to the relationship between Gandhi and Birla is interesting but it has two key facets that are often forgotten: Gandhi advocated progressive, people-friendly capitalism as an ideology and his friendship with Birla goes back to the days when Gandhi was still struggling against British rule. Birla was then not a tycoon but a supporter in difficult times.

How does all that weigh in the backdrop of Rahul Gandhi calling Modi’s government as ‘suit-boot ki sarkar’?

The answer to that is: “It depends on who you are talking to and when.”

Honesty is usually the best policy in public life but reputation is often a play of lights of various colours on a stage. My view is that Modi spoke of “nation building” but democratic discourse is often about who within a nation gains or loses from a government’s conduct. Open statements can be a double-edged sword and a lot depends on the backdrop.

Be the first to comment on "Modi’s association with industrialists is tricky: Imagery can be a double-edged sword"

A whiff of the ‘patriotic’ magic