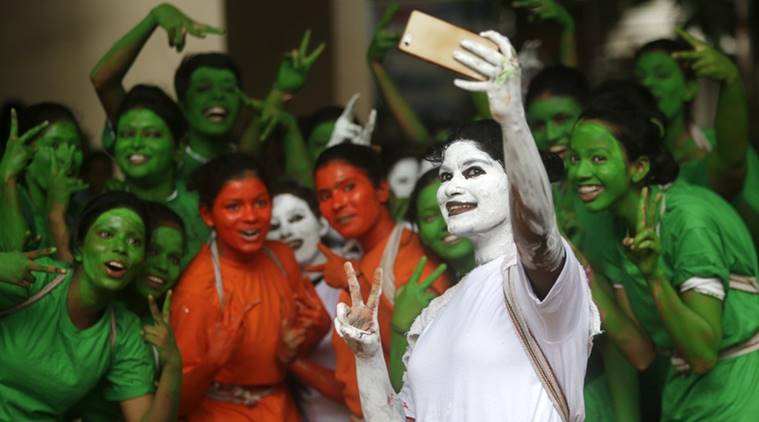 One of the most fascinating phenomena in Indian politics is the co-existence of the old and the new; in an indigenous hybrid avatar. While with every election cycle, we continue to see new ideas, assets, strategies and tactics of practicing politics emerging, some qualities of politicians and political parties remain bolted down firmly. The new-age politician in India can be hyperactive on Twitter on one hand, while still unfailingly stick to a white kurta as an attire. It’s often a tough task of subtly embracing the new while preserving the old.

As far as evolving oneself with changing times is concerned, the former have little incentive while the success of the lateral is directly dependant on it.

Somewhere in the generation where millennials grew up, the idea of a politician with minimum educational requirements transitioned from semblance to the average Indian to questionable competence. Or at least that’s what the parties appointing them thought and what appeared to have been the case. However in our current Lok Sabha, the number of under-matriculates has risen almost 3 folds to 13%, while the fraction of graduates and above has remained the same. But a qualitative look into the disciplines of MPs as well as candidates, reveals that education is being treated more than just a qualifier for becoming a candidate, but extensively as an asset to becoming more informed. Many politicians today opt for learning programmes specifically on the understanding of law, policy and bureaucracy, besides those meant to better their managerial skills. Milan Vaishnav 2017 book “When Crime Pays” profiles Indian politicians in this manner extensively.

In a country where 2 Crore youngsters turn 18 every year, it is imperative for the new-age politician to pay attention to what technologies and media consumption habits they bring to the forefront. In less than half a year when India votes for the General Elections, at least 10 Crore Indians maybe voting for the first time. To put into context, 100 Million voters in the next elections were 13 years when Facebook bought WhatsApp. Naturally in order to converse with them, politicians, especially mass leaders must embrace such platforms around which their conversations revolve. This does not necessarily mean becoming an expert yourself, but to have enough specialists around you who can guide you on how to use them. Consequently, more politicians today are open to subscribing to professional communications services – who can provide counsel on how best to build and leverage following on variety of platforms. What is important to note is that central to all these platforms is content. Increasingly, platforms are incentivising their maximum use (rather than optimum use, as was the case with Facebook before 2013-14). So more content means greater likelihood of followers and engagement.

When the current administration came into office, we saw many of its senior and junior politicians amplify their presence on social media. The Prime Minister’s attitude towards social media perhaps became exemplary for the new age politician under him. In the course of the four years after, social media platforms become a thing of utility, connecting with constituencies including solving grievances, banter and political discourse. We have explored previously the consequence of Twitter to-and-fro in Karnataka elections and the boundaries that they follow vis-à-vis the propriety of Sushma Swaraj blocking people on Twitter.

On a rather personal level, new-age politicians in India must be capable of engaging multiple stakeholders at the same time. No one is less or more important than the other. When it comes to understanding and addressing the varied motivations of constituents, opinion leaders, media, and public at large, versatility helps. Time management skills help.

In no way am I suggesting that the typical assets of a conventional politician (wealth, networks, dynasty, caste, religion etc.) seize to matter. Unfortunately, they are uncompromising. These technocratic traits are just an added amplifier.

What else do you think defines the new-age politician? Comment below or write to me at @HemantGaule on Twitter.