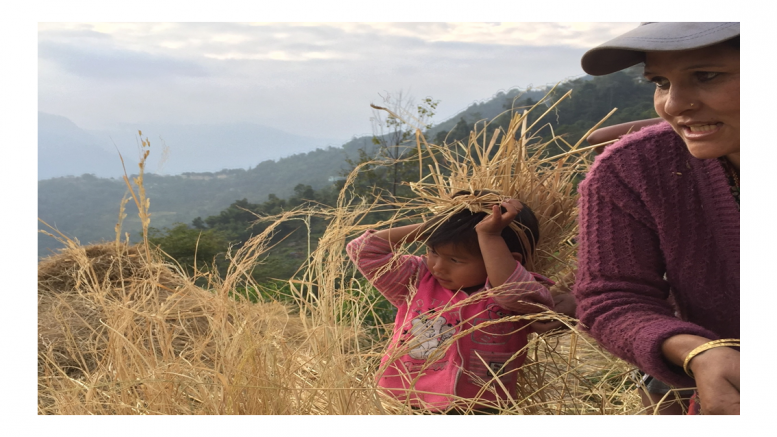 I remember when I was five years old, my dad, a doctor with the Sikkim Government was to travel to US for an official assignment. At that time, my brothers and I were staying with our mother in Darjeeling – we were studying in Convent Schools and mom was doing community service in the village.

When this news broke, of my dad going to ‘America’, some sort of pandemonium broke loose in our village. After school I would come back home to a crowd outside our house. People were keen to know if my dad was in. It was quite confusing and chaotic especially for us, children. My mom summoned my dad with some urgency from Gangtok, a day before making that trip to the US.

That night we had visitors entering our long snake-like house from one end, chatting with our father and out from the other end. Sleepy as I was, burring in the cold, I got up to the excitement anyway. I saw flurry of visitors, mostly my relatives and other villagers come in, one family after another to visit him.

So what did they want with my dad?

As my dad carried me up and put me on his lap, the haze started to clear – Curious, enthusiastic people were asking my dad about his achievements. The fact that someone they grew up with became a doctor and the head of doctors and now he was also going overseas, all the way to Americas was stuff that make up ‘Breaking News’, these days. My father, a big fan of Baron Munchausen*, was telling his story with aplomb, enthusiasm and with great care to make it fun and inspirational.

There was, at the end of each story, what seemed like a ‘Q&A’ as people asked him tips on studying better, on schools and colleges, on making and saving money, on dressing well and surely work-life balance (based on other people’s account because I was too young to understand everything).

They got him gifts to take during his travel – some got him dalle (a variety of chilli found in the hills), while some others got him beaten rice, avocados from the forest we lived next to, even Horlicks and whatever they could get their hands on. Everyone wanted to be there in our house that day just to hear him speak about what got him there. Everybody wanted to be a part of his story. He patiently answered to all the queries and graciously accepted their gifts, even though his suitcases were all packed and he had to be up before sunrise to travel to the airport four hours away from there.

For us, or atleast for me, it took years to understand what was actually happening. I have different versions of this story from different people but all have a common thread. It was only until later, I understood that my dad’s achievement meant the world to his community. I don’t think my dad himself recognised the magnitude of the effect of his achievements, until that night. He seems to have unconsciously inspired the whole village.

We often hear that a life lived for others is a life well lived. That’s a tough one especially since not all of us proactively can afford to or are inclined to work for our communities, for whatever reasons. However, the beauty is that you could be inspiring someone simply by doing the best you can, being the best at whatever it is that you are doing and of course passing on the things you know well. You could be a ‘Atticus’** fighting silently and alone for what is right or a ‘Maya Angelou’ who used her adversity to read and learn to become one of the most inspirational figures of our times. While we constantly think of those who inspire us, we must not forget our own power to inspire.

Inspiration can come from anyone, and it could be you. So watch out, you could be inspiring someone. Don’t let them down!

*Baron Munchausen is a fictional character in a book by Rudolf Erich Raspe. It’s a wonderful exaggerated tale of his adventures, which now and again I pick up to read.

**Atticus I am refering to is a fictional character in Harper Lee’s To Kill A Mocking Bird and not the well known Canadian poet.

3 Comments on "Watch out, you could be inspiring someone!"

How to attract target audiences in small towns?

Digital marketing trends that dominated the first half of 2020