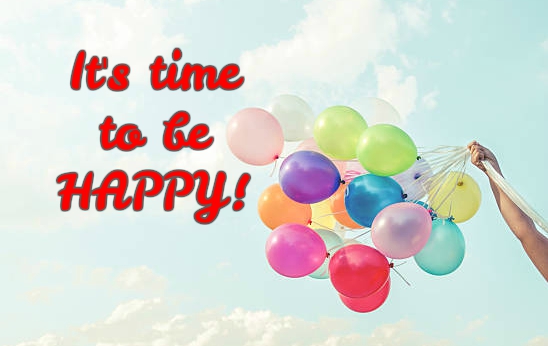 Our equation with happiness remains ever-prominent, as we have always been trying to reach out to happiness. Everything we do in life is, at the end of the day, in pursuit of happiness.

Now it seems humans will actually be very happy to meet aliens, according to a recent research. In fact, humans may be happy if aliens invade earth. Hollywood has exposed us to the world of aliens. Even Bollywood had brought the magic of Jadoo alive. This research delves into how people would feel about meeting extra terrestrials, and it shows that we would be far more positive than what people may be otherwise think!

“It is not in the stars to hold our destiny, but in ourselves,” said William Shakespeare, the greatest writer of all times. And talking about starry happiness, time has come for us to consider seriously, whether our school children need lessons in happiness. We can shape the destiny of students, if we act in a planned manner.

We all know about the stress-packed lifestyle of school students. The challenges in the school system have gone beyond the basic learning issues and academic results.

The recent shocking incidents that we have been exposed to, in schools in the National Capital Region (NCR) have been highly disturbing. Now, some action is happening. The Delhi government just announced the launch of ‘happiness classes’ in its schools from April this year, and schools are going to get more engaged with students. A ‘happiness curriculum’ is to be introduced from nursery to Class 8, which could be an effective tool for teachers to track and address early warning signs among students. A stitch in time, saves nine, as they say.

The conditions that students are exposed to are multi-layered – there are issues of peer and exam pressure, stressful expectations from family, bullying, self-harm, violence and so on. Internalised behaviour symptoms are common today – anxiety, inhibition or depression. Recent incidents of extreme violence – of a student allegedly killing his junior to get an exam postponed, a group of boys purportedly beating their classmate to death for a wristband, a teenager reportedly killing his mother and sister because he was being constantly compared to his sibling – reflect an alarming pattern.

The challenges in the school system are alarming and students are facing a psychological crisis that is getting out of hand! These will now be in the spotlight, and teachers will have to go that extra mile, to find solutions. The ‘happiness curriculum’ could be an effective tool for teachers to pick up and address early warning signs among their students.

Promoting happiness in classrooms is not a new idea. Schools in Britain introduced such programmes in response to growing concerns about deteriorating mental health among children. A school in Wiltshire, had launched a happiness course in 2015, adopted one key idea each term – like grit, growth mindset or resilience, and explored it. Changes were noticeable within a year! Happiness classes can also be a good lesson on the value of social connections – a factor that is getting jaded in the times of online social networking. Interestingly, in its 22-point criteria for building happy schools, UNESCO in 2016 rated ‘friendships and relationships in the school community’ as the most decisive factor!

Conforming to this line of thought, a recent study also revealed that significantly, relationships – both with teachers and peers, are what predicted students’ happiness.  The study also highlighted a significant correlation between happiness and better grades even during the early years in school. So, Delhi’s ‘happiness class’ initiative seems to be on a winning wicket!

Happiness is widely accepted as the central goal of life. It is, in fact, accepted as the only universal goal. Can happiness be considered a pursuit? Brands believe so. Coke has been promoting “Open happiness”. And Disney says it is “The happiest place on earth”. Yes, the Coca-Cola brand continues to deliver doses of happiness to a world that is just that secret formula. Does it seem we are getting closer?

Be the first to comment on "Pursuit of happiness: well within reach?"

Transformation, Technology and Talent: The new way to communicate